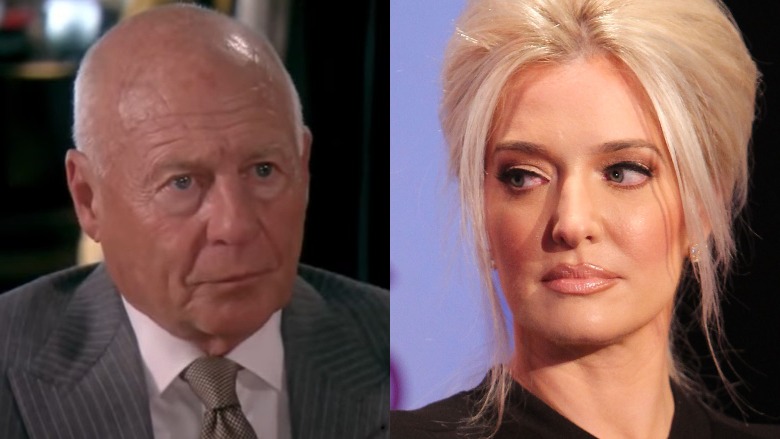 The proceeds from the sale of the RHOBH star’s three-bedroom home will be used for legal fees and creditors, including $ 548,000 to Ruigomez creditors and $ 335,000 to Girardi’s bankruptcy attorney Ronald Richards, according to The Daily Mail.

The house was built in 2005 and is 3,708 square feet. It has a pool and is located on an opulent golf course. The interior of the home has marble countertops, two stoves, and a three car garage. A guest house also belongs to the house. All furnishings are included in the purchase.

Check out photos of the interior and exterior of the house on the NY Post.

The NY Post also reports that the sale is currently pending and is the second attempt to buy after the first failed.

The house was a topic of conversation on the August 11th episode “Real Housewives of Beverly Hills”.

The cast were traveling to Kyle Richards’ La Quinta house for the weekend when the lawsuit and divorce were exposed.

As a result, Jayne says that she and Girardi own a house in La Quinta that she has never seen and does not know the address.

“I asked about the house or property in La Quinta and never got a straight answer,” Jayne said on the show. Some of the ladies thought the house had been sold, but Jayne wondered how that was possible without her knowledge.

The ladies also joked about trying to find the house and even looked up their names on the register of residents, but no address was listed.

Vulture.com drew up a timeline of events starting with Jayne filing for divorce from Girardi in November 2020. Their 21-year marriage ended just before news of the embezzlement claims came out.

The plot of “Real Housewives of Beverly Hills” this season revolved around her mental state during the allegations and the doubts her fellow actors have about their innocence or guilt.

Girardi’s law firm Girardi & Keese owes $ 101 million and allegedly misappropriated $ 2 million in funds from a settlement intended to benefit the families of the victims of the 2018 Lion Air plane crash. Jayne is also being sued for $ 25 million, which they claim was used on her lavish spending over the past 12 years, according to The Daily Mail.

Jayne denies knowing anything about the embezzlement. In 2020, Girardi claimed Jayne knew about everything and simply said, “I think she does” when asked about her knowledge by paparazzi outside a Los Angeles restaurant, according to Page Six. Her estranged husband now lives in an assisted living facility and suffers from dementia and Alzheimer’s disease.

“Dementia affects his ability to understand hearing. His emotional distress is directly related to his dementia and is made worse by his confusion, ”wrote Dr. Nathan Lavid in an affidavit received from Page Six.

The Real Housewives of Beverly Hills reunion is slated for October 13th, and the trailer features clips of Jayne being grilled by Andy Cohen regarding the case.