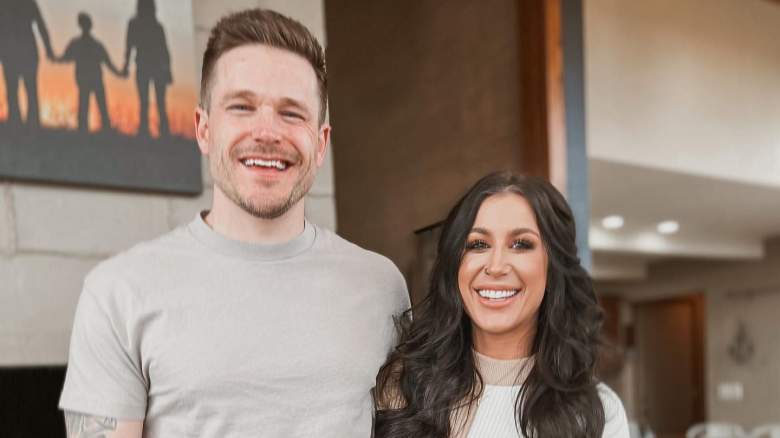 Former Teen Mom 2 stars Cole DeBoer and Chelsea Houska were thrilled to make the announcement via social media on May 18. The couple said they are “enlarging” their family by adding two alpacas to their mini-farm.

“New members of the DeBoer family,” Houska captioned a picture of the two animals via Instagram Stories. The alpacas, whose names are not yet known, have different colors: one is cream and the other chestnut brown.

DeBoer also announced the arrival of the alpacas via Instagram. “When a trailer pulls up with a surprise from my wife!! 😂🙌🏼,” he captioned the update.

The photo shows DeBoer smiling for the camera and her 3-year-old daughter Layne who has her hands on the alpaca and is grinning broadly.

Houska is also the mother of 12-year-old Aubree from her relationship with ex-boyfriend Adam Lind, 5-year-old Watson and 1-year-old Walker June.

The alpacas may be the only ones of their kind on the DeBoer property, but they certainly aren’t the first animals to be added to the family.

In December 2021, the DeBoers welcomed a mini Highland cow named Todd to their property. Todd joined two mini Highland cows ahead of him, Nelson and Steve; and two goats named Lou and Dixie.

The DeBoers also have three dogs: a Great Dane named Phil; Barara the pug and Dale the basset hound.

The first pet DeBoer and Houska ever brought together was a pig named Pete, who still lives with them.

Social media users on Reddit rejoiced that DeBoer and Houska were expanding their family.

“Oh my god Chelsea is living the dream I love alpacas,” said one person.

“I’m literally jealous. I would have loved to have grown up surrounded by farm animals,” wrote a second person.

“They have the cutest farm animals that are clearly loved and spoiled,” chipped in a third.

When Houska and DeBoer were on MTV — until they left in November 2020 — their pets made infrequent appearances on Teen Mom 2.

Back in 2018, Houska revealed that the animals became frightened around the cameras, so she wouldn’t let them be filmed.

“I’ve said this before, but when there’s a crew of 6-10 plus Cole, I, and the kids in my not-so-large living room, my animals get scared.” she tweeted on July 10, 2018. “I’ve found that it’s easier to have them downstairs (with a huge couch to relax on and the TV) when everyone’s there.”

It’s not clear if the animals will be featured in Houska’s new show Farmhouse Fabulous, which is set to air on HGTV in Spring 2023.

Houska’s children, as well as their parents, will make cameos in the series.

She and DeBoer are currently renovating homes in South Dakota. The couple developed their passion for DIY while building their own home from the ground up. They launched the Instagram page called Down Home DeBoers and amassed a following of over 700,000 people.

With almost 9 million followers, HGTV was confident a home makeover series starring Houska and DeBoer was worth trying.

“Chelsea and Cole are spirited young entrepreneurs breaking new ground in the home renovation business,” said Betsy Ayala, HGTV’s SVP, Programming & Production, in a press release cited by Deadline. “We will showcase her optimism and youthful creativity throughout the series and we are sure her 8.6 million Instagram followers will love every minute of it!”