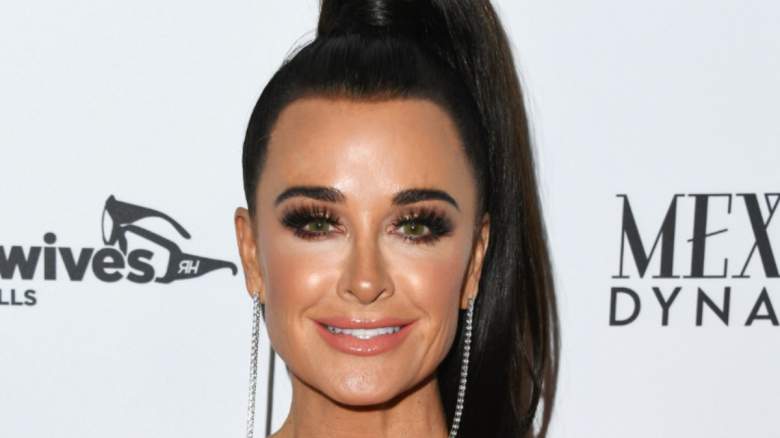 Kyle Richards celebrated her 53rd birthday on January 11, 2022 and several of her friends shared photos and videos of her in honor of her special day. One of those photos was shared by Richard’s Real Housewives of Beverly Hills co-star Erika Jayne.

“Happy birthday [Kyle Richards]’ Erika Jayne captioned the post. She went on to call Richards the “heart and soul of RHOBH.”

Richards and Erika Jayne have been friends for many years and appear to have become closer over time. In fact, Richards was one of the first housewives Erika Jayne confided in as she went through some major life challenges involving her soon-to-be ex-husband, Tom Girardi.

And while Richards may have appreciated the special message from her buddy – “I love you!”

Shortly after Erika shared the picture of her and Richards, fans took to the comments section to express their thoughts – and many found the picture was so heavily filtered that Richards didn’t even look like herself anymore.

“I haven’t [watched] last season but I’m pretty sure that’s not Kyle,” one person commented.

“You all don’t look like it,” a third person wrote, adding the eye-roll emoji.

“Um, too many surgeries. Kyle is unrecognizable,” read a fourth comment.

“Is that supposed to be Kyle!???” someone else asked.

“What did you do to Kyle?” read another question.

Richards and Erika Jayne did not respond to any of the comments on the photo.

Richards’ face has changed in recent years in part thanks to a nose job she had back in 2020. According to Bravo, the RHOBH star chose to go under the knife to fix a bone that was sticking out after breaking her nose in 2019.

“Since so many of you have been speculating as to what I did or didn’t do to my face…here’s your answer. I fixed my nose. I broke it last September and the bone sticking out bothered me. So I fixed the bone, fixed my breathing issues and refined the tip,” she explained on her Instagram Stories.

Aside from changing her face, Richards explained that she slept better after the surgery.

“My husband was nervous because I didn’t look like me and even he’s happy with the result,” added Richards.

In December 2021, Richards said she would no longer do face or body customization. “I am not seeking any further surgery,” she told InTouch magazine via the Daily Mail. “People keep asking me if I’ve done anything, but I haven’t done it. I haven’t even had botox lately because I want to be able to move my forehead in movies to show expression like in ‘Halloween Kills,'” she added.