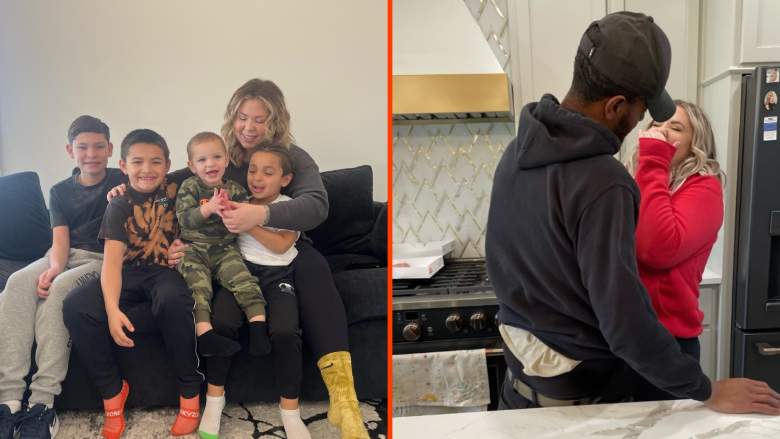 Lowry joked about her boyfriend Elijah Scott waking up from a nap to find a kitten lying next to him.

“If you haven’t agreed to getting kittens, but wake up after a nap to new kittens in the house

The post received more than 1,000 reactions and dozens of comments from fans in the group. “He would also find a new landing spot if I was woken up by cats,” co-host Lindsie Chrisley joked back.

In an Instagram Story post on “Coffee Convos,” Lowry revealed that she rescued the kitten from the shelter on June 15.

“Adding a new fluffer to the cat gang,” she wrote. “Lux named him Pikachu.”

Lowry mourned the loss of her French bulldog, Gizmo, who died in April.

Lowry has been inundated with pregnancy rumors ever since she confirmed she was dating Scott.

Lowry, the mother-of-four, hasn’t ruled out a fifth child – but she hasn’t confirmed she’s expecting another, either.

If she were to have a baby with Scott, she would want him to do genetic testing to make sure they would have a healthy baby together. Lowry discovered that she is a carrier of Spinal Muscular Atrophy and she is unsure if Scott is also a carrier.

“If we’re going to start family planning, he needs to be tested for it,” Lowry told friend and assistant Kristen Hook on Coffee Convos.

“You have to think long and hard about whether or not this would be a deal-breaker for you because I’m not willing to have kids with someone who also has this marker,” she said.

“I told him that if we can’t have kids together, that might be a disqualification for you,” added the Deleware native. “You should think about that. I don’t want to deprive him of that.”

Lowry may not have ruled out having a fifth child, but that doesn’t mean she has any urge to expand her family.

The mother-of-four said she likes her life the way it is right now.

“I feel complete with my four children,” the podcast host said on Coffee Convos. “I feel really complete and when people ask me if I would have another one.”

“If I’m dating someone who doesn’t have kids of their own, I’d think twice, I’d definitely go through it — I don’t want to say pros and cons — but I’d definitely look at the bigger picture and decide from there,” she said .