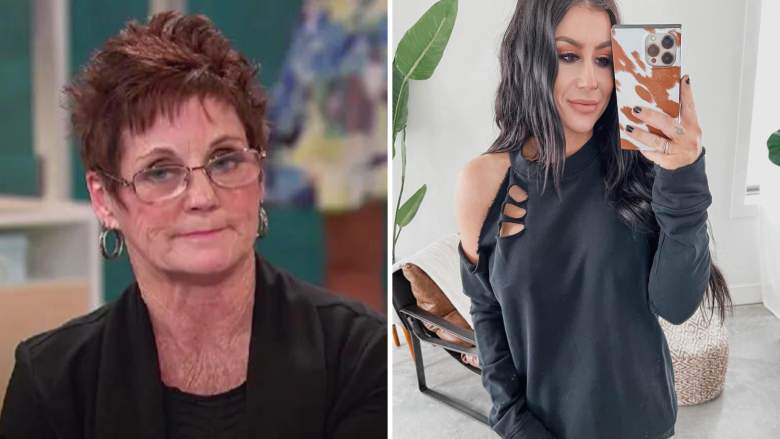 Some fans are convinced that Barbara Evans and Debra Danielsen, aka DebzOG, are returning to Teen Mom.

The picture was posted to Instagram by Kayla Sessler, one of the original girls who appeared on Y&P. Also in the photo were Briana Jaramillo, Madisen Young and Kiaya Elliot.

Sessler captioned the photo “OG’s,” but didn’t provide any further context as to what was going on or why they were hanging out with Evans and Danielsen.

MTV dismantled Teen Mom 2 and Teen Mom OG, and the final season of Teen Mom 2 aired in May 2022. They combined the shows to create Teen Mom: The Next Chapter. Jenelle Evans and Farrah Abraham are not expected to appear in the series.

Kailyn Lowry says she was invited but declined to attend. It wasn’t clear if Chelsea Houska received an invite, but she will return to television in Spring 2023 with her home renovation show on HGTV called Farmhouse Fabulous.

The Next Chapter doesn’t have a premiere date yet, but DeJesus suspected it will air after the current season of Young & Pregnant wraps.

Sessler said on Instagram Stories that she was filming, but it wasn’t a reunion for “Y&P.”

Her daughters may not be on the show anymore, but that doesn’t mean fans don’t want to see more of Barbara Evans and Debra Danielsen.

The photo shared by Sessler caught the attention of fans on Reddit.

An original poster shared the image on Reddit, drawing the attention of dozens of people across the internet.

“Very curious as to what this ragtag crew might be filming together. The OGs must be there too, right? Right?” one person wrote.

A few people have commented on how Jenelle Evans would feel if her mother returned to the franchise without her.

“Just waiting for Jenelle’s inevitable breakdown over Bab’s filming with MTV,” said one of the most popular comments.

“Jenelle is kicking and screaming right now. Barb definitely got yelled at and blocked for it,” snarled another fan.

Jenelle and Barbara Evans were fired from MTV in 2019 after David Eason shot and killed their dog, a French bulldog named Nugget.

Eason was fired from MTV the year before for making homophobic and racist comments.

At the time, Barbara Evans said it wasn’t “fair” that MTV cut ties with her family and not Portwood after she was arrested for domestic violence.

“Why would Jenelle and I lose our money and why is MTV supporting Amber when Jenelle and I did nothing wrong?” Barbara Evans told Radar Online. “We were also on the show for 10 years and they stopped filming with us.”

“Jenelle and I made equal amounts of money,” Barbara Evans added to Radar. “I make as much money as Jenelle and the other girls on the show. That’s not fair.”