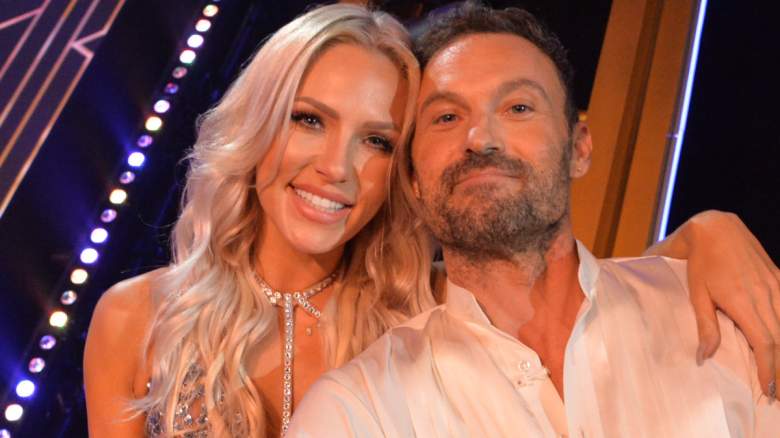 Sharna Burgess welcomed her first child with beau Brian Austin Green in June 2022. The Dancing With the Stars pro has been romantically linked to Green since late 2020.

“I don’t have any words that can do it justice yet. I know that when I look at him I get tears at how wide my heart is broken and how deeply and unconditionally I love him. I know I’ll never be the same again. I realize I never knew love of this kind or ability existed and it’s wonderfully overwhelming to process,” Burgess captioned an Instagram post when her son Zane was just days old.

Burgess has been sharing updates about her little boy, and fans have enjoyed seeing photos of the baby as he’s grown and changed over the past few months. On September 5, 2022, Burgess shared a new picture of Zane and fans couldn’t get over how much he resembles Green.

Burgess shared a picture of her beaming boy and fans were quick to take to the post’s comments section to react.

“We took our morning ritual selfie and I actually gasped. Someone had a serious growth spurt (or at least their head did lol) and I’m not feeling well. I didn’t even realize it until I saw it on screen. He clearly isn’t listening when I tell him to slow down…side note…this kid loves a camera as much as her mommy,” Burgess captioned her post.

In the picture, she and Zane appeared to be lying in bed looking at the camera. Zane has a slightly questioning look on his face.

“He looks so much like Brian,” one person wrote.

“Your eyes are a little baby Brian,” added another.

Although Burgess was originally scheduled to return to the ballroom for season 31 of Dancing With the Stars, she made the last-minute decision to take the season off to spend time with her newborn.

“I have some news to share with you guys because I keep getting so many DMs about it,” Burgess said on her Instagram Stories. “After a lot of talking and thinking and really trying to do the right thing and talking a lot with Deena Katz, who is our casting director but is also a second mom to me, I’ve made the really hard decision to end this season of not to do Dancing With the Stars. A list was released saying I would be a pro and I won’t be,” she continued.

“I’m at 100% with my body, I feel fit, I feel strong, I’m so ready to dance. I’m going to the gym right now. We’re going to talk about what that means and how I can be a part of it [the show] but I wasn’t ready to be away from Zane at least 10 hours a day,” she explained.

Burgess later clarified that she wasn’t leaving the show, just taking a season off.

CONTINUE READING: Here’s why Sharna Burgess may only have 1 child