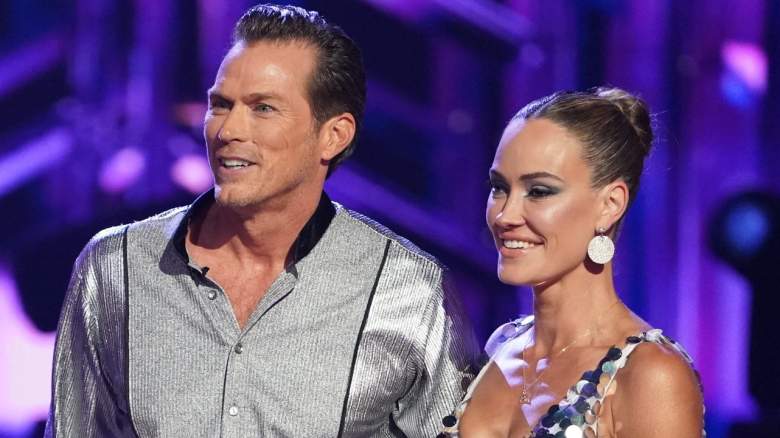 Dancing With the Stars professional dancer Peta Murgatroyd has revealed that her season 31 partner Jason Lewis was willing to make a huge sacrifice for the show, only to disappointingly be sent home first.

Here’s what she had to say about her partner and why he was willing to go beyond what most contestants are willing to do.

In an Instagram story after they were first eliminated on season 31 of “Dancing With the Stars,” Murgatroyd had nothing but praise for her partner, revealing he was willing to sacrifice a full three months to fully embrace himself to dedicate to the show.

“Jason cleaned up his schedule for the three months, he gave me everything he had the whole time and honestly not a lot of people do that,” Murgatroyd said. “A lot of people have other things, they’re not going to stop what they’ve been doing before, but he really took his time and he was a great partner.

She went on to say that he was just so nervous and the first show is always the hardest.

“Unfortunately, nervousness and fear can get the better of you and that was ultimately our biggest fight. I knew that but we did our best to cover it up and make sure he was as comfortable as possible,” Murgatroyd said. “You know he’s never done this before and I take my hat off to him because going on the first show is very discouraging. It’s the hardest part, you don’t know what to expect and I’m just super proud of him.”

Some fans felt it was kind of unfair to send people home on the first night because, as Murgatroyd said, the show should maybe give them a week before the eliminations start. But Murgatroyd said she’s just trying to stay on top of her feelings and relax from the whirlwind of the season.

“Feeling all the feelings about what just happened Monday night…when you’re on the show you don’t really get a chance to actually do that. It’s just go go go go go. Once you’re gone it’s like we decompress for a second,” Murgatroyd said in an Instagram follow-up Story.

In her Instagram Story, Murgatroyd said that being a pro on “Dancing With the Stars” can be “tough” when you get “someone you really don’t get along with” or “you don’t click with.”

“[If] They don’t have cool vibes together, so yeah, it’s going to be difficult to spend time together,” Murgatroyd said. “But this guy was the sweetest, the nicest, he’s passionate, he’s driven, he wanted to be there, he gave me everything and that’s really all I could ask of him.”

On his Instagram, Lewis posted about the show and said he’s “extremely grateful” for the opportunity.

In the comments, Murgatroyd wrote, “You are my champion!”

Competitor Daniel Durant added: “You did your best and are so proud of yourself! You are a beautiful soul man.”