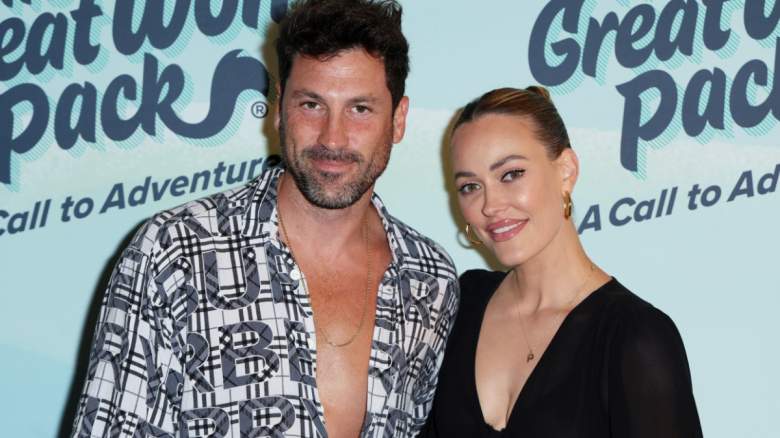 Professional Dancing With the Stars dancers Peta Murgatroyd and Maks Chmerkovskiy once split for a year, Murgatroyd revealed in an Instagram post celebrating Chmerkovskiy’s 43rd birthday.

In the post, Murgatroyd, 36, recalled the abrupt end to the couple’s relationship.

“Our journey was perfect for us… A year-long obsessive electrical relationship that ended abruptly…picking up right where we left off when we both got together,” she wrote in the post, which featured a much younger, shirtless Chmerkovskiy, who bends in the gym. “I have photos from our In-Between time when we were still together but not technically together and it makes me laugh how hard we tried to keep our distance.”

According to Us Weekly, Chmerkovksiy and Murgatroyd first met on Broadway in 2009 and began dating three years later while dancing as professional dancers on “Dancing With the Stars.” They broke up a year into their relationship, but got back together and Chmerkovskiy proposed in 2015. The couple tied the knot in 2017.

They welcomed their son Shai in January 2017 and are currently expecting their second child.

“This was the first picture Maks sent me of himself when our promotion started,” she wrote. “In true Maks fashion he was very proud of his gym body and of course I was head over heels in love (not at first sight but close by) haha. I came across this picture while looking for photos for my father’s funeral and going back in time and looking at our relationship made me very emotional. I’m pregnant too, so I’m on insane hormones right now.”

Murgatroyd went on to say happy birthday to her husband and.

“My love, the love of my life, I wish you much joy, peace and light on your birthday,” wrote the dancer. “You deserve everything and more. Thank you for being the best husband and father.”

Murgatroyd waited until she was into the second trimester of her pregnancy to announce she is expecting. She and Chmerkovskiy decided to wait because they were “skeptical” the pregnancy would be viable, she told People.

The dancer has been open about her infertility journey and IVF hopes throughout the process, although she shared in an Instagram post that she had given up hope of going on her second round of IVF.

“I literally prayed to the gods about it, but it’s so funny because I was at a point where I allowed it [the idea of pregnancy] go,” she told the outlet. “I was just about to call. I had called the IVF doctor to start my second round again and I had let it go. As in I thought, ‘If I’m a one-time mom, if I have a kid for the rest of my life, I’ve got to be content with that.’”

She concluded, “I think that was a catalyst for me too, for my body and my mind and spirit, to let it go and move on and not have this harboring feeling inside of me that I needed more. And just being thankful for what I have.”