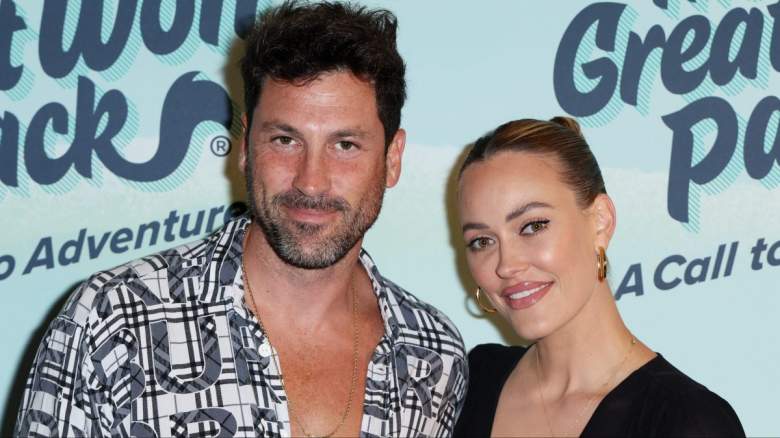 Dancing With the Stars pro dancer Peta Murgatroyd and her husband Maks Chmerkovskiy are on vacation with their son Shai, who is celebrating a big milestone.

While on vacation, the couple’s five-year-old son Shai lost his first tooth, Murgatroyd revealed on Instagram.

“It FINALLY came out and we think he swallowed it,” Murgatroyd wrote alongside a photo of her smiling next to Shai, showing off his now-missing tooth. “I turned around after cleaning up breakfast and it was gone, literally swallowed without Shai knowing OR the tooth fairy took it.”

She added: “The latter we say to Shai because he was very upset when he thought he wasn’t going to get any coins from the tooth fairy haha…. I think it went down with that [apple] at breakfast.”

She also shared a photo of Chmerkovskiy smiling and pointing to the missing tooth.

Alongside the photo of the missing tooth, Murgatroyd shared a series of pictures from the beach vacation.

“Some wholesome pics to get my heart pumping,” she wrote in the caption.

For his part, Chmerkovskiy shared an adorable tribute to her son.

“My husband and I,” he wrote. “My heartbeat. … This love is unlike anything else and only gets stronger when done right. Fatherhood is by far the toughest and most rewarding job I’ve ever had. Immediate reward with the best long-term ROI.”

He added: “Also, a dad and a dad are not the same. If you have kids, be great at the most important job you’ve ever had.”

Chmerkovskiy spoke to E! News of where the couple stands now after their first in vitro fertilization journey was unsuccessful.

“We still want a family that’s bigger than us,” Chmerkovskiy, 42, told the outlet. “We’re still going to continue our trials and we’ll see what happens, regardless of the fact that we’ll have a larger family, whether it’s through adoption or whatever that might be.”

The dancer added, “This isn’t over for us.”

Murgatroyd opened up to People in an interview in June 2022 about having had three miscarriages since 2020.

She told the outlet about her first miscarriage, which she remembered happening in a Whole Foods bathroom. Chmerkovskiy told the outlet the moment was “as dark as it gets.”

“I think the darkest part is when the person you’re in love with calls you and they say they miscarried in the bathroom, that’s about as dark as it gets,” he told the outlet.

In some good news for fans of the dancer, Murgatroyd plans to continue her time on Dancing With the Stars for as long as possible, she told Cheryl Burke during a Burke In the Game interview.

“I love the direction it’s going,” Murgatroyd shared. “I feel like the last few seasons have been tough. … But this season I feel like the heart is back.”