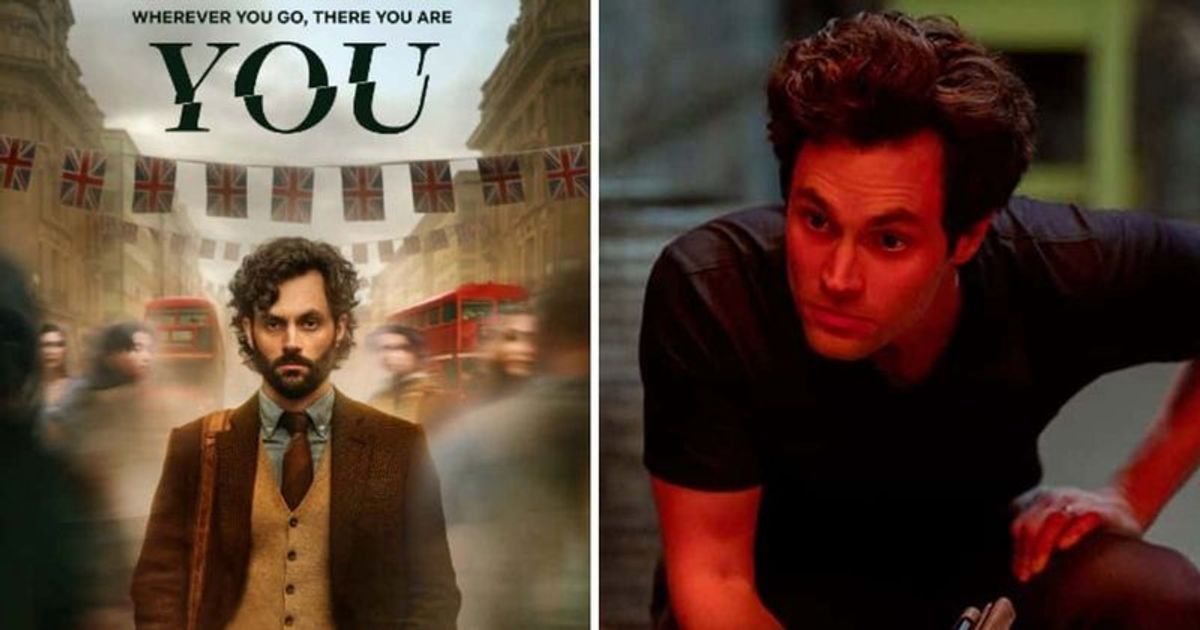 “The tone is similar, but it changes in that there’s a different format,” said Penn Badgley

LOS ANGELES, CALIFORNIA: This Thanksgiving, Netflix’s “You” fans have something to be thankful for. Penn Badgley’s red-flag-filled Joe Goldberg (or should we say Professor Jonathan Moore?) moves across the sea for this new installment, broken into two chapters. Originally slated to premiere on the streamer on February 10th and March 10th next year, the two parts will now debut on an entirely new date, which also happens to be earlier than the previously planned date.

The fourth season of the psychological thriller series was ordered by Netflix on October 13, 2021 ahead of the premiere of the third season. Based on Caroline Kepnes’ bestseller of the same name, You is about the question, “What would you do for love?” In the series, Penn Badgley plays Joe Goldberg, a man who will do almost anything when it comes to love Though the love he literally dubbed “Love Quinn” last season proved to be too much for him, he killed her, put her baby up for adoption, and faked his death so he wouldn’t leave evidence.

As previously reported, the show’s fourth season moves Joe Goldberg to London, where he adopts a new alias – Professor Jonathan Moore – and falls unreasonably in love with another beautiful woman, an art gallery director named Kate (played by Charlotte Ritchie). Don’t worry, we’ll still see his librarian mistress, Marienne (Tati Gabrielle), but like most things in Joe’s life and not Jonathan’s, this relationship continues to grow more complicated, as witnessed in previous seasons.

In an exclusive interview with ET, Penn Badgley revealed that the series will still remain the same as before, although Season 4 in particular might look and feel a bit different as the show progresses. “The tone is similar, but it changes in that there’s a different format. We use a different format,” he emphasized. “It’s almost like we’re shifting the genre slightly. And I think it’s working,” he added.

“Nothing was ever the same,” Badgley said of ‘You,’ which has its own path in relation to Caroline Kepnes’ book series, “and the book’s author and the show’s creators have always known that they always start from the same place , from the same point – Joe from the books – if you faithfully recreated him it would be hard to see. It would be really hard to see.