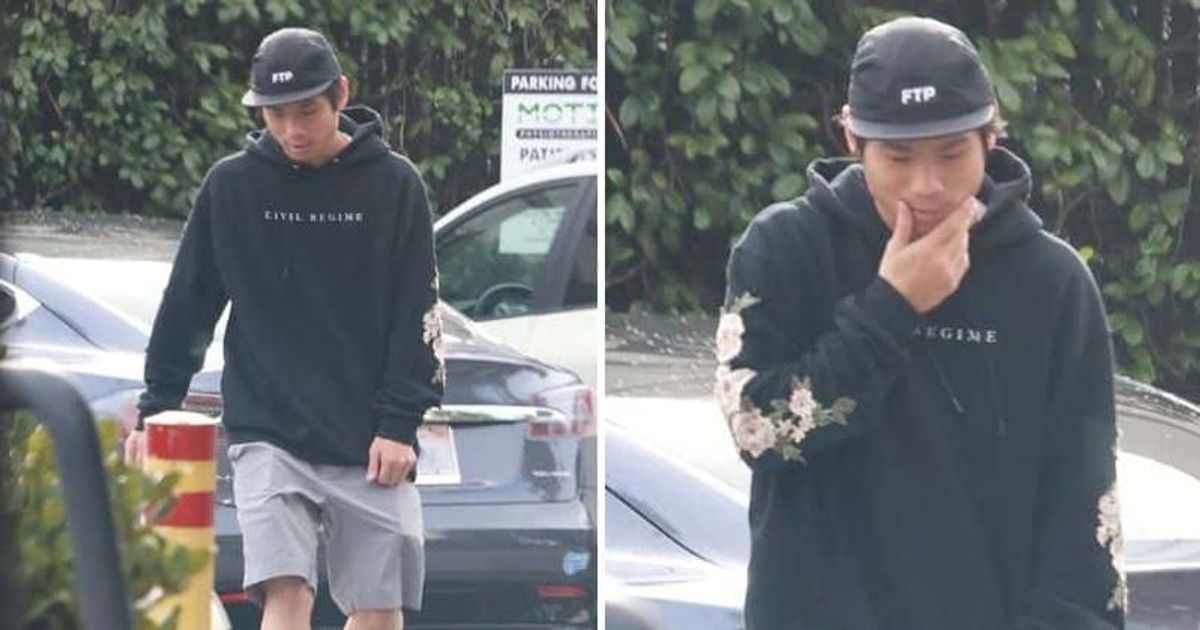 LOS ANGELES, CALIFORNIA: Pax Jolie-Pitt was seen enjoying some alone time in Los Angeles while his mother Angelina Jolie and sister Zahara went on adorable shopping therapy in Manhattan on Wednesday, January 11. Pax, 19, got out to run some errands alone at a Los Angeles clinic. He went to the outing with a casual look, wearing a black hoodie sweatshirt that read “Civil Regime” paired with gray shorts and a black baseball cap. He completed his casual ensemble with white socks and sneakers.

While Pax was spending his alone time on the West Coast, Zahara and Angelina met while shopping together in Manhattan. While exploring the Big Apple, Angelina held hands with Zahara, who is on vacation from Spelman College in Georgia visiting family. For the mother-daughter outing, the ‘Maleficient’ star wore a chic black coat paired with gray trousers and black ankle boots. Zahara wore a blue blouse, coat, pants and Converse. Angelina, 47, has a fairly busy schedule but reportedly still finds time for the six children she shares with ex-husband Brad Pitt, 59.

Who are Angelina Jolie and Brad Pitt’s children? A look at her six “very individual people”

Over the years, we’ve seen many references to Angelina and Pax’s very close relationship. For example, they were spotted grocery shopping together in Los Angeles in November. They seemed to be having fun as they went to numerous shops including Erewhon. Pax is Angelina’s second oldest child after his older brother Maddox, 21. Zahara, 17, Shiloh, 16, Vivienne and Knox, both 14, are his four younger siblings.

The actress’ children, in certain cases, have expressed a desire to work in the entertainment industry. Pax and his older brother Maddox, both 21, worked as assistant directors on their mother Angelina’s latest film, Without Blood, which starred Salma Hayek, a co-star of Eternals, and was shot in Italy over the summer. This experience helped Angelina and Pax get closer.

In an August interview with People, Angelina praised the benefits of the work her boys have done. She said, “We work well together,” she explained. “When a film crew is at its best, it feels like a big family, so it felt natural.” Pax Thien Jolie-Pitt was born on November 29, 2003 in Vietnam at Pham Quang Sang and raised in an orphanage called Tam Binh Orphan Center in Ho Chi Minh City. He was adopted by Jolie in 2007 at the age of three when she was traveling to the country with Maddox.