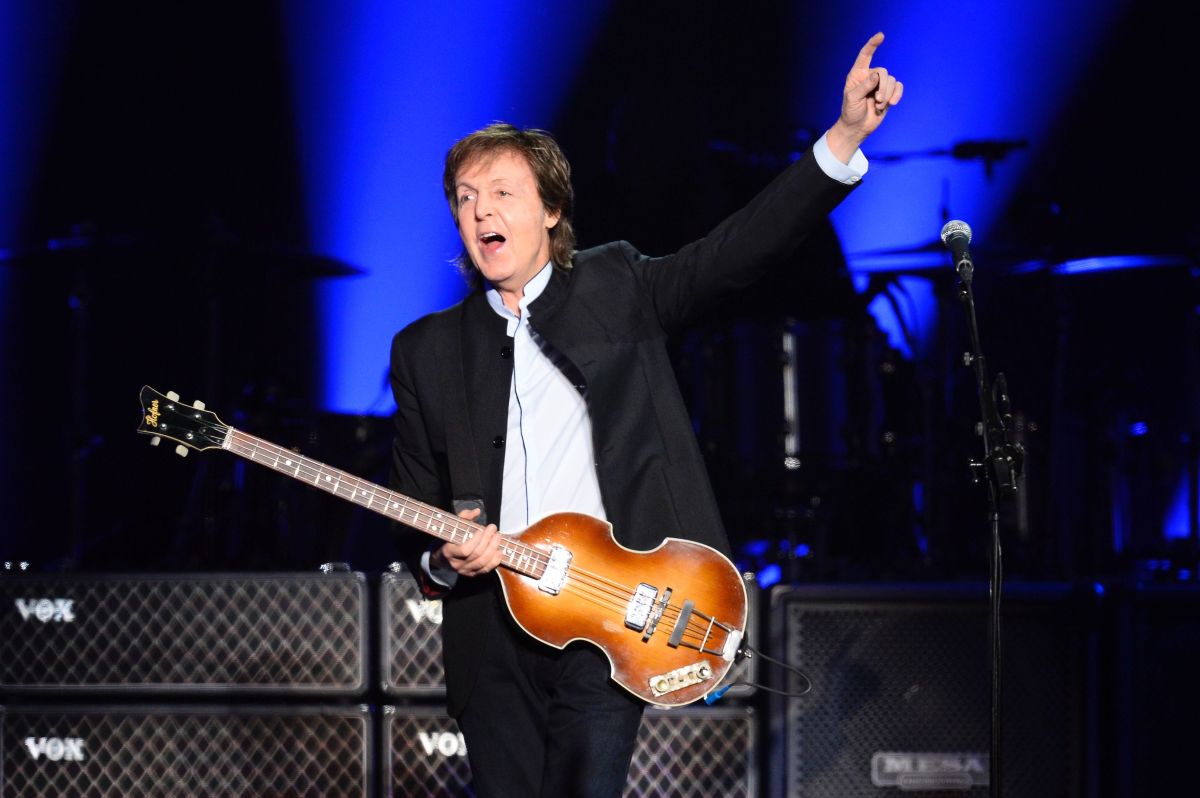 Paul McCartney found inspiration for a song in a number of ways. Sometimes it happens overnight, like Yesterday, or it can be influenced by a beautiful location. According to McCartney, he started writing “Jet” halfway up a mountain. The song was then recorded in Nigeria making it a unique song that was produced in different places.

In an interview with GQ, Paul McCartney revealed the origins of many of his hits. While discussing “Jet,” the former Beatle revealed the title came from a pony he owned in Scotland that bore the same name.

“I was in the songwriting mood and I was up in Scotland,” shared McCartney. “I just thought, ‘Okay, I just have to go somewhere and try to write a song.’ And coincidentally we have a little pony named Jet. I was on a farm in Scotland.”

He then revealed where the lyrics came from, explaining that the words were about his father-in-law and the early days of dating after marriage. At the time, McCartney was married to his first wife, Linda.

“I kind of don’t know where all the words came from,” he admitted. “I know where ‘Jet’ comes from and I like the name. The words are probably about me and my father-in-law. You know, the early days of marriage and when your father-in-law is kind of a nuisance… So he’s probably the main character.”

“Jet” has an intriguing origin as it was not conveniently produced. First, Paul McCartney wrote the song halfway up a mountain. He then decided to leave the UK and recorded the track in Nigeria.

“This was written halfway up a mountain in Scotland. Then recorded in Nigeria,” McCartney explained. “I was wondering where to record and I had wished to get away from England. So I asked my record label, which is EMI, to provide me with a list of all the studios they had around the world. I knew they had plenty. And one was in China, one was in Rio de Janeiro and one was in Lagos, Nigeria. So I said, ‘Yes, Lagos. Come on, because I like African music. I loved the rhythms of African music. So I went for it, not realizing that it was going to be a really simple little studio.

“We sort of built half the studio,” he added. “They didn’t have a singing booth. You know, you go into the booth to isolate your voice. They didn’t have any. So we had to explain to them, ‘You take some wood and you do that, and you get some glass and you put it in like this.’ But it was kind of nice. I liked the primitive aspect of it and being in Africa was quite an interesting experience.”

“Jet” was recorded by Paul McCartney and Wings and debuted on their third album, 1973 band on the run. In the UK and US, the song peaked at number 7 on the Billboard Hot 100 and the official chart. The song has been featured on numerous compilation albums and is one of McCartney’s and Wings’ greatest hits.

While the single never achieved the same status as many of his Beatles’ #1 hits, it’s still an impressive track that proved McCartney was a musical success outside of the Beatles.

“We hope nothing happens to him:” The Portuguese player asks Qatar to be lenient with the invader

“We hope nothing happens to him:” The Portuguese player asks Qatar to be lenient with the invader