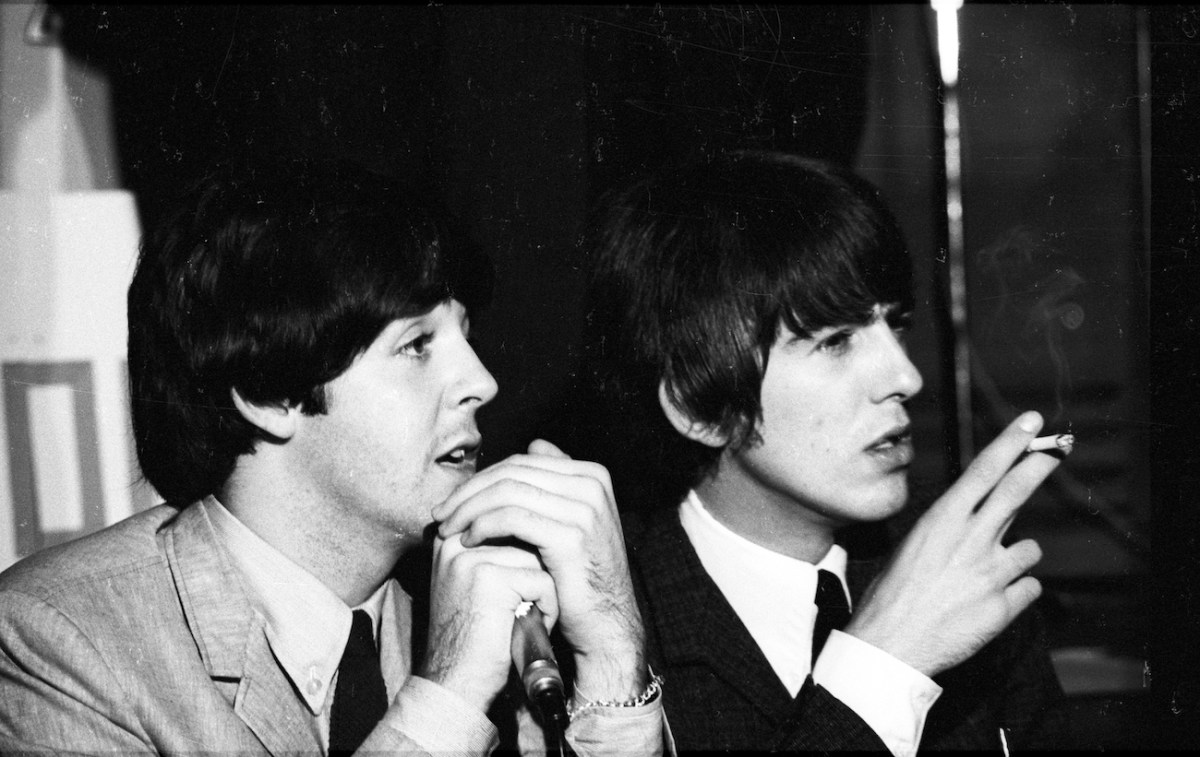 Paul McCartney advised George Harrison to remain at Speke Hall in Liverpool during his final months. The Beatle wanted to help his former bandmate find a peaceful place to live. In the end, George died in an LA house that had once been rented by Paul.

In May 2001 George Harrison underwent surgery for lung cancer. He released a statement saying it was successful and he was making an excellent recovery. Two months later, doctors treated him for a brain tumor in a clinic in Switzerland. Still, George and his wife Olivia were hoping for the ex-Beatles’ full recovery.

The newspapers, however, spin stories. The Mail on Sunday fabricated an interview with George Martin, the Beatles’ former manager, which claimed George was dying. He was “disappointed and disgusted” by the reports.

In a 2001 interview, Rolling Stone brought up the subject with Paul. The “Yesterday” singer said he had to call George to find out the truth.

Paul said: “I spoke to George immediately afterwards. He said, ‘I assume you’re calling [the newspaper reports].’ I said, ‘Not really, but I’m worried.’ He said: “I just got an email from George Martin who said, ‘I promise you George, I really didn’t say that. I never would.’”

Paul continued, “I don’t really like talking about it [George’s health] because I don’t know enough about it. I don’t really like sniffing. Obviously he was struggling and I’m not sure of the current state of affairs. But every time I call him he is very optimistic. So I’m just keeping my fingers crossed and praying that everything will be fine.”

It seems that Paul was more worried about George than he initially wanted to admit.

During an interview with The Telegraph, Paul said George traveled the world in his final months to seek treatment. He suggested George retire somewhere nice.

Paul said he suggested George go to Speke Hall, a famous Tudor mansion in Liverpool. He said, “He kind of got a little bit ‘can’t we just stay in one place?’ And I said, ‘Yes, Speke Hall. Let’s go to Speke Hall.’”

George wanted a nice place to rest, but he also wanted privacy. Unfortunately he didn’t get it.

During an interview with Rolling Stone in 2002, George’s friend and fellow traveler Tom Petty looked back on George’s final year. He said the press followed George.

“I’m telling you, the media wasn’t very kind in the last year of his life,” Petty said. “He was probably the most hunted of his entire life trying to deal with it. Especially in Europe he never had peace. Helicopters would follow him when he left the house. I think that comes with the territory. That’s part of the price you pay. He’s paid that price so many times — well, overpaid.”

No matter how much the press hounded him, Petty said George still had a positive attitude. “But he would be the first to say that bitterness, anger or hatred won’t get you anywhere. I don’t know how many times he would remind me that bitterness or pessimism will only slow you down to find the solution.

“And he lived like that. George was the kind of guy who wouldn’t leave until he hugged you for five minutes and told you how much he loves you. We knew where we stood together.”

In the end, George retired to a Hollywood Hills mansion once leased from Paul. Although the house was not originally listed as the place of George’s death. According to Idobi, the Los Angeles County Attorney’s Office said George’s friends corrected his death certificate to say he died at Paul’s mansion after the first version listed a fake address.