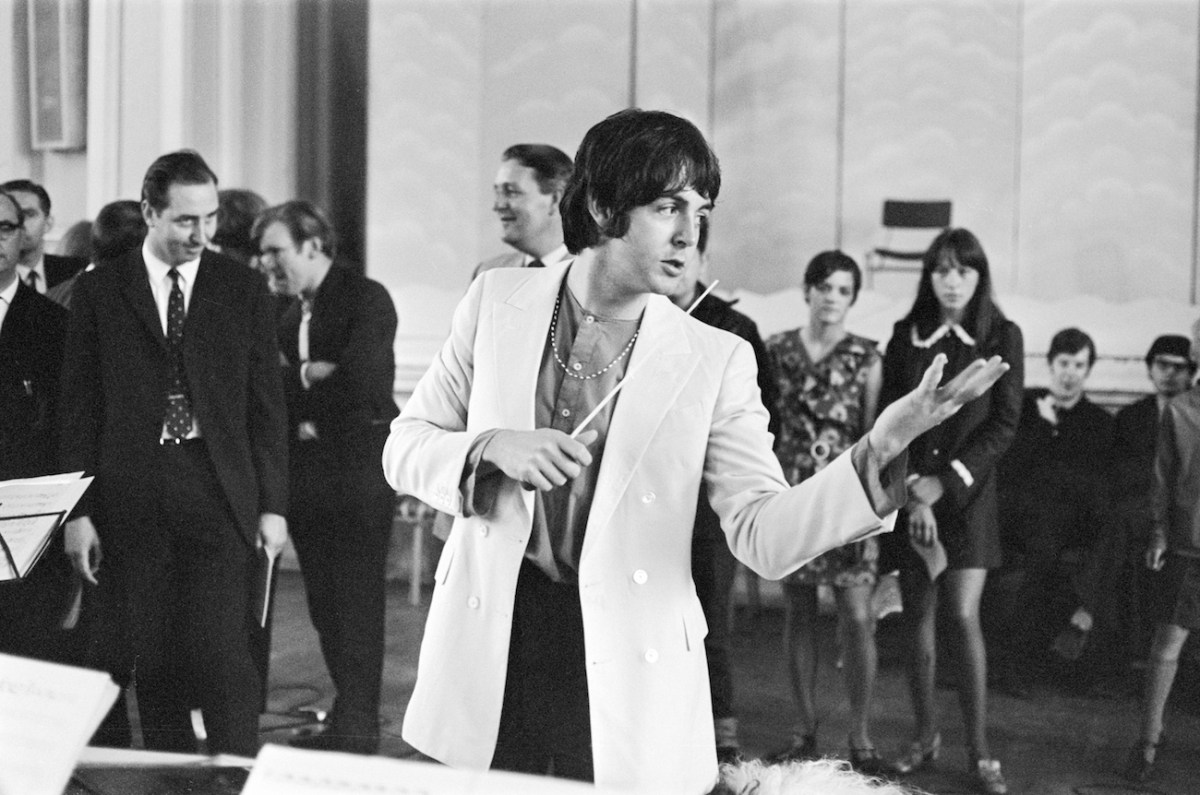 Paul McCartney used his extensive knowledge of literature, particularly William Shakespeare, to help him write the final lyrics to The Beatles’ The End. He wanted the last lyrics of the song to be poetic. Something memorable had to emerge from the Beatles just as Shakespeare’s lines concluded his epic plays.

In The lyrics: 1956 to today, Paul talks about every song he’s ever written. These songs might not have come about as easily or creatively without Paul’s literary heroes. In his book, Paul speaks of Dylan Thomas, Oscar Wilde, Allen Ginsberg, French Symbolist writer Alfred Jarry, Eugene O’Neill, and Henrik Ibsen.

The book’s editor, Paul Muldoon, wrote in his introduction that Paul’s “ability to analyze text” stems from an inquisitive mind. “A young McCartney went to the Royal Court Theater in Liverpool and eavesdropped on other people’s conversations to pick up opinions, criticisms and twists,” wrote Penguin Books.

However, Paul’s appreciation for literature was first awakened by his English teacher at the Liverpool Institute High School for Boys. His name was Alan Durband.

“Alan Durband was very well educated himself,” Muldoon wrote. “He was educated at Cambridge and that was extended to his own classroom. What Paul was exposed to there was truly phenomenal.”

“He inspired my love of reading and opened up so many things for me that for a while I lived in a fantasy world drawn from books,” Paul wrote.

In textPaul wrote that he was “fascinated by the couplet as a form in poetry”.

He explained: “If you think about it, it was consistently the workhorse of English poetry. Chaucer, Pope, Wilfred Owen. I was particularly intrigued by how Shakespeare used the couplet to close a scene or a whole play.

“If you just leaf through Macbeth, for example, you’ll find a few humdingers like, ‘Receive what pleases you: the night is long that never finds day.’ Or ‘I go and it is done; the bell invites me/ Don’t hear it, Duncan; for it is a death knell / that calls you to heaven or to hell.’”

Paul explained that this was Shakespeare’s way of saying, “That’s it, folks.” The Beatles’ song “The End” was their way of saying the same thing. “And in the end, the love you take is equal to the love you make.”

Paul wrote, “This is one of those couplets that can make you think for a long time. It can be about good karma. What goes around goes around, as they say in America.”

According to Paul, he was more interested in literature than his bandmate John Lennon. He wrote that John “never had as great an interest in literature as I did, although he was very fond of Lewis Carroll and Winston Churchill in particular. His Aunt Mimi had a lot of Churchill books in the living room. Not a bad basis for an apprenticeship.”

If he had never joined the Beatles, he believes Paul would have pursued a career in literature.

“I often think about what would have happened if I hadn’t ended up in a band that would have rather taken over my life,” he said. “I wonder what path I believed in with my A-levels in English literature and where that might have led me.”

We are glad that he was able to use his two passions in life. Paul joined a band and used his love of literature to write his songs, including “The End.”