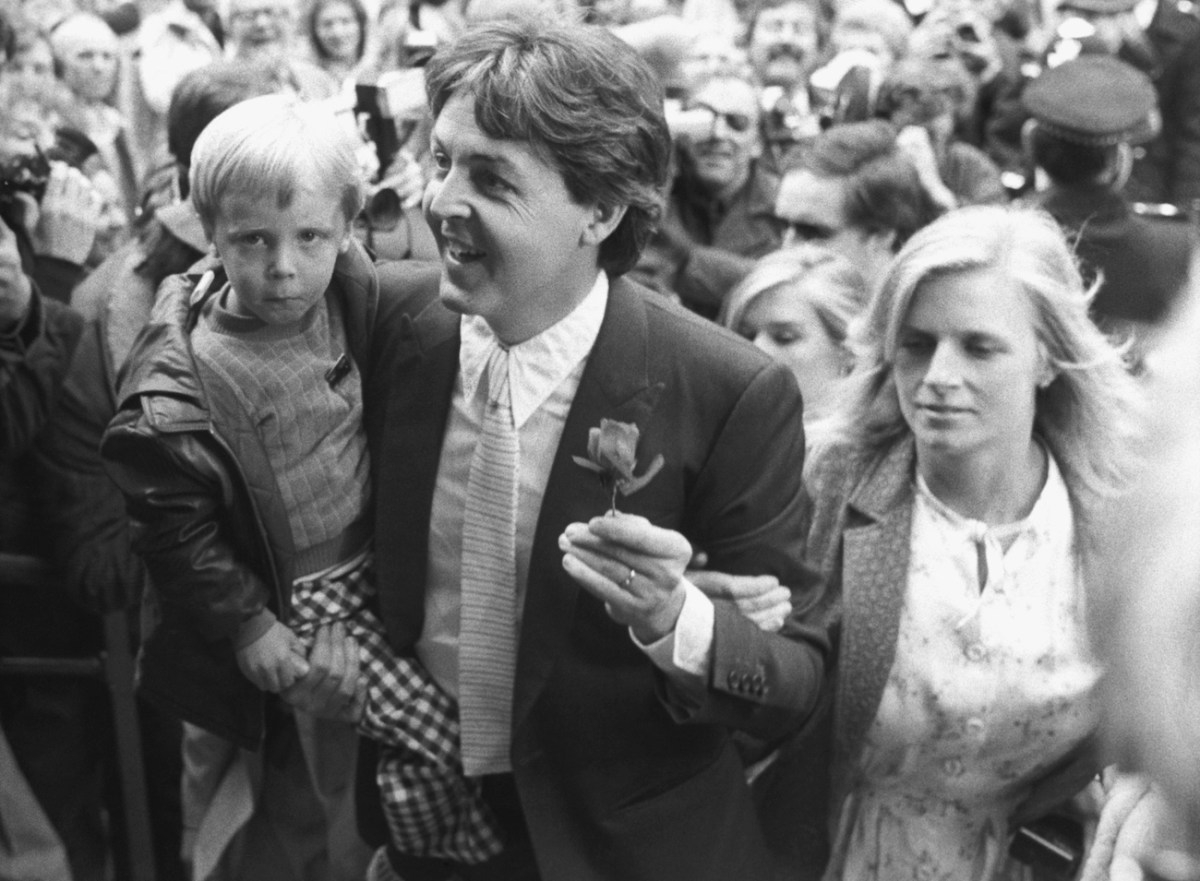 Paul McCartney has a secret Christmas album, but only his family gets to hear it every year. With his Christmas classic Wonderful Christmastime bringing him big bucks, an entire album of festive tunes would surely have added a tidy sum to Paul’s multi-billion dollar fortune.

His family’s album isn’t the former Beatle’s only secret Christmas album, either.

In 2015, Paul answered Christmas questions from fans on his website.

Paul revealed he’s never spent Christmas on the go. He said no! I’ve always tried to switch off. We always kind of stated that we wanted to be home.”

The only time Paul was almost away at Christmas was during his time with the Beatles, before he had a family. “We used to have a Christmas show,” Paul said. “We used to dress up! And actually it was really cool because it was kind of like a panto but with musical people. A musically packaged show, but with all sorts of little Christmas things.

“It was great because we just showed up in our car – at the stage door – in our coats and all. We jumped out, went into the dressing room and about five minutes later it was our turn!

“What we would do is open the show where they had a fake helicopter set. That came and seemed to land, and someone introduced us, “Ladies and gentlemen…” to all the screaming. We went down, ‘Yay!’ and wave, wave, wave… and then walk away! Go back to our dressing room and come back later!

“Well, I don’t think that was Christmas Day anyway! It would have been Christmas week. That was fun. But no, Christmas has always been kind of sacrosanct.”

Paul has never been out at Christmas, so he had all the time he needed to play his secret Christmas album to his family.

In 2019, People reported that Paul recorded an entire Christmas album full of original songs, but only for his family’s ears. The former Beatle said he recorded the album because he wanted to hear new Christmas carols; He was tired of the Christmas carols on the radio.

As one of the best songwriters in the world, it wasn’t difficult for Paul to whip up an entire album of festive Christmas songs. After all, he wrote “Wonderful Christmastime” in 10 minutes.

“It just gets released every year,” Paul told BBC Radio 4’s World at One. “Years ago I thought there weren’t very good Christmas records. There’s a Phil Spector record that I like. But I thought I’d like to do something traditional and simple and easy with all that “Good King Wenzel” and all that. So I actually went into my studio over a couple of years and made one. But it’s just for the family.”

Paul’s Secret Christmas Album does not contain any previously released songs. However, he hummed “Jingle Bells” and “Silent Night” during his interview on the BBC.

“It’s just for the family,” Paul said. “It just gets released every year. I only have a little demo of this but you know the kids like it. Well, it’s kind of traditional. It’s something they’ve heard over the years, you know. Now it’s the grandchildren who get indoctrinated with my Christmas carols.

“It’s fun. We have a few little things. Then there’s the alcohol – and it’s all very funny.”

The McCartney family isn’t the only ones who have received the gift that keeps on giving. In 1965 Paul also recorded a secret Christmas album for his bandmates John Lennon, George Harrison and Ringo Starr.

According to Far Out Magazine, Paul only pressed three CDs. In 1995, Paul Mark Lewisohn confirmed the album’s existence. “Yes, it’s true. I had two Brenell tape machines set up at home, on which I made experimental recordings and tape loops, like the ones in Tomorrow Never Knows.

“And one time I put together something crazy, something left-wing just for the other Beatles, a fun thing to play late at night. It was basically just something for the buddies.