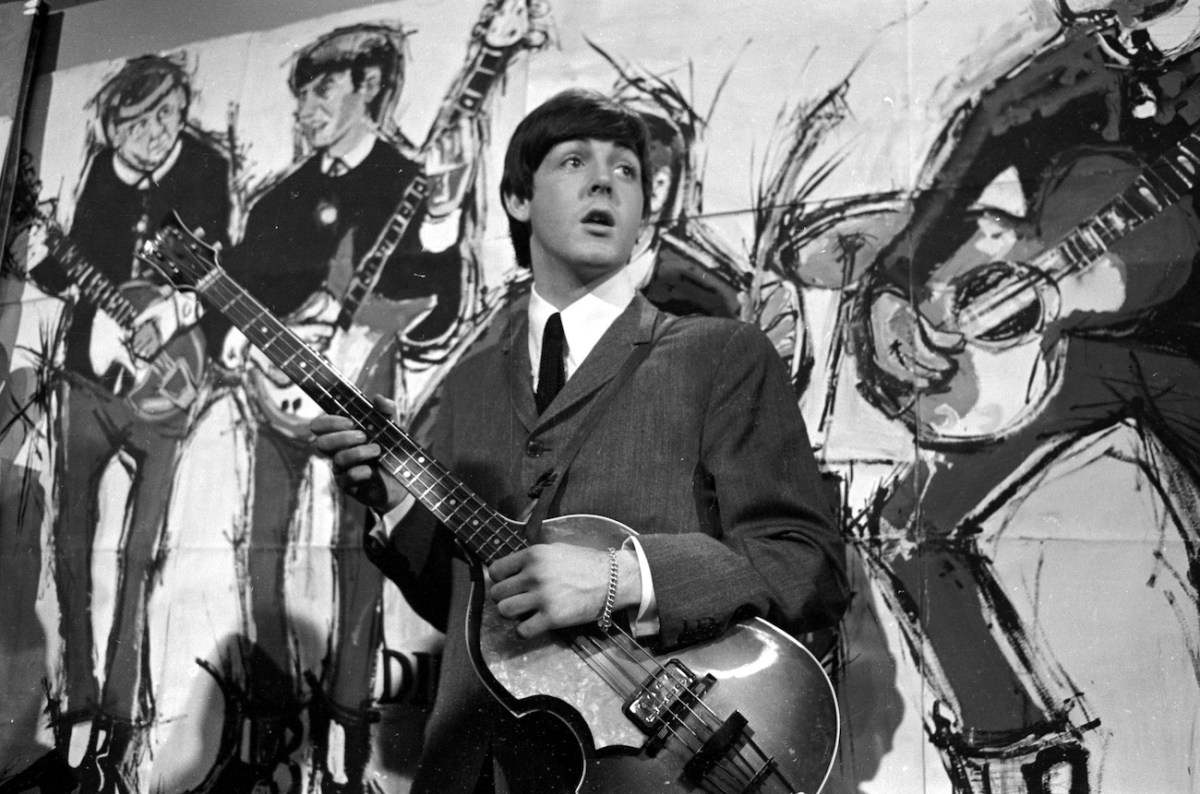 Paul McCartney claims he was behind the title of The Beatles’ “Eight Days a Week.” However, decades ago he started a rumor that drummer Ringo Starr came up with the title.

The smallest things inspire Paul and even pass on phrases from those around him. One sentence was enough to make a Beatles hit. This is also the case with “Eight Days a Week”.

In The lyrics: 1956 to today, Paul wrote that he came up with the song’s title after being driven to John Lennon’s house by a chauffeur. He needed a driver because the police recently revoked his driver’s license after too much reckless driving.

“The problem was that we all liked to go fast and I got caught too many times myself,” he explained. “The police took away my driver’s license and I was banned from driving for a year. If I wanted to go somewhere, I had to take a bus or train, or sometimes hire a driver. By the time I got unbanned, we had actually made enough money to get a driver.

“I often went to John’s house in Weybridge and on this particular day I chatted with the chauffeur and at the end of the drive I happened to ask him what he had been up to. He said, ‘Oh, I worked eight days a week.’ I ran into John’s house and said, ‘Got the title.'”

Initially, Paul claimed he wasn’t the one behind the title “Eight Days a Week”. In 1984, Paul told Playboy that the Beatles’ drummer, Ringo Starr, figured it out.

He said (according to Beatles interviews): “Yes, he (Ringo) said it as if he were an overworked chauffeur: (heavily accented) ‘eight days a week.’ (Laughter) When we heard it, we were like, ‘Really? Am! Got it!'”

However, the version of the story in text is the one that Paul gave in both The Beatles Anthology book and Ron Howard’s documentary The Beatles: Eight Days a Week – The Touring Years. So it was he who named the song.

When Paul and John wrote songs together, they needed to write something memorable to remember when they got to the recording studio. So Paul had to remember “Eight Days a Week” until he came to EMI Studios.

Paul explained, “So when I came up with the title, he was just glad we had a starting point. I mean, I don’t think any of us ever thought it was a great song, but it was a cool idea. Then remember – that was the trick. And to remember that, we had to write something memorable. You know, if we wrote something too smart or too smart or too this or that, we probably wouldn’t remember it.

“I always found that when I came home at night and had a drink, I’d completely forgotten about it. ‘Oh shit’ I would think. ‘Well, he’ll remember. But what if he had a drink too and we both forgot?’ But in the morning I woke up and sang it. It would be there, fresh as a daisy.

“So we had the lyrics to ‘Eight Days a Week’ and now I had amplified them in my brain and when we got to the session John and I could play them on acoustic guitars for George, Ring, George Martin and the engineer. Neither of them had ever heard it before. John and I were the only ones who knew it, but within twenty minutes we all learned it.”

Paul and John weren’t huge fans of Eight Days a Week. John called it a “lousy” Beatles song. Paul thought it wasn’t a classic. The charts said otherwise. “Eight Days a Week” reached #1 on the Billboard Hot 100 and stayed on the chart for 10 weeks.