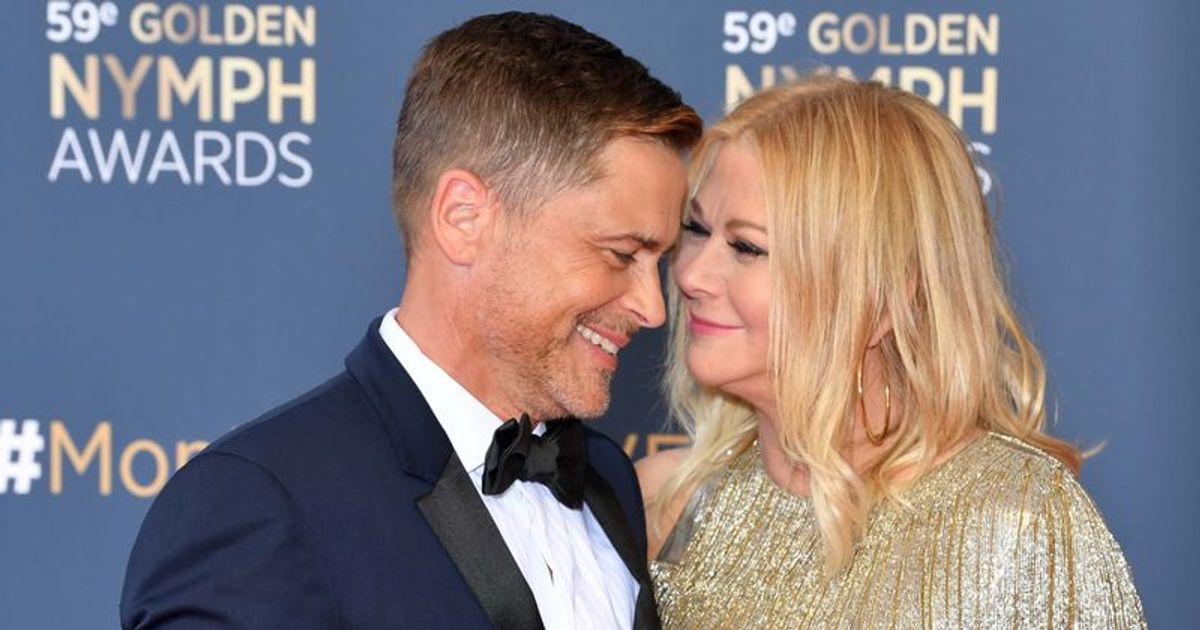 “Your love changed my whole world. You are as beautiful, intelligent, fascinating, kind and hilarious as you were so many glory years ago,” wrote Lowe

Rob Lowe and Sheryl Berkoff celebrated their 31st anniversary on July 23, and the actor gushed about his wife on Instagram. Lowe wrote his wife Berkoff, 61, a sweet note in the caption of his Instagram post in honor of the special day.

Berkoff, the former makeup artist who has worked with several A-listers throughout her career, was pictured hugging herself in the black-and-white image in Lowe’s Instagram post. She was pictured in black sunglasses, a silk tank top and a white cardigan.

In response, Berkoff, 61, also wrote a touching post to commemorate the couple’s special day. “Love is always ❤️ Celebrating 31 years. Blessed and thankful. Happy Anniversary xoxo,” she wrote alongside a photo of the pair.

Lowe and Berkoff – who share sons Michael, 29, and John, 27 – first met in the ’80s after going on a blind date. The couple decided to split, which prompted the jewelry designer to briefly date Lowe’s co-star Keanu Reeves. However, they rekindled their romance in 1989 and married two years later.

Before meeting Lowe, Berkoff met other A-list actors while working as a makeup artist in Hollywood — including a young Gwyneth Paltrow. During an episode of the actor’s Literally With Rob Lowe podcast, Paltrow revealed that Berkoff was the first person to teach her how to perform oral sex when she was just “15 or 16 years old.”

While working on one of her mother Blythe Danner’s films, Paltrow recalled meeting Berkoff and becoming “instantly obsessed with her.”

“She was great. She came to me when I was smoking behind the trailer because she knew I was sneaking cigarettes. And she taught me how to suck cock and, you know, all the classic Sheryl stuff,” Paltrow said.

In June, Rob also paid the jewelry designer a sweet tribute in honor of her 61st birthday. He shared a beautiful picture of Berkoff via Instagram and wrote in the caption, “Happy Birthday to the love of my life. You are the whole package and I am blessed. To many more years of love and fun.”

The ‘9-1-1: Lone Star’ actor revealed to PEOPLE earlier this year that he has been attracted to Berkoff since the beginning of their relationship. Recalling feeling “seen” for the first time in his life, Lowe said, “I felt like if I was ever going to be able to make it work with someone, it was Sheryl .”

Before describing his marriage to Berkoff as one of life’s greatest “miracles,” he said at the time, “She saw things in me that no one has ever seen before.”

Not only is he a wonderful mom, but he continued, “I still think she’s the hottest, sexiest, most beautiful, craziest, most complicated and fun person I know.” The actor also expressed his gratitude to Berkoff for being that he “took a chance on him” during the interview.