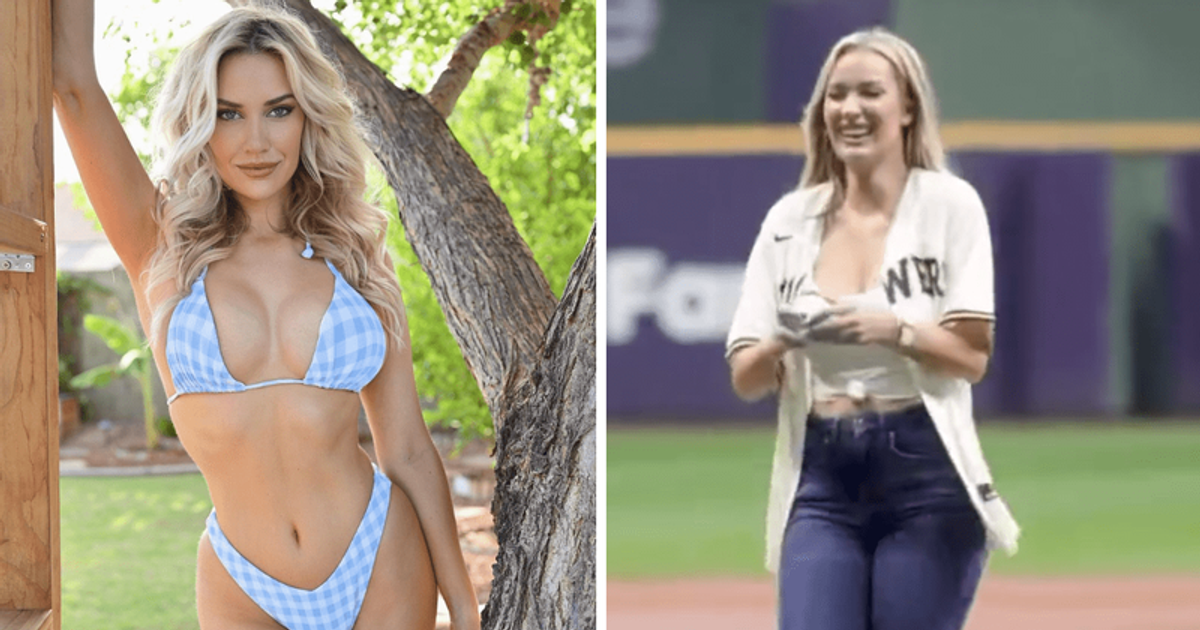 The fat shamers attacked the golf influencer after she threw the ceremonial pitch before the game between the New York Yankees and the Milwaukee Brewers at American Family Field on Friday, Sept. 16. In layman’s terms, the ceremonial pitch is a traditional baseball custom in which a guest throws the pitch as a signal to start the game.

Spiranac seemed excited to throw the ball as it was her first time pitching at a professional game. But her excitement soon turned to trauma after trollers shamed her for appearing at the game. “People totally roasted me. And that was after a video I posted a few days ago of people fat shaming me. I’ve been called fat by trolls before, but not to this level…” Paige said on the latest episode of her podcast, ‘Playing a Round’.

She continued, “‘Looks like she got some fillers done before the game, she might be in the next episode of botch,’ ‘Talk about a butterface,’ ‘brave of her that she like.’ looks like a fat, disgusting pig’.”

Paige donned a sporty outfit for her appearance at the game. She wore navy blue skinny jeans and a white tank top covered in Brewers jersey.
Further on in the podcast, the former pro golfer revealed that she has no idea how to deal with trollers. She admitted she had gained a bit of body weight, but her weight gain was because she felt happier than ever.

She added, “I’m happier than I’ve ever been and that’s probably why I’ve gained a little weight.”

However, this isn’t the first time Paige has spoken openly about dealing with fat shammers and online abusers. About a week ago, Paige announced that she had deleted dozens of comments under her latest golf video. “Honestly the number of guys calling me ‘fat’ in this post is next level lol. I’ve had to delete so many comments, which I almost never do,” Spiranac wrote in a now-defunct Instagram Story.

The golf pro-turned-influencer has managed to garner more than 3.6 million followers on her Instagram, where she regularly posts snaps and videos for fans to enjoy. “I’m changing my mentality about training to make it a more positive experience,” Spiranac added, while posting a comment box for her followers to share her own experience.

“I know I have a male-dominated audience and wanted to open up the space to hear about your experiences with physical insecurities,” she wrote. “I don’t think there’s enough talk about men being bodyshamed too. We all feel pressure to look a certain way.”