Paige DeSorbo Gets Calls From Fans For ‘Mean Girl’ Comment 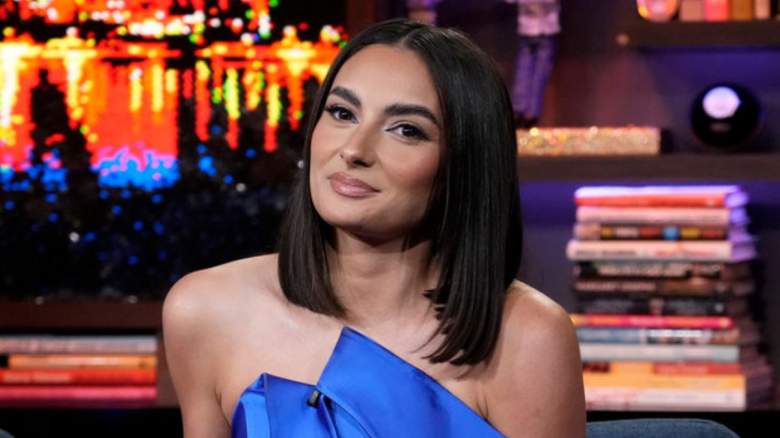 Paige DeSorbo had a few appearances on Season 8 of Southern Charm thanks to her relationship with one of the OG stars, Craig Conover.

Fans picked up on one of the comments she made during the season’s 11th episode, toasting the “Summer House” star on social media. DeSorbo was visiting Conover and they were getting ready for Austen Kroll’s Friendsgiving party when Conover complimented his girlfriend on her all-black outfit.

“I can’t deal with the non-black anymore, I’m so done with it,” she replied flatly. “I’m not human if I’m not wearing black,” she continued while Conover laughed. “Because everyone down here is like plain beige Betty and I’m trying to blend in,” she added, as Conover pointed out that Charleston residents wear a lot of pastel and floral colors, too. “Yeah, I can’t,” DeSorbo replied with an eye roll.

She later told Kroll’s sister that she was so pleased to see her dressed in black and leather. The comments seemed to rub many fans the wrong way, as they took to social media to call out DeSorbo and point out that she wore a lot of beige and pastels in “Summer House.”

DeSorbo’s comments surfaced a few times on Reddit after the episode aired, including in a thread where someone wrote, “When beige said this [comment] I gasped. We literally only saw her at the summer house as she wore pastels and bright colors all summer long. She’s such a hypocrite and I really liked her on SH.”

Someone else agreed: “Paige literally wore neon lime green all last summer. She’s such a show off.” Someone commented, “Oh my god I thought the same thing lol – how… you dress exactly like this all summer in the Hamptons how much simpler and more obvious can you be?!” Many said, her comments revealed a “mean girl page,” including someone who said, “I yelled at the TV when she said that about basic! She’s such a mean girl!” Another wrote, “Literally the rich mean girls we all went to HS with and got bullied but they tricked us by branding themselves relatable. I’m so over it.”

The comments surfaced again in a reaction thread regarding DeSorbo and Hannah Berner’s outfits at the US Open. While the thread was created for general reactions to her outfits, many people pointed out that DeSorbo wore a beige ensemble. “Basic beige Betty,” one person was quick to point out. Another said: “Talk about a Basic Beige Betty.”

Someone wrote, “She should forever regret that statement.” Someone else asked, “Wait, I thought Paige wasn’t wearing beige?” Another person wrote, “Paige tries too hard and it always falls flat. She is dressed here as a simple beige Betty. Didn’t she just talk about how she couldn’t look like that on Southern Charm?” Someone else said, “Too. That hideous look is… BEIGE.” Another agreed, “Wow, ‘Basic Beige Betty’ turned out really great.”

Around the same time, someone created a thread showing a photo of Conover and DeSorbo hanging out with Dustin Johnson and Paulina Gretzky on a trip with friends Matt Forssman and Kristina Melnichenko in June 2022. While the Reddit thread was about a different topic, the most upvoted comment was someone who wrote, “Look who’s wearing beige.”

DeSorbo has made several appearances on “Southern Charm” and in the 11th episode of season 8 she confronted Conover’s ex Naomie Olindo.

Olindo told DeSorbo she felt like the New York native was “attacking” her. In return, DeSorbo bluntly asked Olindo, “Do you still have feelings for Craig?” Olindo said no, and the two women eventually ended the topic on friendly terms.

“You’re my boyfriend’s ex-girlfriend, we never wanted to be best friends,” DeSorbo told Olindo. “It’s not like we call each other and say, ‘Let’s have coffee.’ But I wanted to be with you in situations like this and be able to say, ‘Where did you get those pants?’”