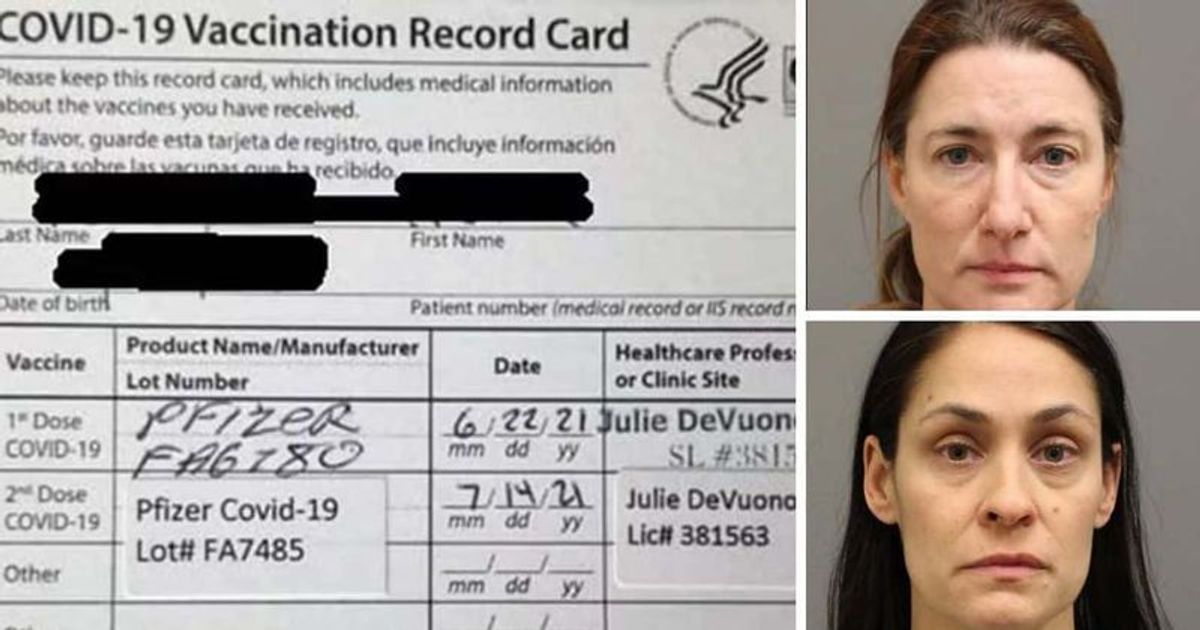 Two nurses — Julie DeVuono and Melissa Urraro — sold these fake cards to hundreds of customers, including these school teachers, charging $220 for each dose

A total of 82 New York teachers have been accused of buying fake vaccination cards from Wild Child Pediatric Healthcare in Amityville, which netted $1.5 million in the alleged scheme. In January 2022, Suffolk County prosecutors came up and claimed that two nurses at the center sold these fake vaccination cards to hundreds of customers, including these 82 teachers.

Along with 49-year-old Julie DeVuono, the owner of Wild Child Pediatric Healthcare, Marissa Urraro, 44, a licensed practicing nurse at the center, was also part of this scam. Nurses reportedly charged adults $220 for each dose noted on the card, which works out to $440 for both doses and $85 for children. Both have pleaded not guilty to the alleged illegal activities.

The Suffolk County District Attorney’s Office said, “During a court-authorized search of DeVuono’s home, law enforcement officers seized approximately $900,000 in U.S. currency and a ledger showing over $1.5 million in profits from the alleged illegal activity for documented the period from November 2021 to January 2022. These individuals allegedly used their positions as licensed healthcare professionals to engage in criminal activity for their financial gain.”

However, those 82 teachers had been suspended without pay on April 25 after the city’s Department of Education found they had received Wild Child’s vaccination cards.

Your union, the UFT, has now filed a lawsuit that intends to sue the city’s Department of Education over the suspensions. The department referred her testimony to the city legal department, which called the teacher’s lawsuit baseless. In fact, the teachers were banned from their schools. The city reportedly asked teachers and other city employees to get fully vaccinated to keep their jobs unless a medical or religious exemption was granted. Nearly 1,000 DOE employees were fired for non-compliance.

According to a New York Post report, the teachers admit they paid an enormous amount but claim it was for detoxification treatment to offset any major reaction to the vaccine. “We paid for the detox protocol. We didn’t pay for the vaccination itself or for the card,” said an elementary school teacher who works with students with disabilities. She feared the vaccine’s effects on her health due to an underlying autoimmune disease. “It helped detox my body from all the unnecessary stuff in that shot,” she added. There was no update on what the detox consisted of, but teachers claim it was all about pills. “She just told me it would help detox my body and I trusted her,” said another, referring to DeVuono, who also treated her six-year-old son for years.

Betsy Combier, a paralegal who helps the teachers’ defense, argued, “No available facts show fraud on their part.” She blasted the DOE for exiling the educators without a hearing. “This is a blatant example of the department’s pattern and practice of finding guilt first and innocence second,” she said.