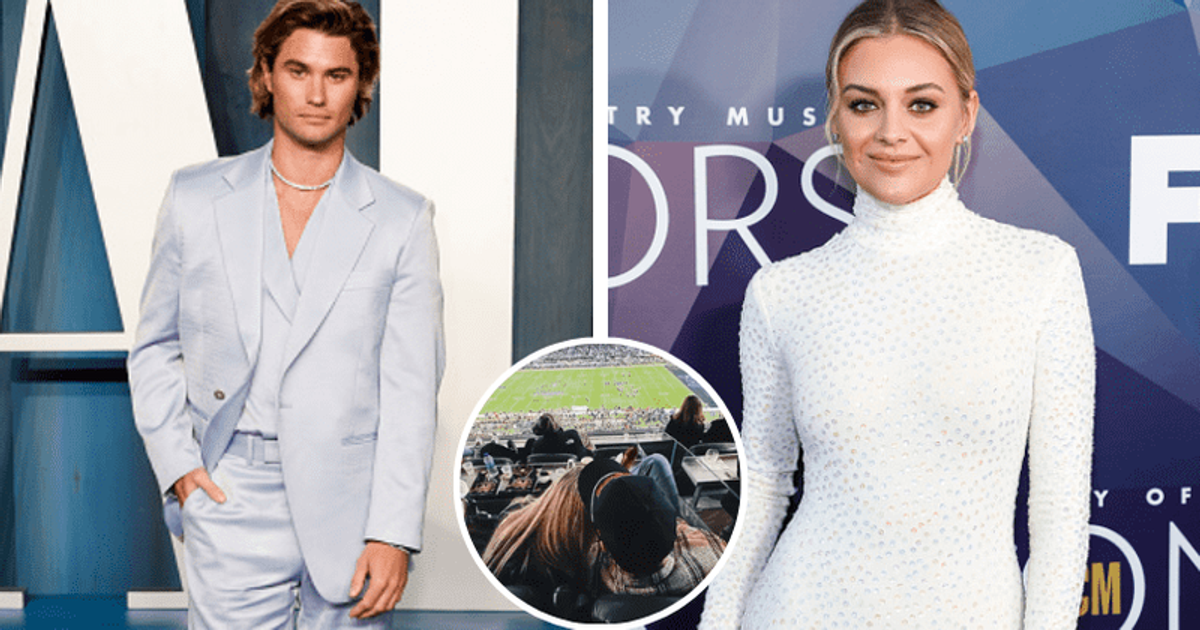 MASCOT, TENNESSEE: ‘Outer Banks’ star Chase Stokes and Kelsea Ballerini are rumored to be dating after Chase shared a huge photo dump on Instagram and snuck into a picture with Kelsea at a football game. The couple was shot from behind, showing Chase and a woman sitting next to each other while the back of Chase’s head was pressed against the blonde woman’s hair.

Seated in the luxurious stadium seating with leather armchairs, the pair sat close to each other. However, since only the back of the head was visible, the woman’s identity was only revealed after Chase tagged Kelsea in the picture. The couple’s debut comes after Kelsea’s recent divorce from husband Morgan Evans in August.

Kelsea dated Australian country music artist Morgan Evans. The couple first met at a music awards show in Australia in March 2016 and soon sparked relationship rumors. By the end of that year Kelsea and Morgan were engaged and a year and a half later the couple tied the knot. However, on Aug. 26, 2022, Kelsea announced that she had filed divorce papers in Nashville, writing on Instagram, “This is now public knowledge so I wanted you to hear directly from me that I’m getting a divorce.”

She continued, “This deeply difficult decision is the result of a journey of love, growth and effort that has finally come to an end.” Morgan also wrote an emotional message, saying, “I am very sad to have to confirm that Kelsea and I are separating after almost 5 years of marriage. I wish it were different, but unfortunately it isn’t.” They cited “irreconcilable differences” as the reason for their split.

Chase was dating his Outer Banks co-star, Madelyn Cline. Their on-screen chemistry initially sparked rumors of a real relationship in April 2020. Within two months, Chase and Cline made their relationship official on Instagram. Chase shared photos from the couple’s beach date on Instagram, along with the caption, “Cats out of the bag.”

Cline commented on her then-boyfriend’s post, saying, “Topper is punching the air,” and “I fell and can’t get up.” Meanwhile, costar Jonathan Daviss told her, “Well, it’s about time.” After one Year dating, however, the couple gave up. “Madelyn and Chase are no longer together,” a source told People. “They tried to work things out privately but broke up a few months ago.”