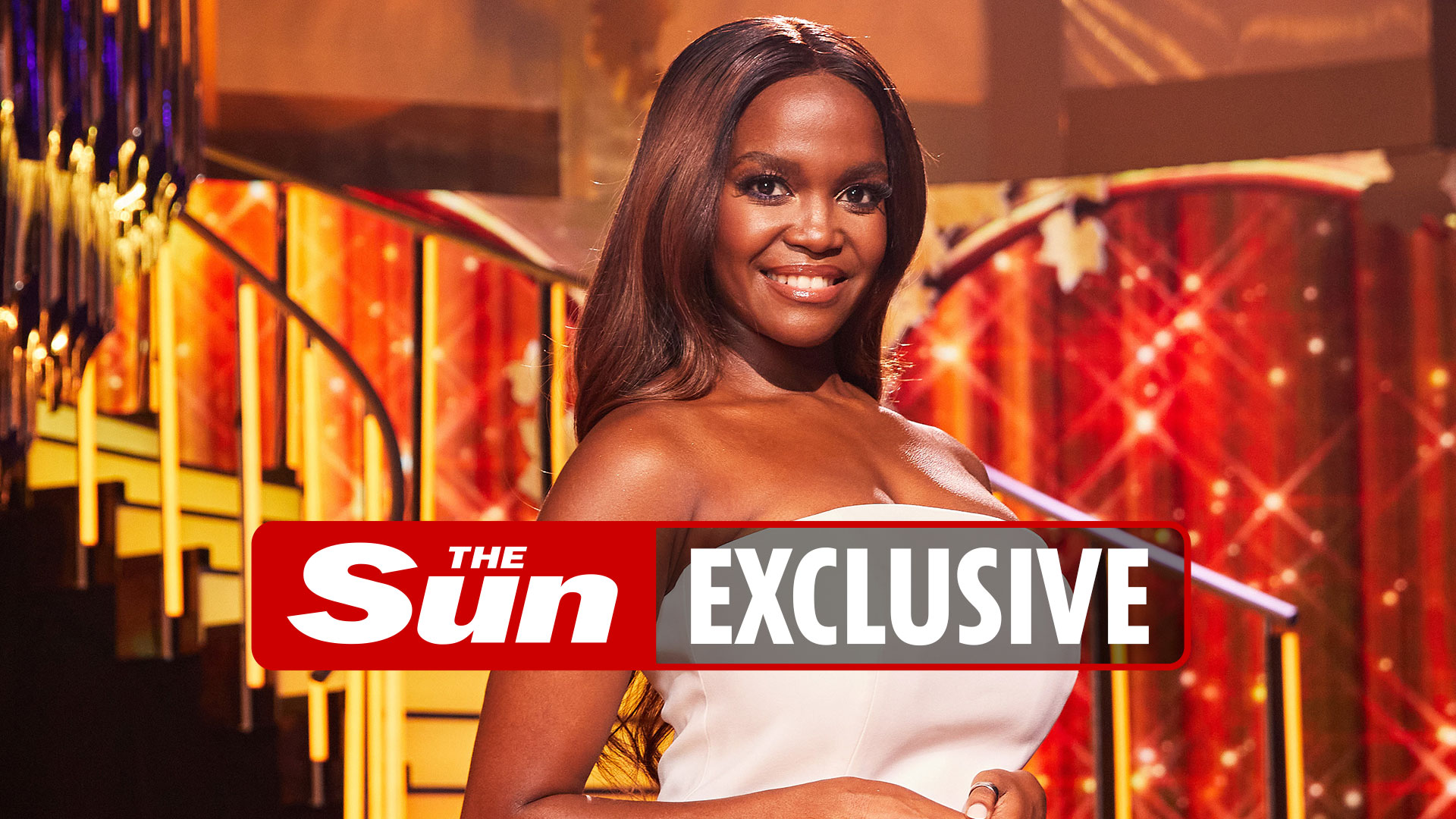 ITV bosses are already scrambling for new projects for Oti Mabuse – after confirming her dating show Romeo & Duet will not be returning for a second series.

The Saturday Nighter was not a hit, which was particularly upsetting for its host as it was her first gig as a solo presenter since she left Strictly earlier this year.

But in addition to being a judge on Dancing On Ice and the upcoming second season of The Masked Dancer, Oti is someone the channel bosses don’t want to lose.

“So many of our greatest hosts have had a few bumps early in their careers and that’s how leaders see it.

“They are confident that this is in no way a reflection of Oti and she is still a character that is deeply loved by the public.

“And while Oti will obviously be disappointed, she’s a tough nut and a professional who knows how tough business can be.

“She will fight back.”

Romeo & Duet had disappointing ratings when it aired this spring, and critics were quick to heap on its unusual format.

It featured singletons attempting to woo potential partners by serenading them, with Oti overseeing the fun as the modern-day Cilla Black.

Now bosses are looking for other gigs where she will be the solo presenter.

A spokesman for ITV said: “We have no plans for future Romeo & Duet series at this time.

“But we look forward to working with Oti again on The Masked Dancer later this year and are actively discussing more projects in the future.”

If we had only given the presenters a chance to make it big, we would have missed out on some of our most popular stars.

Kudos to the Real Housewives of Cheshire, who are about to boldly share their experience of menopause for a new TV special.

To confirm my May story, ITVBe has announced that the two-parter will hit our screens in August.

Stars like Lauren Simon, Seema Malthora, Nicole Sealey and Sheena Lynch will share their coping skills and explore the many taboos women face in dealing with “change”.

They will even start their own social media campaign called #hotmess.

And if you’re more into the glitz and glamor of housewives, you can expect a regular series throughout the year.

SCARLETT MOFFATT is ready to take on the giants of the documentary world with her new programme.

The Goggleboxer-turned-TV-personality is hosting an upcoming film for Channel 4 about Tourettes.

Speaking to the podcast Life’s A Beach, Scarlett said: “I’ve always wanted to stand between Louis Theroux and Stacey Dooley because I love her.

“I have a newfound respect for Louis Theroux because it’s hard – interviewing is so hard.

“I have never done that. I’ve never had to ask anyone an awkward question.