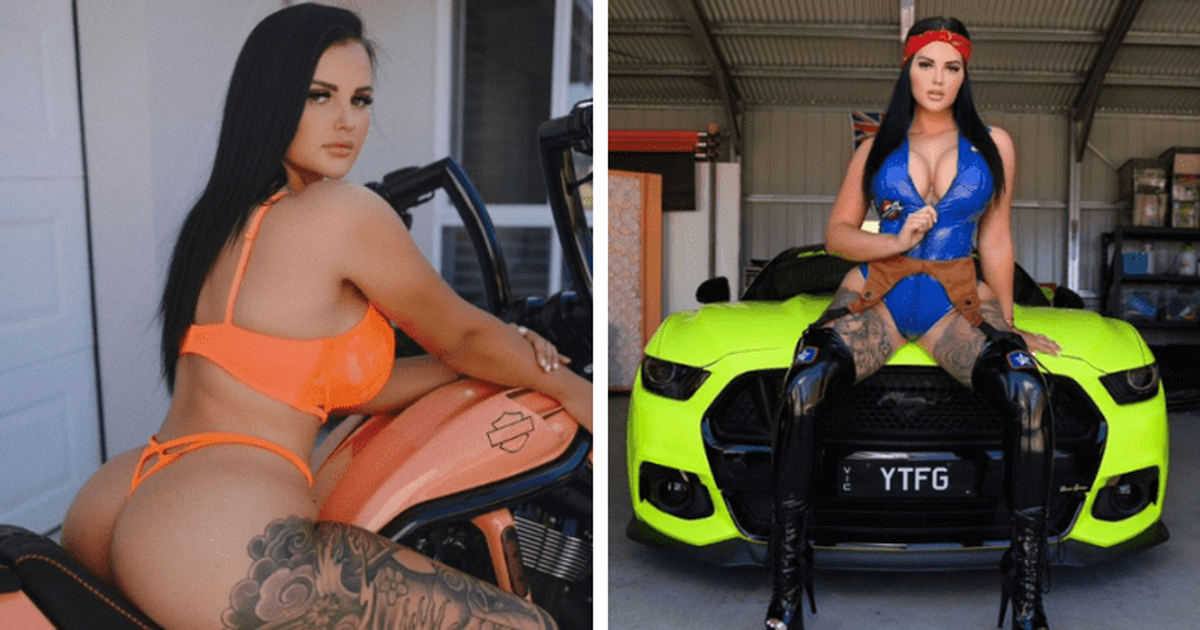 “I do everything now. When I first started I didn’t show anything originally, now there isn’t a part of my body that wasn’t shown, “said Renee Gracie

“I don’t find anything funny anymore”

Renee Gracie commented on the type of content she publishes: “I do everything now. When I started I didn’t show anything originally, now there is no part of my body that wasn’t shown. I make videos straight from, foot videos, videos of eating food, taking off my bra, putting it on, putting on my pants … all of the weirdest things you can imagine that someone wants to see. As for the wide range of adult content, what it is and what you can do, I probably did. “

She added that people are now turning to platforms like OnlyFans to satisfy some of their unusual fetishes. Explaining the type of unconventional content requests she’s received, Gracie said, “I don’t find anything strange anymore. But I would say things like armpits and licking armpits and caressing armpits. I find fart videos very strange – from time to time there are one or two; People asked me to smash bananas with my feet. “

The model also confessed that there were very few requests that she turned down. “In general, I will not do anything that is against the law or illegal, like doing things in public. Unfortunately, I don’t do the farts. Sometimes I have to remind people, ‘This is not what you are asking for, and if you’ve seen it anywhere, it’s probably wrong.’ ”She also revealed that she sometimes filmed content with her friend who offered, to help after realizing how much money she was making. Gracie now owns three homes and is making comfortable six-figure amounts every month.

We previously reported that when Gracie was 26 years old, she wanted to have a hysterectomy because she would be “more likely to be rich and famous” than to be a “mother”. Since she loves her luxurious lifestyle and does not want to give it up in order to raise a family, she would like to opt for the drastic measure of hysterectomy to avoid unwanted pregnancies. “I knew I didn’t want kids since I was little,” Gracie told the Daily Star. “When I was little, around seven or eight, I thought other kids my age were crazy and wild. I looked at parents yelling at their kids and thought, ‘I never want that.’ “

She said she was inspired to consider a hysterectomy after meeting many rich people, many of whom did not have children. “Then when I was 16 and started racing, I met a lot of super rich and successful people, many of whom had no children of their own,” she said. “They also all told me that I should never get married and have no children. Many other things also put me off. The biggest thing is the responsibility and also the fact that there is no going back. I think people make the decision, Having children. ” too frivolous and therefore many people are unhappy in their relationships and life. I would much rather have lots of pets running around. “