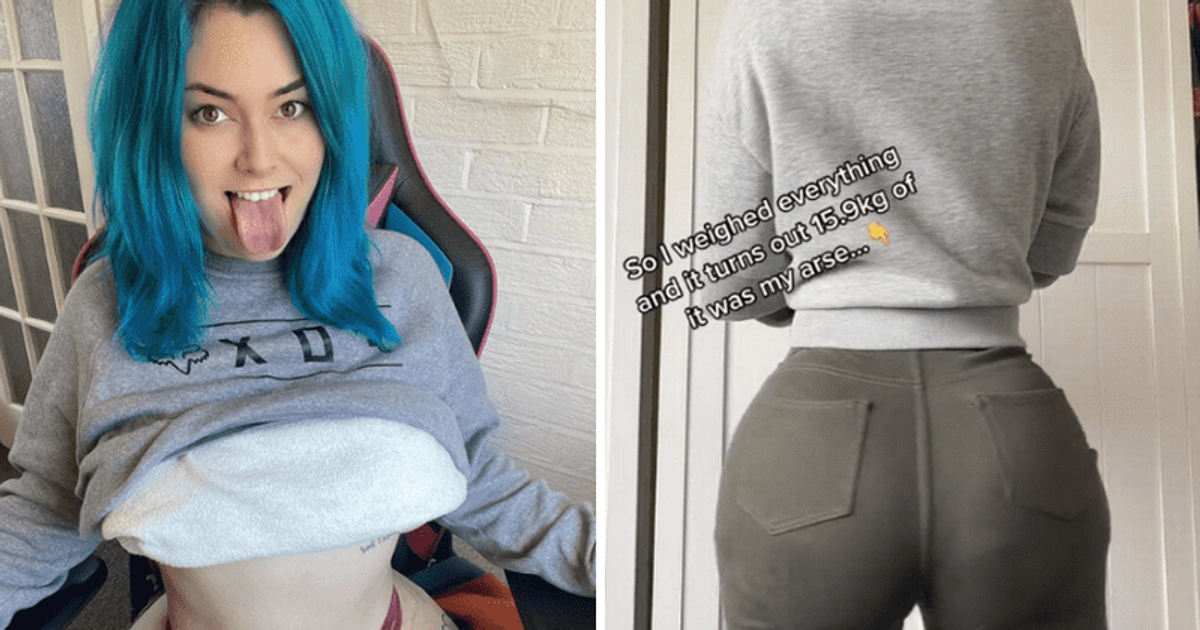 The Onlyfans star, 29, revealed that she is 153cm tall and weighs 164lbs, which makes her “obese” according to the BMI scale.

UNITED KINGDOM: Internet star Lola Mason claims her huge butt now accounts for around a quarter of her total weight after a Brazilian butt lift procedure in Turkey. Mason, better known as MamaPlugs, claims the surgery left her with a 16kg butt and she is now classified as “obese”. The 29-year-old is open about her various cosmetic surgeries and often shares details on her TikTok account.

This week, Mason, who is a favorite of OnlyFans, got on her kitchen scale and found that her weight was 74.4 kg (164 lb), which categorizes her as “obese” on her BMI scale. In the video, which has garnered over 15,000 likes, she wrote: “Apparently I’m obese for my height (5ft1)… So I weighed everything and it turned out 35lbs of it was my ass. Captioning the clip, she said, “Suddenly I don’t feel bad anymore.”

In a Sept. 25 Instagram video, Mason can be seen trying on a variety of jeans to find the right fit for her tiny waist and huge buttocks. In the video, the 29-year-old mum can be seen giggling at herself as she poses in a pair of acid-wash jeans that fully reveals her thong and another that hangs wide from her back but still tight against her buttocks. In the caption for the post, which garnered more than 2,600 likes, she simply wrote, “Fail.”

After Lola began stripping naked in front of the webcam in 2013, she claimed her “life changed,” and when she founded OnlyFans six years later, the success just kept flowing. Due to recurring back problems, Lola, a teenage mother, was unable to work and her partner’s income barely supported the family. Lola claims since she started working in the adult industry she has made seven figures, bought many houses and squandered money on her dream cars, The Sun reports.