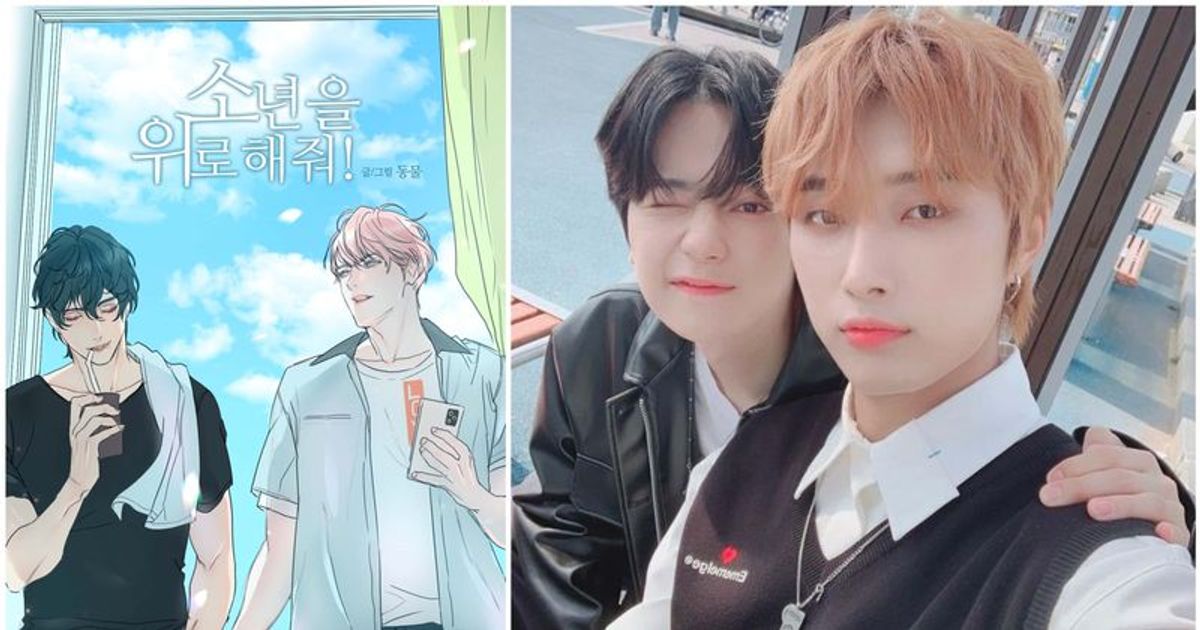 Fans of Korean entertainment have taken a keen interest in boy love dramas, shows that depict the history of homosexual couples. The BL drama genre is currently at its peak with ongoing shows from Thailand namely ChinPorsche: The Series, Cutiepie: The Series, as well as from Japan and more from South Korea namely Ocean Likes Me, Blueming ‘, ‘Semantic Error’ and many shows prove that the genre is a new hit among young fans of Asian content. Ever since the BL webtoon (comic), Let Me Comfort the Boy, aka A Shoulder to Cry On or Comfort The Boy, was announced, many fans have been hoping to see their favorite male actors in the lead roles .

Shortly after the production of the drama of the same name as the original Naver webtoon announced that the BL drama would star not just one, but two K-pop idols, fans began to lose their cool . They started bidding on idols like Astro’s Cha Eunwoo, TXT’s Taehyun, Pentagon’s Hongseok, or NCT’s Jaehyun while wondering which two lucky idols would star in the upcoming BL series.

On May 16, Spire Entertainment, the label that manages 11-member boy band Omega X, shared the news that not one, but two members of the show will be starring in new BL drama Comfort The Boy. The label reported that members Jaehan and Yechan were both cast members in web drama Let Me Comfort the Boy, based on Lezhin Comics’ 2018 webtoon Comfort the Boy. It has been reported that the K-drama version of the BL Manhwa (comic) will have a total of 12 episodes and will be released as a web series.

The show will star Omega X’s oldest member, Jaehan, as well as the group’s maknae (youngest member), Yechan. Jaehan will play Lee Da-yeol, an outsider who joins the archery club at the school where Yechan’s character, Jo Tae-hyun, studies. Much more attention seems to be being paid to two Omega-X members, Jaehan and Yechan, who will be making a comeback this June along with the other nine members of the group with their second mini-album, Love Me Like. Following the comeback and promotions, the web drama “Comfort the Boy” will be released in September 2022, starring Jaehan and Yechan from Omega X.

‘Comfort The Boy’ webtoon aka ‘Shoulder To Cry On’ was written by Dongmul and follows the arc from enemies to lovers. The story is about a boy, Da-yeol, who is resting in the nurse’s office one day and is alerted by strange noises he hears from the bed next to his. Suddenly he draws the curtain separating the two beds and is shocked to see two boys on the bed. When the nurse returns to the room, one of the two boys accuses Da-yeol of assaulting him. Since Da-yeol is being punished through no fault of his own, he gets into a feud with the mysterious boy.