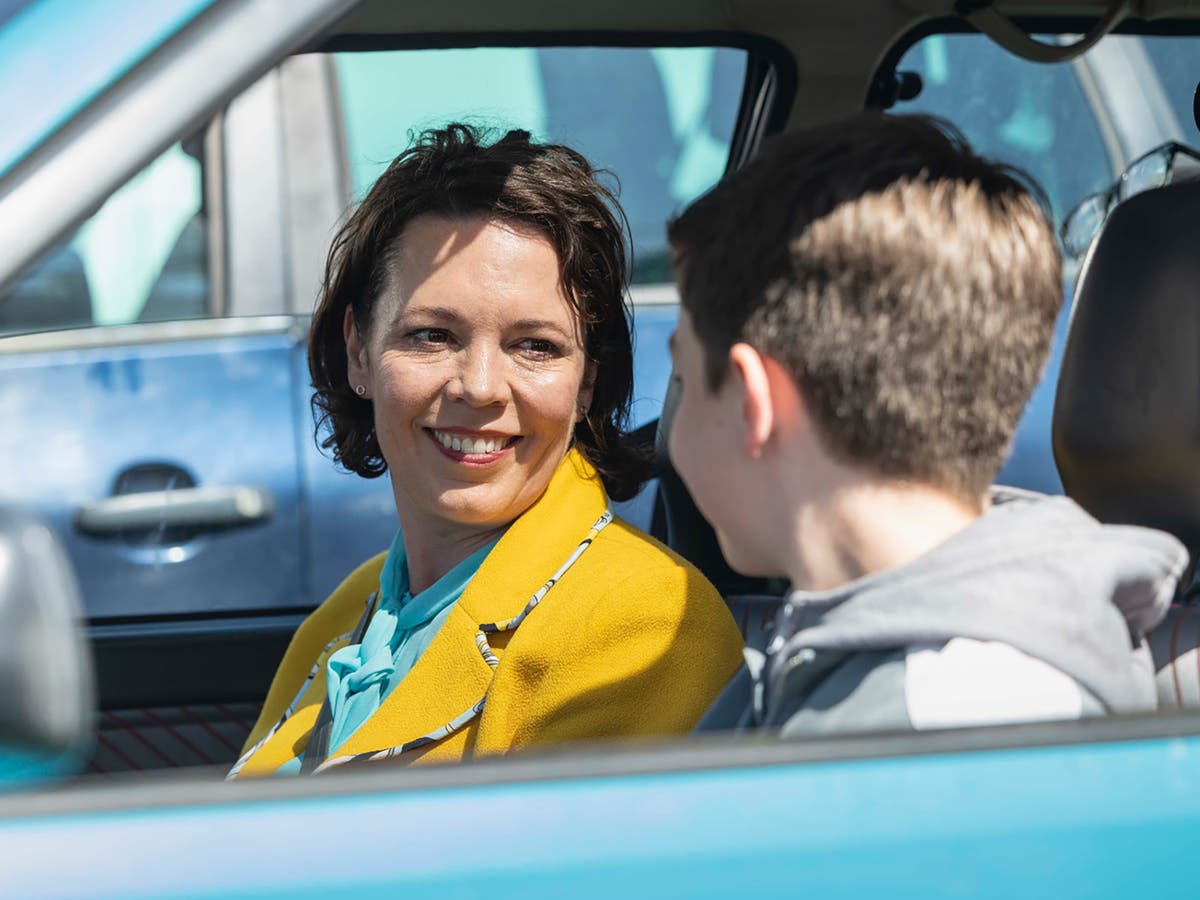 Corresponding joy ride, a real toothache of a road-trip comedy, one mild case of kidnapping is enough to change a woman’s mind about motherhood. Unfortunately, documentary filmmaker Emer Reynolds’ first feature film is a textbook demonstration of how easily the dogged pursuit of sentimentality can offend those it seeks to woo. In doing so, it ignores the multiple realities of womanhood, arguing that reluctance to have children may really just be a case of nervousness on your first day in the office. joy ride is not anti-choice propaganda. But it’s getting dangerously close.

It’s almost a shock to see that joy ride Headlining was Olivia Colman, whose roles helped shed light on every single column of motherhood, whether beautiful or repulsive in its nature. She was even nominated for an Oscar for the last one: Maggie Gyllenhaals The Lost Daughter, tenderly exploring the sense of regret that mothers are always so viciously shamed for. Here she plays Joy (just a reminder, the movie is called joy ride), a solicitor in County Kerry, Ireland, who wakes up with her newborn baby in the back of a stolen taxi. The car was hijacked by 12-year-old runaway Mully (Charlie Reid), and it’s a far cry from Joy’s intended destination. Her plan before it fell apart so spectacularly was this: leave the baby with her best friend who is dying to adopt, and then hop on a plane to Lanzarote.

There is a touch of Colman’s thorniness in Ailbhe Keogan’s script. When Joy is scolded by a food truck owner who thinks she starved her two children, she replies with a vigorous “f*** off.” Colman treats those simple words like a three-course meal. That makes her the national treasure she is, even if joy ride insists on dressing her in a yellow and cyan combo kit that makes her look like she’s a cabin crew on a flight headed straight to hell.

But Colman’s work feels – time and time again – undermined by the tenuous words of wisdom constantly thrown at her by other characters. For a road trip film that ticks off all the usual tropes – the car breaks down, there’s a police chase – a significant amount of time is devoted to lectures, given either by random men or by Mully, a kid with the knowledge base be maintained by a professional midwife. Once, popular Irish comedian Tommy Tiernan shows up with a tin whistle and the words, “You can’t love a child half.” Mully is his niece’s closest thing to a father figure, giving him the authority to wave a hand at Joy’s reluctance to breastfeed her baby. “You just think she doesn’t want you,” he claims. Joy’s attitude of being “hands-on and solution-oriented” is seen as a sign of cold-heartedness, and significantly, the film never gives her best friend Angela (Aislín McGuckin) the space to explore her own feelings about the adoption.

Reynolds treats the material squarely as broad-based comedy with a touch of sincerity – broad-based Irish comedy at that, with tourist-friendly landscape pans and plenty of lulling Celtic music. Reid, who is genuine and funny in the role, develops some chemistry with Colman. But it’s difficult to deal with joy ride likewise a pleasant but easily disposed of romp, especially when Reynolds loads the film with so much cheap symbolism. A Pietà-like tear falls from Joy’s cheek onto the baby’s forehead. Then a CGI robin chasing the refugees across Ireland. And for what? To tell women to overcome their insecurities and embrace motherhood? It’s hard to find the healthy in it.