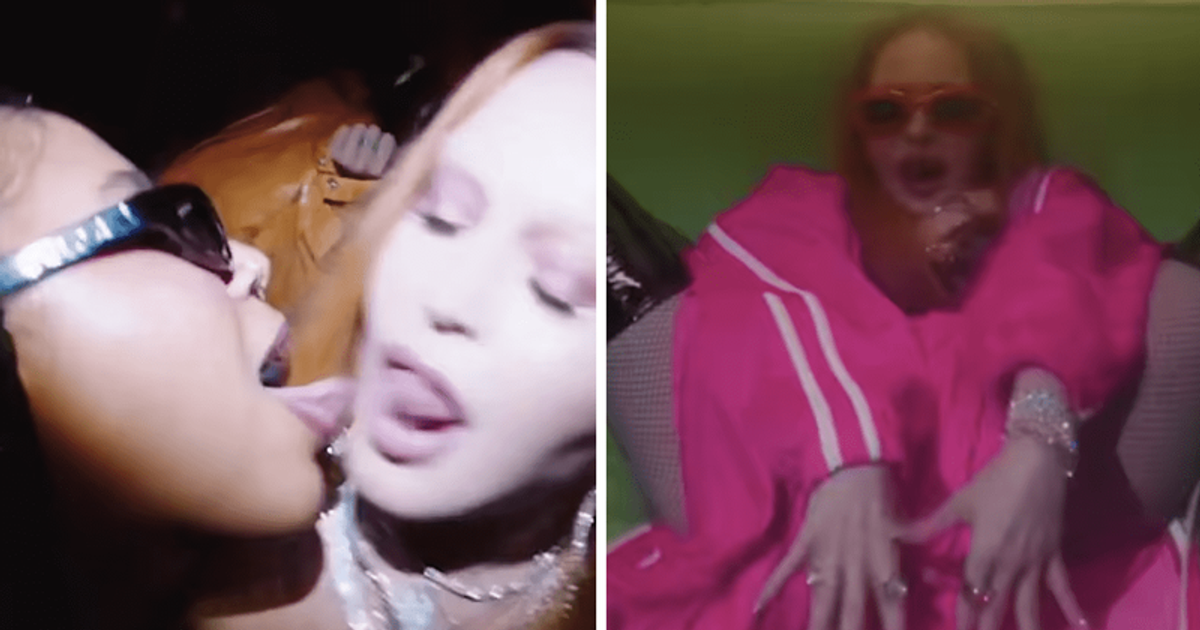 Madonna’s racy efforts didn’t seem to impress her fans, who said she was “destroying her legacy.”

NYC, NEW YORK: Madonna went all out in her new music video, which saw her do plenty of steamy sessions with Tokischa Altagracia Peralta. The 64-year-old also kissed the Dominican rapper on the lips before engaging in a series of raunchy acts. The songwriter’s new work is called ‘Hung up on Tokischa’, the teaser of which she posted on her Instagram page on Tuesday 20th September.

In the social media clip, the “Queen of Pop” was seen in many revealing outfits, including a busty black corset and red hot pants. She also donned pink and neon colored clothes. Footage showed her sexy twerking and dancing with the 26-year-old artist. It was said that filming for the new song took place in the Dominican neighborhood of Washington Heights.

Madonna has been in the business for several decades, but there came a time in her life when her representatives thought she had lost her career after falsely showing up while performing at the inaugural MTV Video Music Awards in 1984. Speaking on ‘The Tonight Show’ in August this year, she revealed: “I was doing this show and I went down the very steep steps of the wedding cake and I got to the bottom and I started, in my white stiletto heels dancing around.”

She went on to explain, “And I was trying to do this smooth movement of diving for the shoe and looking like it was choreography. And my dress flew up and my butt showed. Can you imagine? Those were the days when you shouldn’t show your butt to make a career. Now it’s the other way around.”

Madonna added that it “happened by accident and I didn’t even know my butt was showing. It wasn’t even like the whole butt, it was just like a butt cheek, like half a butt cheek. Yes, when I went backstage, my manager told me my career was over.”

Meanwhile, it seems the icon’s recent racy endeavors haven’t seemed to impress her fans. One person commented on her Instagram post: “She’s the awkward old aunt at the club. There’s a better way to evolve. She’s the queen of it, why is she resorting to it for the sake of relevance? The second wrote, “When excess becomes garbage.” The third shared, “Is this supposed to be… ART? I only see vulgarity and not a single aesthetic. So disappointing of you 😞 Where is the talented, sexy and provocative Madonna we all love? We miss her…” “That chick will still grind up anything and anyone that still sticks its tongue in its mouth and vice versa. the fourth noted.

A fan of hers demanded: “Madonna, please just record a new album with new material. Please stop this remake stuff for gods sake you can do better.” Another fan commented, “I think it’s time to stop remixing and releasing your songs and recording brand new songs, without singing with those nobodys.” “I remember a time when Madonna proudly said, ‘I am the art’…. When we look at this horrible video, it’s not true anymore! I’ll remember old times… it’s so sad to see you destroy your legacy,” added one dispirited user.