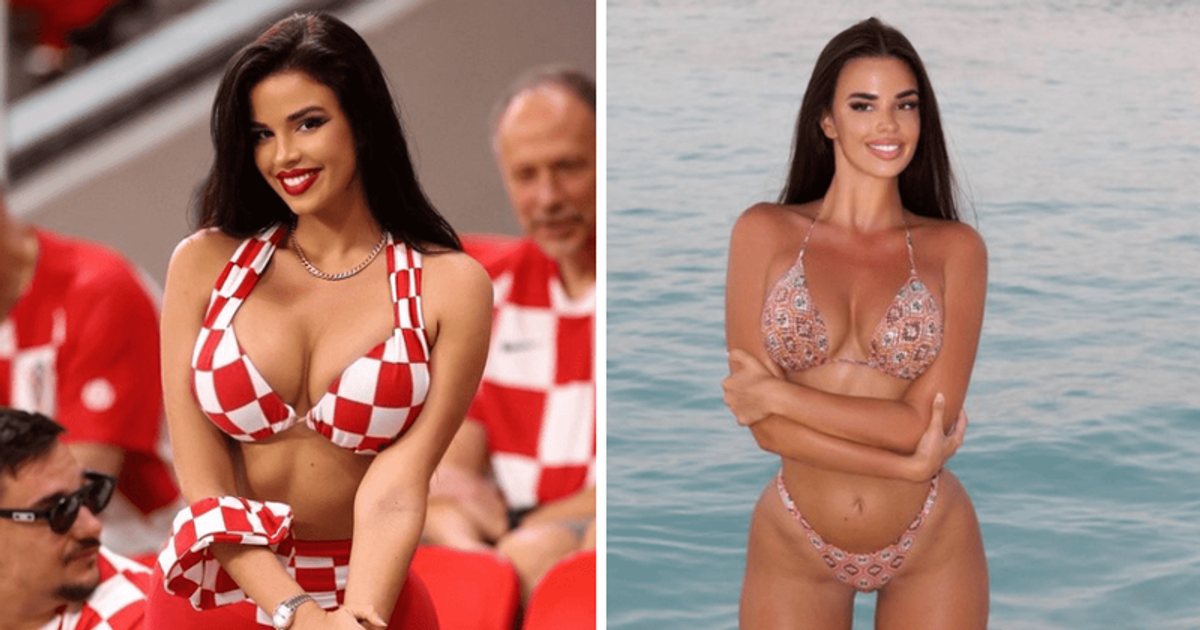 ZAGREB, CROATIA: Ivana Knoll posted a topless picture that caused her social media followers to go wild. The model, who has been dubbed the ‘hottest World Cup fan’, shared a classy picture of herself posing on the beach on Saturday January 20. In the post, the 30-year-old Croatian model can be seen underwater in a beach chair while covering her bare breasts with her hands. The picture was uploaded to Knoll’s Instagram account with the caption, “What’s up guys?”

The post garnered over 200,000 likes in an hour. Knoll’s World Cup fame has earned her over 3.5 million followers on social media. The steamy photo was a huge hit with her fans, with one writing, “What a delight love.” Another commented, “Looks incredibly beautiful stunning lady.” A third chimed in, “So hot and pretty .” “Very nice,” added a fourth. The hot snaps came hours after she shared pictures of herself in plunging dresses and dancing on a pole on her Instagram story.

Knoll rose to fame at the World Cup in Qatar when she was spotted donning skimpy clothing to go against the nation’s decency laws. She went to the World Cup to support Croatia, the country of which she claims to be the “biggest fan”. She has explained that since her performance in Qatar, soccer stars have messaged her after noticing her.

Latestpagenews previously reported that the Croatian model was criticized by netizens for wearing a lot of skimpy outfits in the stadium during the World Cup in Qatar, causing a stir as she flouted the country’s strict dress codes. But she didn’t just sit back and take it; Instead, she fought back the nasty comments that came her way, speaking out to her then-1million followers to stress that local authorities weren’t upset with her outfit choice. Knoll said: “I think how can my dress or my bikini hurt someone? Please explain. But I didn’t know my video in a bikini walking by the sea was going to be such a big deal. The whole country is talking about it.” Everyone knows me here and I’ve seen that I’ve been accepted. I’ve never been afraid of being arrested for being who I am and I don’t think I can hurt someone wearing a bikini. And if that deserves an arrest, then arrest me.”