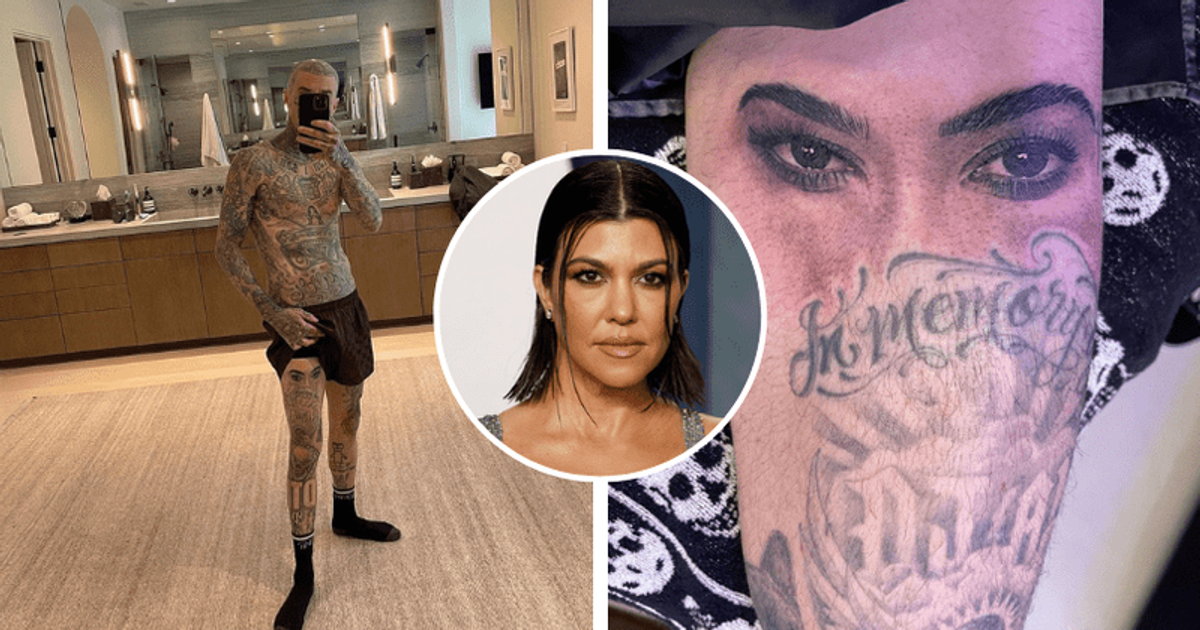 LOS ANGELES, CALIFORNIA: Travis Barker perfectly played the role of the husband every woman dreams of. Kourtney Kardashian is probably over the moon now that Barker has a new tattoo on his thigh that appears to be inspired by the 43-year-old media personality. The Blink-182 drummer, who already has multiple tattoos on his body, showed off a new tattoo in a photo he shared with his 7.9 million Instagram followers on Saturday, January 21.

The new ink appears to be the ‘Kardashians’ star’s eyes. “Oh hey,” Barker captioned the post, pulling up his black plaid boxers to reveal the new body art in a full-length mirror selfie. The post also included a photo of Kardashian posing for a selfie in the same bathroom mirror while her husband hides behind her on his knees with his hands on her thighs.

“I wrote ‘I love you’ in cursive, and then I did it. I put it on. I made the gun,” Kardashian said on TODAY in September. “And then I practiced and did a ‘K’ with hearts. So there are a few.” Barker also called Kardashian’s “I love you” ink “my favorite tattoo from my favorite tattoo artist.” In 2021, he shared a photo of it on his Instagram story after the Poosh founder completed her masterpiece earlier in the year.

It now appears that Barker has added an extra pair of eyes to his life that will be watching over him for years to come. Kardashian and Barker tied the knot at a large Italian wedding in Portofino, Italy after legally wedding in Santa Barbara, California last May. The duo was reported to be dating in January 2021 and they announced their engagement in October.