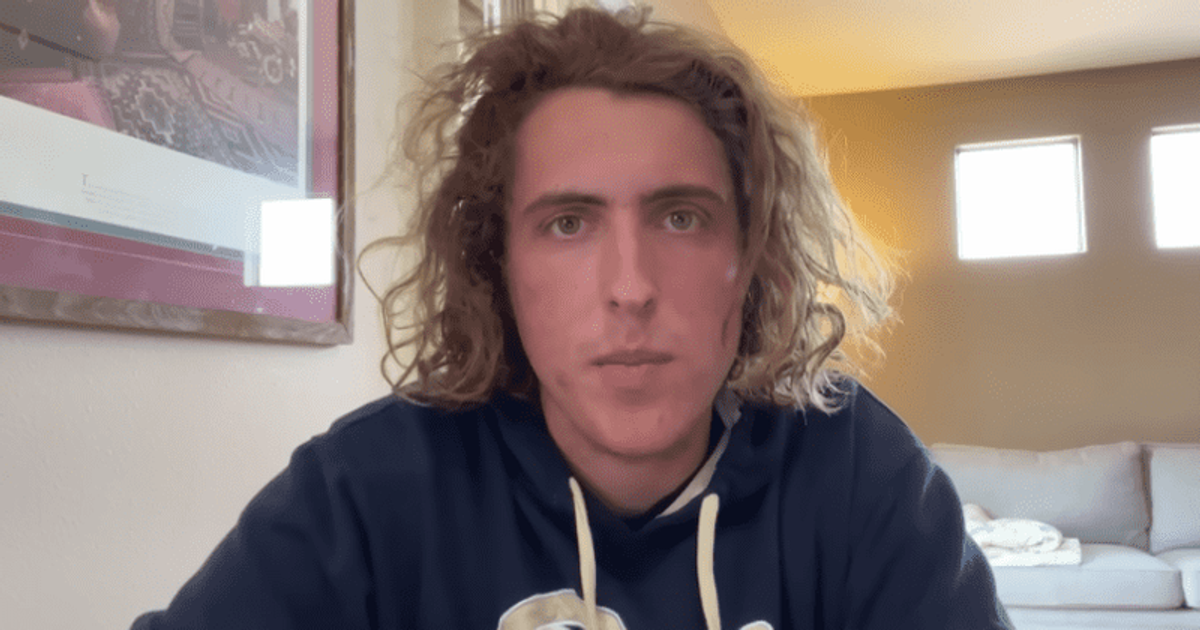 PHILADELPHIA, PENNSYLVANIA: Andrew Callaghan has finally broken his silence as he addressed allegations of sexual misconduct. The newly minted documentary maker posted an apology video to YouTube on Sunday, January 15, 2023. Callaghan began by thanking “every single person who has come out over the past week to speak out about various ways my behavior has made them uncomfortable. ”

Callaghan said he didn’t realize he was exhibiting “sex plague behavior,” adding that he strives to “do better and be fully responsible for everything I’ve done.” However, several of Callaghan’s employees and supporters have dumped him amid sexual misconduct allegations. Comedian Tim Heidecker, who also served as producer on Callaghan’s documentary This Place Rules, claimed he has “no plans” to work with Callaghan.

The former ‘All Gas No Breaks’ host went on to apologize, saying: “It’s never easy to speak up and it’s also been hard for me to listen.” not even really aware up until that point that I had this pattern that was affecting multiple people. I also want to apologize for my silence. I think when this stuff first came out I was in a state of denial and shock.” Callaghan went on to explain that he plans to start therapy, join Alcoholics Anonymous and “take a serious step out of public life to resign”.

Despite the video, users across the internet weren’t pleased and slammed Callaghan’s apology. One user wrote: “Andrew Callaghan apology video ticks all the checklists for sex pest apology video. It doesn’t sound sincere at all.”

Another added: “What really gets me into Andrew Callaghan’s situation is that some of the people who have reached out have said they have been trying to reach him. For a chat and an apology. And this asshole just ran away and didn’t want to participate.”

Another explained, “He used every bit of language to minimize what he was doing, ‘I was persistent’ ‘It was rape culture’ ‘It was alcohol’ ‘There’s more to the story you don’t know’ ALL of these things are meant to give you, the viewer, some justification for your mental gymnastics. #AndrewCallaghan.”

Another chimed in: “This is a man who acknowledges his wrongs and wants to work with societal expectations to avoid future harm. What should he say specifically? What should happen?”

“Andrew Callaghan creating a new channel and apologizing in it is fucking crazy. He has less than 1,000 subscribers on this channel and is beginning to focus on his Spiral. It’s not up to me to accept his apology, that’s for his victims, but it’s NOT looking good,” claimed one user.

“Well, there’s not really much else he can do at the moment. Neither woman has lodged a complaint with the police or accused him of anything other than harassment. Admitting his mistakes and owning up to them is probably the best thing he can do. I can’t wait to see how his accusers see it,” one tweeted.

“Mayoress of Kingstown” Season 2 Episode 1: Why did Dianne Wiest’s Miriam let go of the mugger after she was attacked?

“Mayoress of Kingstown” Season 2 Episode 1: Why did Dianne Wiest’s Miriam let go of the mugger after she was attacked?