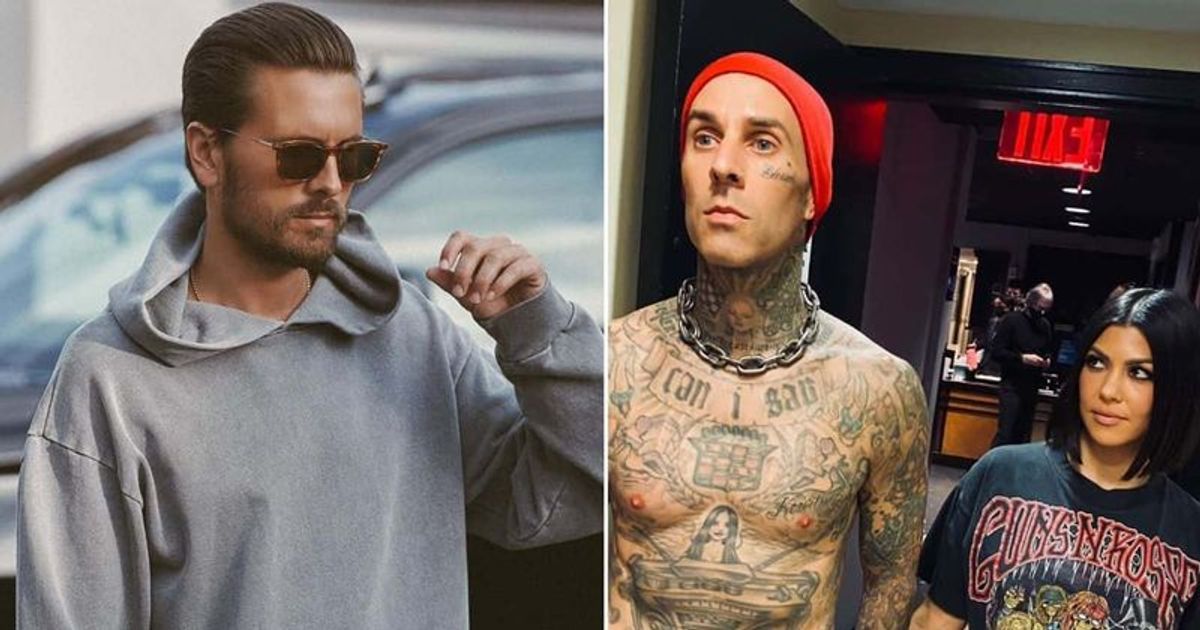 Disick will not be present for Kourtney’s special day, but her three children, Mason, 12, Penelope, 9, and Reign, 7, will be in attendance

Scott Disick is not among the “family and friends” of Kourtney Kardashian and Travis Barker, who gathered for their big wedding in Portofino, Italy this weekend. Disick will not be present for Kourtney’s special day, but her three children, Mason, 12, Penelope, 9, and Reign, 7, will be in attendance. According to TMZ, Kourtney, 42, and Travis, 46, picked a small group of loved ones to watch their wedding, but unsurprisingly, Disick wasn’t invited.

Kourtney K and Travis Barker were legally wed in a Santa Barbara courtroom but are reportedly planning another grandiose wedding. The couple have rented the Castello Brown, a medieval local history museum on a hilltop overlooking Portofino harbour. “They had to get legally married first before their big Italian wedding, which is happening very soon,” a source told People. Additionally, Kris Jenner, 66, reportedly said things are private about the planned wedding while they went shopping in the port city. Kris told a publication, “All the details are settled and the whole family, including all the children, is very excited,” adding, “I’ve been sworn to secrecy… When I say something about a wedding, I’m walking in such big ones.” being trouble!”

The dating history of Kourtney and Disick

Kardashian and Scott Disick met during a house party in Mexico organized by Girls Gone Wild founder Joe Francis. Disick and Kardashian were planning to get married in Las Vegas in 2007, during the first season of Keeping Up With the Kardashians, but her mother, Kris Jenner, persuaded her to postpone the wedding. During the 2011 season finale of Kourtney and Kim Take New York, Disick had been planning to propose to Kourtney. Between 2005 and 2015, the couple was on and off for over a decade before calling it quits for good.