“Not even Big Ben wanted to say goodbye”: The famous clock does not strike at 8 p.m. to initiate the minute’s silence for Queen 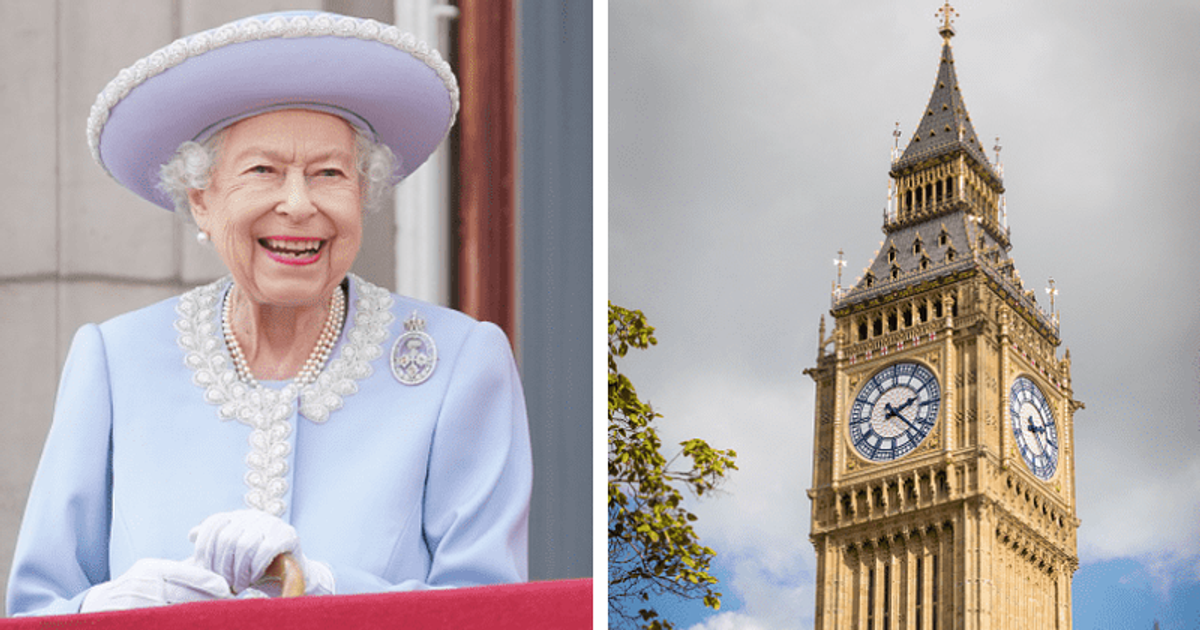 LONDON, UNITED KINGDOM: Big Ben, which was supposed to go on strike at 8pm on Sunday 18 September, did not as the world mourned the passing of Britain’s Queen on Thursday 8 September. The London landmark was due to ring 96 times during the Queen’s funeral – one for each year of her life – and royal experts now fear it will remain silent during the event.

Parliament officials launched an “urgent” investigation into what had gone wrong, according to MSN. The bell is housed in the Elizabeth Tower, which was named after Her Majesty in 2012 during her Diamond Jubilee.

Royal Central Editor-in-Chief Charlie Proctor tweeted: “Parliamentary authorities are urgently investigating why Big Ben did not chime during the national minute of silence tonight as scheduled.”

In a follow-up tweet, he wrote: “Everyone is worried as Big Ben has to ring 96 times tomorrow – once for every year of their lives.”

Meanwhile, a Parliament Speaker told MailOnline: “Big Ben did not strike at 8pm as planned. We urgently investigated this and identified a minor technical issue which has now been resolved.”

The spokesman added: “We will be testing the bell again tonight and are confident it will not affect the ringing during the state funeral procession tomorrow.”

The incident took place during the minute’s silence for the Queen during the National Moment of Reflection to remember the late monarch, when the queue to see how she was laying in state was stopped and Prime Minister Liz Truss put her head in front of number 10 tended.

According to the outlet, the bell was scheduled to ring to usher in the National Moment of Reflection at 8 p.m. on Sept. 18. Noting the problem, ITV’s Royal Editor Chris Ship wrote on Twitter: “Big Ben (in the Elizabeth Tower) is instructed to ring once a minute as the Queen’s coffin leaves @wabbey (Westminister Abbey).”

Social media users were appalled by the iconic watch’s untimely failure. One said: “Omg I thought something happened it was a freakin’ silence!!! Thought I missed it.” Another wrote, “I was wondering why. Maybe it wanted to show its respect as well.” A third chimed in: “Perhaps not ringing the bell is in itself a sign of grief, unplanned like the rainbow.” A fourth commented: “Not even Big Ben wanted to say goodbye.”

On the eve of Queen Elizabeth II’s funeral, rainbows were seen over Westminster and Windsor as Londoners admired the beautiful crimson sky over Big Ben on Sunday 18 September. The Queen, who served as the nation’s foremost figurehead for more than 70 years and was the longest reigning monarch in British history, appeared to be receiving a final goodbye from heaven.

Rainbows could also be seen over the line of mourners who had waited all night to see the Queen in state.