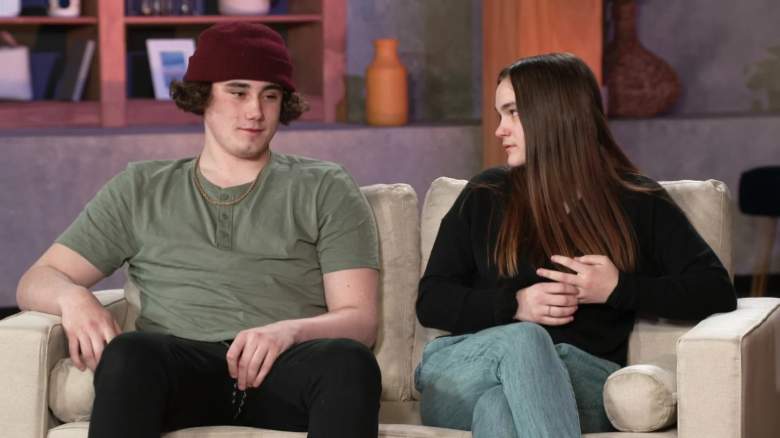 “Unexpected” stars Jason Korpi and Kylen Smith sparked rumors that Smith was pregnant again after they shared a pic of a sonogram on Instagram on June 16.

“So excited to finally be sharing our BIG NEWS,” Korpi and Smith wrote in the caption. They instructed social media users to click the link in their bio and disabled comments on the post.

When fans clicked the link, they were taken to a Celebuzz story announcing old “teen mom” pregnancies. Catelynn Baltierra’s pregnancy with Rya Rose – now 18 months old – was the first story to be unveiled. “16 and Pregnant” alum Izabella Tovar was also included in the article. She gave birth to her baby in September 2021.

Smith and Korpi deleted the ultrasound images days later, but the links remained in their Instagram bios.

An original poster on Reddit took a screenshot of Smith’s post and shared it on the Unexpected forum.

During his time on Unexpected, Korpi described himself as a “professional raw dogger.”

“I have something where I don’t like condoms and don’t use them,” he said in his first TLC confessional.

“Well, you put it on and then you took it off,” Smith said.

Korpi said he was “hyped badly” when he found out he was having a boy. “I’m going to raise him to be just like me,” the TLC star said.

Korpi may be one of the most talked-about cast members on “Unexpected,” but fans have called on TLC to terminate the teenage father’s contract after accusing him of “abusing” Smith. A Change.org petition to fire Korpi garnered more than 14,000 signatures from supporters.

According to Korpi – who spoke exclusively to Heavy – TLC approached him and Smith to participate in “Unexpected” season 6, but he told them to be “F off.”

Korpi said he and Smith plan to do their own tell-all on YouTube after Unexpected season 5 airs.

Part two of the “Unexpected” reveal aired on June 12. At the time of this story’s publication, Korpi had not yet uploaded his version of events to YouTube.

Korpi, 19, said Heavy his son – Xavier – is fine. “He’s fine, he’s growing too fast for time to pass with a little man around😂,” the TLC star told Heavy.

Some of Smith and Korpi’s co-stars — like Lili Bennett — tried to speak up for Smith when they saw each other at the hearing.

Smith didn’t appreciate the cast coming to Korpi and defended her boyfriend.

“I’m like holy shit, she’s like abused and that’s scary for her,” Bennett said. “She’s so brainwashed and it’s so sad.”

Bennett told fans she hasn’t kept in touch with Smith since the revelation.

“I wasn’t trying honestly,” she told a fan. “I think she felt like I didn’t like her or I was trying to attack/be mean to her at all, which wasn’t my intention at all, so I did.” just let it go. I wish her and her sweet baby all the best and hope that one day she can be free.”