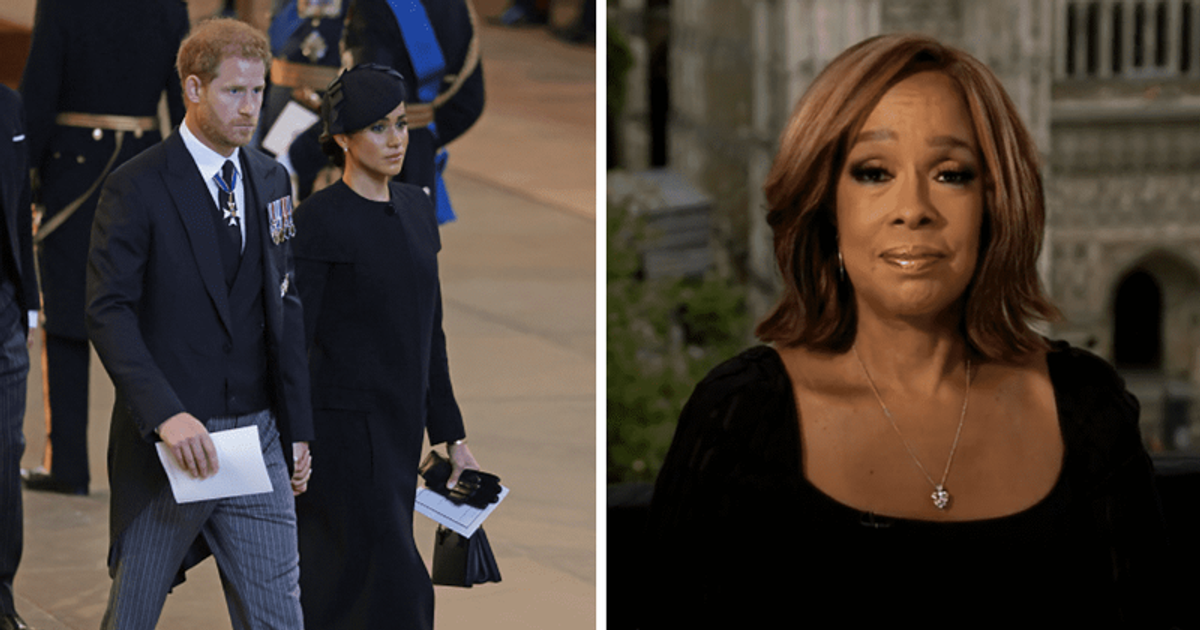 Despite many moments when Prince Harry and Meghan Markle showed unity with William and Kate, there was no solution, says Gayle King

LONDON, ENGLAND: The Duke and Duchess of Sussex, Prince Harry and Meghan Markle, are returning to their home in California without repairing ties with the new monarch, King Charles and Prince William, claims the couple’s close friend Gayle King.

After the Queen’s funeral, the CBS Mornings host said the “uproar” caused by Meghan and Harry’s decision to step down from royal duties and their interview with Oprah Winfrey has not been resolved, despite Charles holding out an olive branch .

“There have been efforts on both sides to sort this out somehow. Big families always go through drama, always go through turmoil. It remains to be seen – will they move closer together or will they be pulled apart? I have no idea, I don’t have any inside information on this, but I’ll tell you one thing: it was good to see Harry standing with his family,” King said, while claiming there was no rapprochement.

The couple are reportedly excited to return to their California home as they want to be with their children Archie and Lilibet, who have now been separated from them for two weeks. Harry and Meghan arrived in the UK on September 4 to attend their previously planned engagements but decided to remain in Harry’s hometown after hearing news of the Queen’s death.

During this time, royal well-wishers saw several rare displays of public unity between Harry and William. He and William stood side by side with their father, who was devastated by the death of his mother. Harry and Meghan made a series of rare appearances together with the royal family. The couple were seen reuniting with the Prince and Princess of Wales for a tour where they inspected the royal well-wishers’ floral tributes to the Queen.

Earlier, Harry and William had dinner together after receiving the Queen’s coffin at Buckingham Palace. William was even spotted making a warm gesture to Meghan as she looked uncertain outside of Balmoral Castle. However, all these efforts were in vain as the royal brothers never got any closer to their relationship despite spending more time together.

Former Vanity Fair and New Yorker editor Tina Brown also commented on the matter, stating that Prince Harry had to forget his book in order to regain the royal family’s trust. “This is an incredible moment to seize. The country loved that sense of unity and to see the brothers together again, it was a beautiful sight,” Brown said.

“But unless he gives up his book and the telltale documentaries and interviews, there can be no trust. I think if he does, there may be a way. The royal family needs him and there is a lot to do.” Kate does not want to travel the world, she is a mother of three. They have to split up somehow and Harry has a big part to play if he wants to. And if Meghan wants to, because of course she hated every bit of it,” Brown added.