‘No collaboration, it’s theft’: Kelis calls out Beyonce, Pharrell ‘Get Along with You’ over Queen Bey’s ‘Energy’ sampling 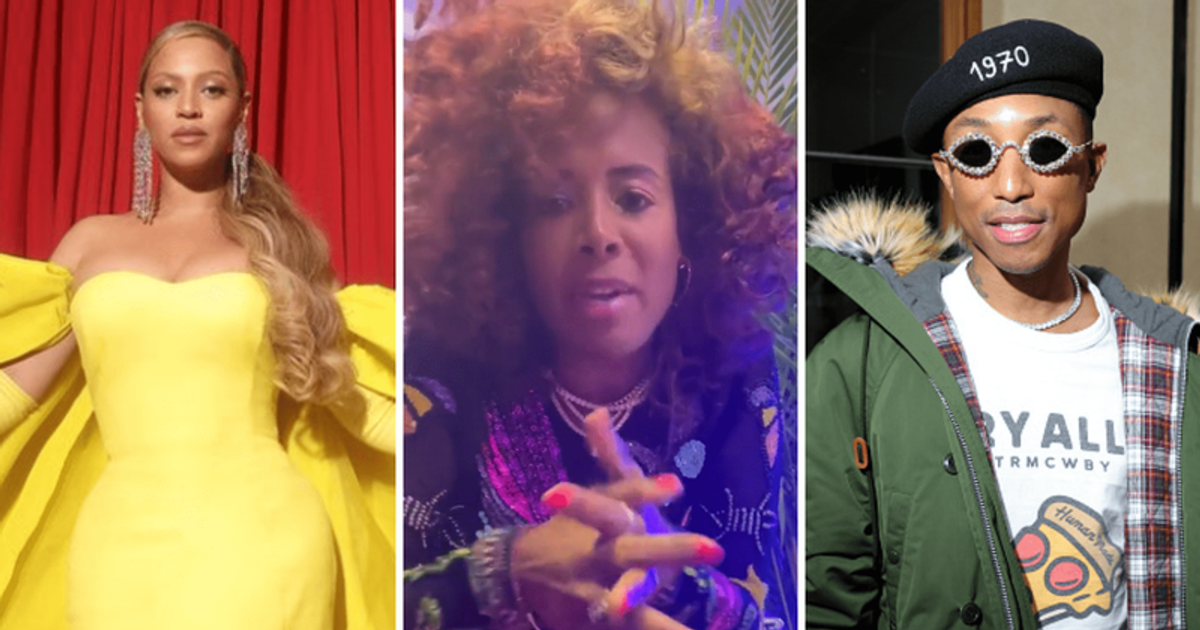 Singer Kelis was furious after she voiced her grievances that Beyonce sampled the single “Get Along With You” for her new song “Energy,” which will be included on her upcoming album Renaissance. The song “Get Along With You,” credited to Pharrell and Chad Hugo of The Neptunes, was originally featured on Kelis’ debut 1999 album Kaleidoscope.

A fansite pointed out how excited they were about the collaboration between Beyonce and Kelis, but the latter was quick to reply that it wasn’t a collaboration, it was a theft. The 42-year-old crooner, from her @bountyandfull Instagram account, commented on the fan page that admiring wasn’t the right word when a fan said, “I’ve always felt that Beyoncé really admired Kelis.” Kelis later went on to her original one Instagram account to express their frustration. For the layman, Beyonce’s Renaissance is out Friday, July 29th.

Kelis commented on a fansite: “I’m blown away too because the level of disrespect and total ignorance from all three parties involved is amazing,” adding, “I heard about this just like everyone else. Nothing is ever what it seems, some of the people in this business have no soul or integrity and they have fooled everyone.”

Again, the ‘Milkshake’ hitmaker replied to a fan that it was ridiculous when one person pointed out that Beyonce used to sample ‘Ring the Alarm’ back in 2006. Kelis later went to her Instagram and captioned a video,” I said What I Said Because It’s The Truth. You don’t have to like or agree with it. Facts are facts. If you’re a sheep keep it moving, this conversation is going to get over your head. I didn’t ask for it, but I’m not afraid of it either.” The hit single “Get Along With You” is credited to Pharrell and Chad Hugo, and it’s unclear if Beyonce was legally required to record the sample with Kelis prior to the release of “Renaissance ” to clarify.

Kelis posted another video to Instagram, captioning it: “Just heard that the record everyone is saying has my rehearsal on it. But at this point it goes beyond this song. That was a TRIGGER for me.” She continued, “Milkshake alone is one of the most licensed records of our generation. I’m a creator, I’m an innovator, I’ve done more than leave my mark in an era of music and style that will go down in history,” adding, “But there are thugs and secrets and gangsters in this one.” Industry that smile and go through with it until someone says enough is enough. So I say it today. I come for what’s mine and I want redemption. Peace.”

Kelis drags Beyonce and Pharrell over sampling “Get Along with You”

Social media users flocked to Twitter as Kelis called out Beyonce and Pharrell for song credits. “Kelis deserves so much more than people belittling her influence on music, berating her for being cheated and a barrage of emojis in her comment. She’s been telling this story about Pharrell for a while. And really trying to use her grief to say she’s thrashing is disgusting,” said one angry person, while another chimed in, “People light up kelis and try to defuse their feelings. But any person would be upset if they saw their work as an artist constantly being stolen or not receiving recognition. Like, yes, The Neptunes has their masters. But that’s the whole point. They exploited and stole them.”

The next claimed: “I love Beyoncé with all my heart and soul but Kelis is 100% right and there’s no denying that. I hope they make it because I know the song will be great because they are both great artists. F**k Pharells punk a**.” One user wrote, “Kelis is more than entitled to be annoyed. Beyoncé (or her people) should have picked up the phone and called to give her the forewarning. And the Neptunes must give up their masters and stop being greedy and petty. That’s it. That’s all.” Another shared, “I mean, Kelis isn’t wrong with her feelings or what she’s saying. You can still love Beyoncè and empathize with Kelis and her frustration at how she’s being treated.” One user added, “Testing your work without permission and the people getting paid to do it are Pharrell and Beyoncé, not Kelis – I’d be outraged too. It’s always to uplift and protect black artists until black artists are taken from.” black capitalists who adore them.” And one concluded, “Someone in Parkwood should have called Kelis. Pharrell and Chad deserve a mighty a** whooping cough for the way they played them. Simple as that. I’m glad that Beyoncé credited her for a coin, but I think what Kelis is asking of us is simple: respect, consideration, and maybe a little revenge.”

“Kelis is more than entitled to be annoyed”