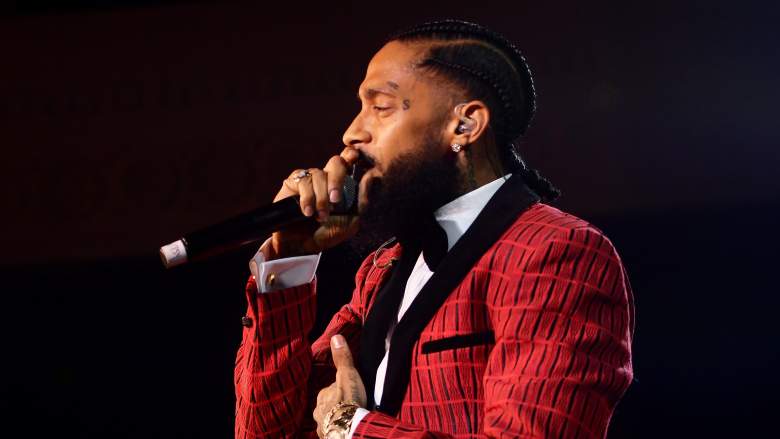 The full autopsy report on the 2019 shooting of rapper Nipsey Hussle has been released by the Los Angeles County Coroner’s Office. Nipsey Hussle was shot 11 times on September 20, 2022, according to Heavy’s report. The report came after Eric Ronald Holder Jr. was convicted of first-degree murder during a July trial in Los Angeles District Court.

Nipsey Hussle, real name Ermias Joseph Asghedom, was killed on March 31, 2019 outside his clothing store in the Crenshaw neighborhood of south Los Angeles. Hussle, 33, was taken to hospital and later died. He is survived by his partner Lauren London and their two children.

The coroner’s office said in April 2019 that Hussle’s cause of death was gunshot wounds to the head and torso and that the manner of death was homicide. The 30-page report, released in September 2022, does not include photos from Nipsey Hussle’s autopsy. According to the report, his autopsy was completed on April 1, 2019. The then 29-year-old Holder was arrested on April 2, 2019. He’s awaiting sentencing.

Some details of the autopsy report were released during Holder’s trial, and photographs of the autopsy were shown as evidence. The full report is a public document, but was only available from the coroner after the criminal investigation and trial had been completed.

The Deputy Medical Examiner Dr. Timothy Dutra wrote in his April 13, 2019 report: “In my opinion, this 33-year-old man, Ermias Joseph Asghedom, died as a result of gunshot wounds to the head and torso.” According to the case report, the shooting happened at 3:20 p.m., while Nipsey Hussle and two other men were standing in the parking lot of the mall where his store is located when he was shot by a suspect who approached him, opened fire and fled on foot.

Paramedics found Nipsey Hussle, who was suffering from multiple gunshot wounds and in complete traumatic confinement, and transported him to the emergency room, according to the report. He could not be resuscitated in hospital and was pronounced dead at 3:55 p.m., the report said.

Holder was convicted of first-degree murder on July 6, 2022. He was due to be sentenced on September 19, but his hearing has been postponed to November 3. Holder faces life imprisonment. He has been in custody since his arrest in 2019. He was also convicted of two counts of attempted manslaughter and possession of a firearm but found not guilty of two counts of attempted murder.

According to ABC News, Holder’s attorney Aaron Jansen said he plans to appeal the conviction. Jansen told the news channel: “Given the high-profile circumstances surrounding the case, it was always going to be difficult. We are grateful that the jury partially agreed that the case was overcharged and voted to acquit Mr. Holder, Jr. of the two counts of attempted murder.”

During his closing arguments, Jansen said, according to CNN, “We told you Mr. Holder Jr. shot Mr. Asghedom. We told you it was first degree manslaughter and that he acted out of passion. And we told you what that heat of passion he acted on consisted of – it consisted of being publicly called a snitch by someone as famous as Nipsey Hussle, and we think the evidence showed that. “

Prosecutor John McKinney said during his shutdown, according to CNN: “We have a systematically executed step-by-step plan to return to this parking lot and kill.” It’s not done in the heat of passion but 10 minutes into the conversation, in fact it’s done after shaking hands with Nipsey Hussle.”