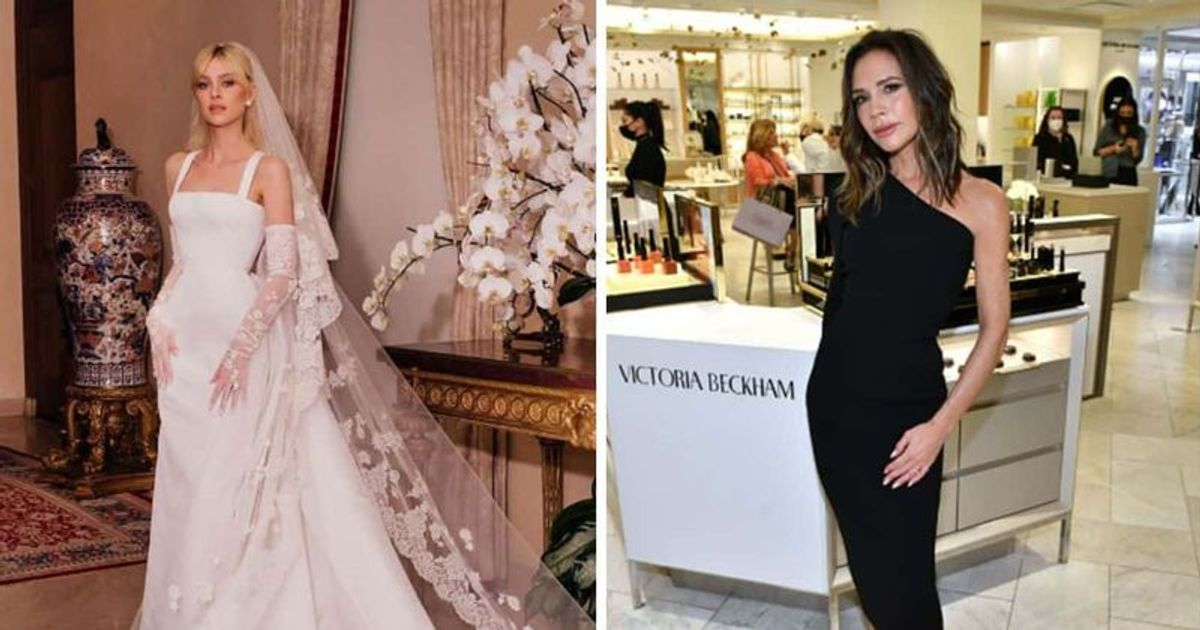 However, the actress has insisted that Victoria and her husband David Beckham are “great in-laws”.

LOS ANGELES, CALIFORNIA: Nicola Peltz Beckham has set the record straight in relation to reports claiming she chose not to wear a dress designed by her mother-in-law, Victoria Beckham, on her wedding day. The 27-year-old actress claimed she wanted to get married in a Victoria Beckham dress, but the latter actually called her mother, Claudia Heffner Peltz, after they were “silent” for days, only to say she couldn’t pull it off eventually put on.

The bad blood between the ‘Bates Motel’ star and her husband Brooklyn Beckham’s family seems to have its roots in the couple’s April wedding, which Claudia is said to have handled.

Nicola and Brooklyn tied the knot in a lavish £4million ceremony at Nicola’s father’s Florida mansion on April 9, 2022, although Victoria had reportedly preferred a venue in the Cotswolds, slightly closer to home .

In response to the “alleged feud”, the actress has insisted Victoria and husband David Beckham are “great in-laws”, while adding that rumors of an alleged falling out “hurt”. [her] feelings”.

Speaking to Grazia USA, however, she did hint at some stress surrounding the wedding dress debacle with her in-laws: “Well, I was planning on wearing Victoria’s wedding dress,” she explained. “I was really so excited to wear a design my future mother-in-law created. We connected to start designing the dress and then a few days went by and I didn’t hear anything.” She continued, “Victoria called my mother and said her studio couldn’t do it. So I talked to my mom and Leslie [Nicola’s close friend and stylist Leslie Fremar]and I thought, ‘Well, unfortunately, that can’t happen, so what’s the next step?'”

“When I read things that say I never intended to wear one [Victoria Beckham] Dress, it hurts my feelings. I try not to let it, but it just isn’t the truth. It’s just a little bit unfortunate when you’re like, ‘Oh, people think that,’ but it’s just not true,” added Nicola.

Nicola went on to mention that despite the speculation, her husband Brooklyn is keen to have children, but she wants to wait a little longer. “Brooklyn tells me every day that he wanted to have kids yesterday and that makes me fall in love with him a lot more,” she said. “I’m so excited to be a mom one day. I just want to be as good a mother as my mother and give them my full attention. So I feel like I have a few more things to do before I have kids. But we definitely want a very big family.”