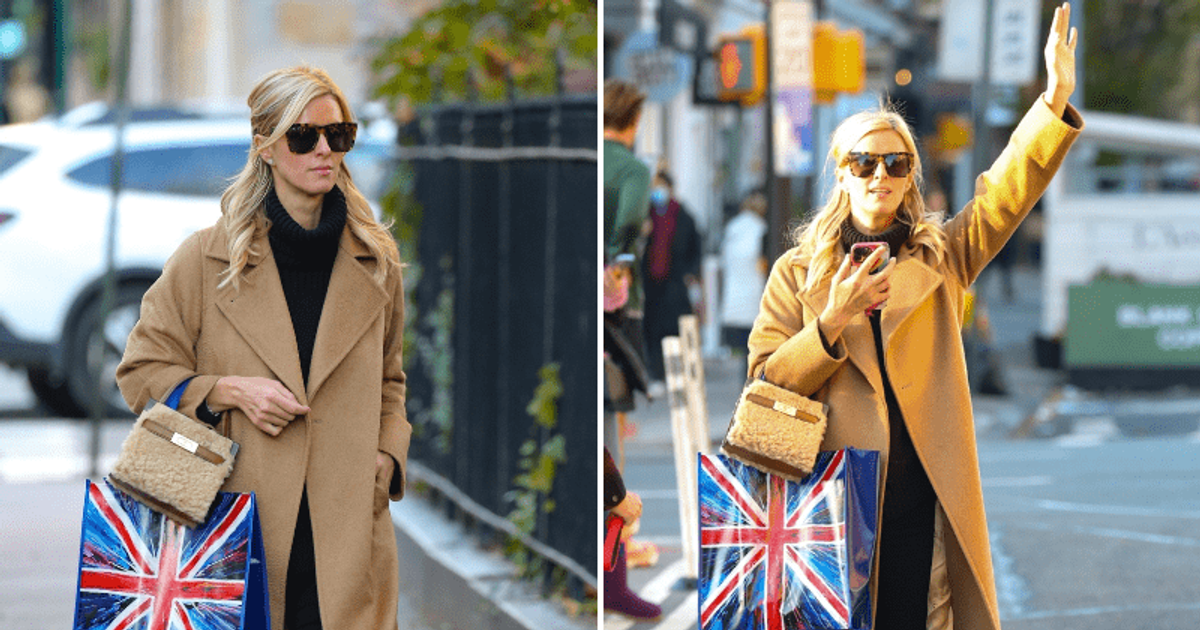 The 39-year-old socialite showed off her fashion quotient beneath the cardigan when she stepped out in black skinny jeans and an oversized ribbed turtleneck on Tuesday, November 22. The Hilton family heiress paired the ensemble with a pair of chunky lace-up boots, while carrying her belongings in a small fur-look handbag. She completed the look by styling her long blonde tresses in loose curls and accessorizing with large dark sunglasses.

The mother-of-three was spotted on the phone hailing a cab while carrying her purchases in a distinctive Union Jack bag.

Nicky welcomed her third child and first son with her husband, financier James Rothschild, 37, on July 5.

The model married Amschel Mayor James Rothschild’s only son, joining one of the wealthiest families in the world. The wedding took place in a lavish ceremony at the Orangery in Kensington Palace Gardens in London on July 10, 2015.

Nicky and James met four years earlier at a wedding in Rome, following the reception of British heiress Petra Ecclestone and her now ex-husband James Stunt. “We didn’t meet [until] after the reception during cocktail hour,” Nicky told W magazine in an interview. “I was standing there with my sister and I was talking to a boy who was talking to Paris. and [James] went over and introduced himself. And I said, ‘He’s cute too.’ And then we didn’t see each other [until] after dinner. I was living in LA at the time; he was in London. So it was the LA-London long-distance route for about a year.”

The couple have two daughters together, Lily-Grace, six, and Theodora “Teddy”, four. They have yet to reveal the name of their son, who was born in July. Taking to Instagram on July 5, Nicky posted a black-and-white silhouetted picture of herself and her husband as she announced a new addition to her family. “We’re officially a group of 5!” She wrote. “Welcome to the world, sweet boy. Mum, dad and the big sisters couldn’t be more in love.”

Nicky and James have yet to reveal birth details of their newborn son. However, she has been sharing pictures of the family over the past few months while maintaining their privacy and making sure she isn’t revealing the baby’s face just yet.

Chip Tayag: “Hero” WBTV pilot made a last-second swerve to keep helicopter from crashing into freeway

Nicky was immediately busy in the weeks following the birth of her son. She threw a summer dinner party to celebrate the release of a collaborative collection with shoe retailer French Sole, for whom she designed a line of animal-print ballerinas. The 2019 collection was her first shoe design. However, the heiress has also released a range of looks over the years, including the signature “Paris” apartments, named after her older sister Paris Hilton, the Daily Mail reported.