Nick Kyrgios slammed for dropping an F-bomb in front of Prince George at Wimbledon: ‘How will he ever cope?’ 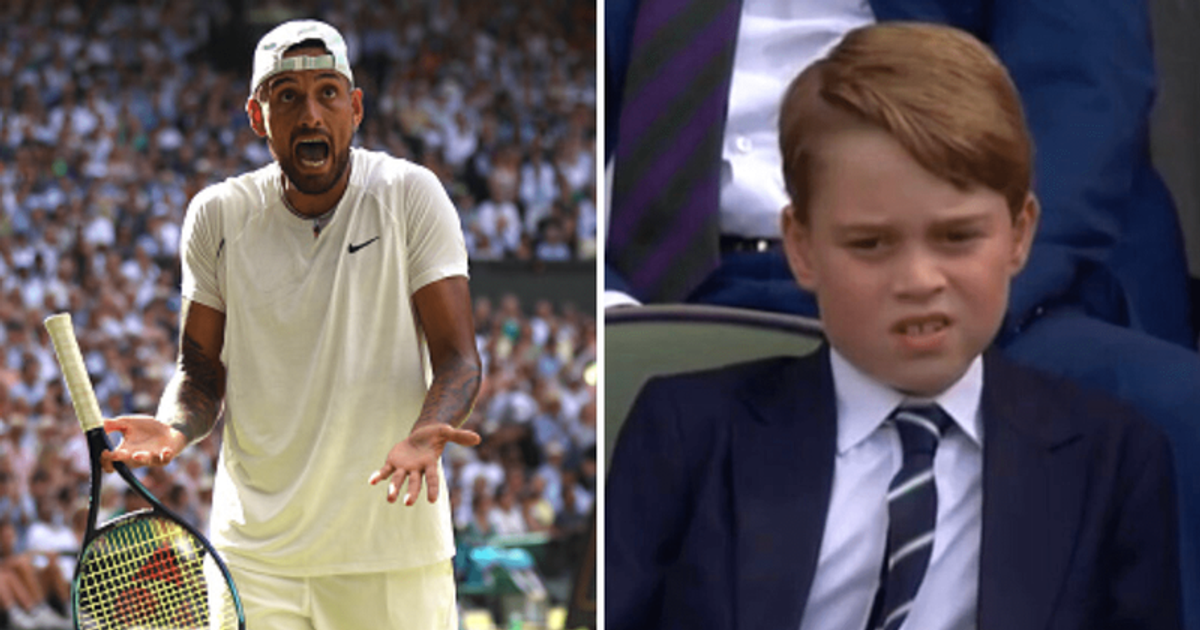 Wimbledon 2022 men’s singles final between Novak Djokovic and Australian tennis player Nick Kyrgios proved quite dramatic as the latter was fined after twice dropping the F-bomb on the court in the presence of Prince George. The 8-year-old was all over Twitter after he was spotted commenting on Kyrgios’ offensive remarks from the Royal Box.

Prince George celebrated his first Wimbledon final appearance with the Duke and Duchess of Cambridge by his side. The little one became a hot topic of discussion as many joked about how he got a master class in swearing. Speaking of Nick Kyrgios, his behavior was ridiculed for swearing in front of little George. For the layman, Kyrgios lost the final to Djokovic as the latter claimed his seventh Wimbledon title.

Social media users were all pulling Kyrgios as they joked about Prince George’s facial expression. “Today is the day Prince George became a man,” one joked, while another chimed in, “Prince George is getting a master class in swearing today.” One user added, “The Wimbledon commentator described Nick’s awkward traits Kyrgios and then added that we all love him anyway. For real? Insulting the Empire, swearing in front of Prince George, yelling at all sorts of people. You are joking.”

The next tweeted: “I was cheering Kyrgios up to this childish and ridiculous display of ‘I’ll temper.’ Not now. Give me professional and dignified every time.” One, on the other hand, shared: “If he can’t keep a civil tongue he should be banned from all UK tournaments for two years.” One person said: “Poor George, how will he ever deal with that finished?” As another said, “I love him for his brilliant tennis and I’m pretty sure it won’t be the first time PG will hear a curse.” One person concluded, “I bet George has heard this all before .”