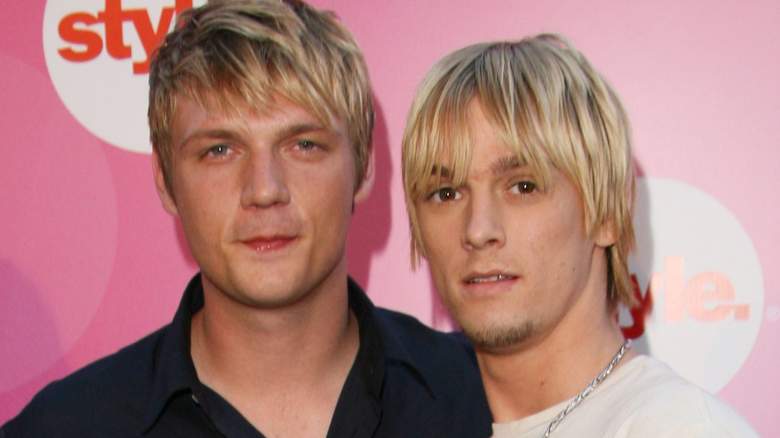 Backstreet Boys member and “Dancing With the Stars” runner-up Nick Carter wrote an emotional tribute to his brother Aaron Carter, who was found dead on November 5 at his home near Los Angeles at the age of 34.

In an Instagram post full of photos of the two brothers together as children and throughout their teenage years, Nick Carter said his heart was broken at his younger brother’s death, despite their “complicated relationship.”

The Carter siblings had a tumultuous relationship. In 2019, Aaron’s twin sister Angel and Nick filed a restraining order against Aaron. In a tweetNick said that Aaron had threatened his (Nick’s) family.

“After careful consideration, my sister Angel and I regret having to seek a restraining order against our brother Aaron today. In light of Aaron’s increasingly alarming behavior and his recent admission that he has thoughts and intentions to kill my pregnant wife and unborn child, we were left with no choice but to take all possible measures to protect ourselves and our family. We love our brother and really hope he gets the right treatment he needs before he or anyone else is harmed,” Nick wrote at the time.

Angel Carter posted her own series of photos of herself with her twin brother on Instagram, writing that she loved him “above all”.

“To my twin… I loved you beyond measure. You are greatly missed. My funny, sweet Aaron, I have so many memories of you and I and I promise to cherish them. I know you are at peace now. I will carry you with me until the day I die and see you again,” Angel wrote.

The Carter siblings have two other sisters – Bobbie Jean and Leslie. According to ABC News, Leslie died of a drug overdose in 2012. The five starred in a short-lived reality show on E! Called the “House of the Carters”.

As first reported by TMZ, Aaron Carter was found dead at his home in Lancaster, California on November 5. Law enforcement sources told TMZ he was found in his bathtub, and a spokesman confirmed to The Hollywood Reporter that police are investigating a suspicious death. but no cause of death has yet been released.

Aaron Carter placed fifth on the ninth season of “Dancing With the Stars” alongside his partner Karina Smirnoff. Older brother Nick competed with Sharna Burgess in season 21 and placed second.