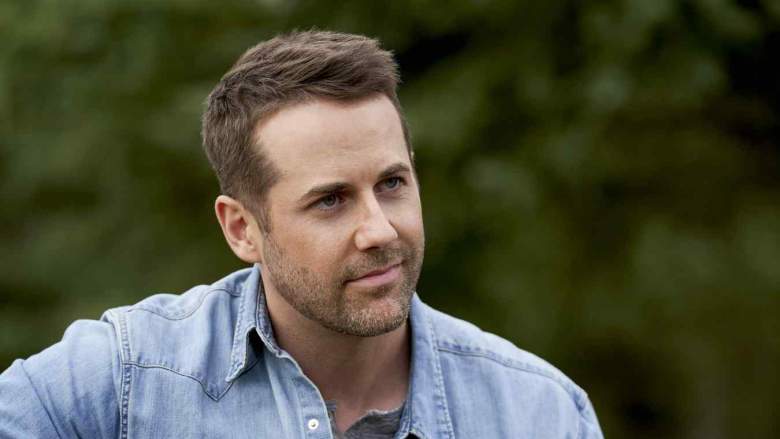 Niall Matter is a longtime Hallmark star, not only in films but also with a starring role in the mystery series Aurora Teagarden. He recently spoke candidly about how he feels about Hallmark changing direction as the network looks to become more inclusive and diverse.

In an interview with Media Village, Matter spoke about Hallmark’s new direction, which aims to make more realistic films and focus more on inclusivity.

Matter shared that he loved how his film The Secrets of Bella Vista took place during National Hispanic Heritage Month.

“I loved that the family spoke Spanish in it (with subtitles),” he told Media Village. “It was real – and a great thing.”

He added that he loves the new diverse scripts he sees.

“As an actor, artist, and someone who is always very happy to work with Hallmark as a company, I’m excited about the scripts I see,” he said. “They are evolving and the brand is something I’m thrilled to be a part of. I like the direction these scripts are taking and it was great to get the opportunity to sink my teeth into different types of work within the company.”

Matter also told Media Village that he loves the various characters he portrays, from Rip Van Winkle in a previous Hallmark film to the more subtle character in Bella Vista.

“When you’ve done as many films with Hallmark as I have, you look for scripts that have a little bit of a different element,” he said. “It’s definitely something That Secrets of Bella Vista.”

He added, comparing the last two characters he played, “With a character like Rip … I mean, every actor wants the freedom to make bold decisions and try things that take you outside of your comfort zone. Fortunately, I like to live out of my comfort zone and push myself. But I feel like playing the more subtle character and underestimating things can be just as difficult, if not more so.”

Matter certainly had an interesting career and life. An accident that almost killed him when he was younger is why he is an actor. It took him almost six months to learn to walk and after the accident he was unable to return to his old career. Ultimately, this change drove him to acting.

Although he has starred in many Hallmark works, some fans may not remember that one of them was “When Calls the Heart.” He played Shane Cantrell in season 4 but his character was dropped just before season 5.

Matter told My Devotional Thoughts in 2017 that he was disappointed he wasn’t brought back to the show as well, adding that he had planned to be on the show for quite some time.