Netflix Releases ‘Pinocchio’ Trailer Weeks After Disney, Fans Ask ‘Why on Earth’ Do They Have Two Movies in the Same Year? 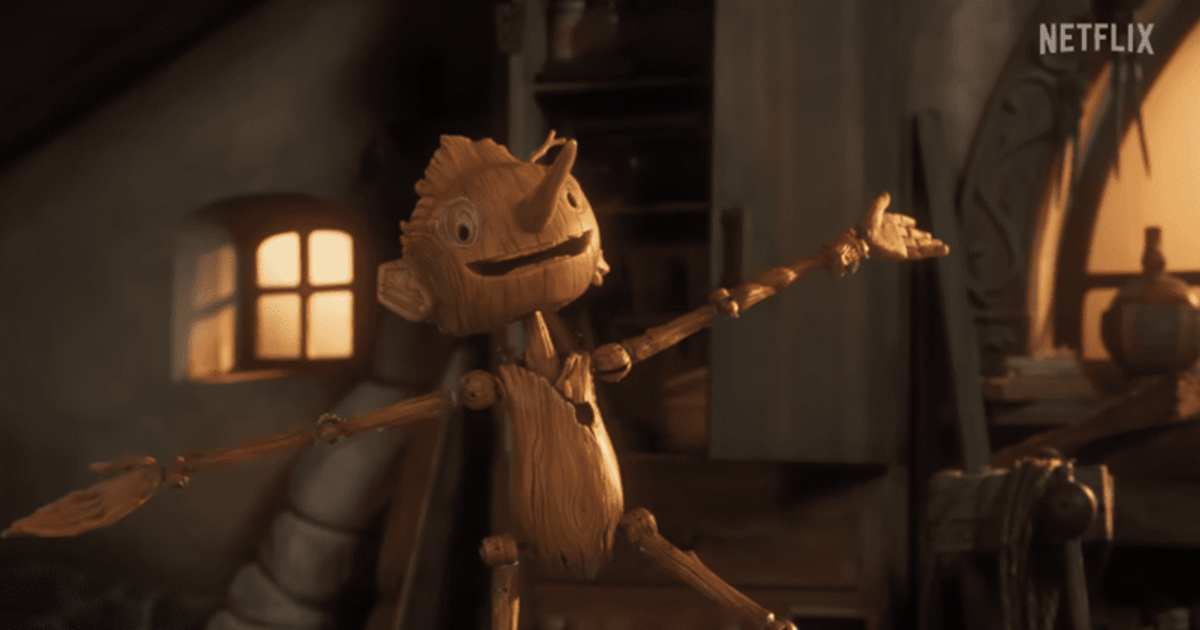 “I really don’t think the world is ready for 3 Pinocchio movies in a year,” one fan wrote on Twitter

Netflix has unveiled the latest trailer for Guillermo del Toro’s Pinocchio, which reveals a dark and beautiful take on the classic tale – with the director’s signature attention to detail. Fans can now catch Pinocchio Wars as Disney+ and Netflix go head-to-head in one of the hottest battlegrounds of all time this year.

Fans first saw the stop-motion film in a short teaser earlier this year. Gregory Mann stars in the title role alongside David Bradley as Geppetto and Ewan McGregor as Cricket. Del Toro, known for films like Pan’s Labyrinth, Crimson Peak and The Shape of Water, is co-directing Pinocchio with Mark Gustafson, and he has previously described the film as a “passion project.” “After years of pursuing this dream project, I’ve found my perfect partner in Netflix,” he remarked in 2020. “We’ve spent a long time curating a remarkable cast and crew and have been blessed by Netflix’s continued support to deliver.” “Soldier continues to work quietly and carefully, hardly missing a beat. We all love and practice animation with great passion and believe that it is the ideal medium to retell this classic story in an entirely new way.”

Now both streaming platforms will premiere a Pinocchio film in the following months: Disney+ in September and Netflix in December. The first is a live-action remake of Disney’s animated classic directed by Robert Zemeckis, while the second is a darker animated film based on the original storyline and directed by Guillermo del Toro. We now have teaser trailers for both, and they look great. But viewers are already wondering if they really want to see two Pinocchio films in such a short space of time. And if not, which one should they choose?

Co-directed with animator Mark Gustafson, Pinocchio hits theaters in November, followed by a Netflix release in time for the holiday season. The plot closely resembles Carlo Collodi’s original novella. Though everyone adores Disney’s animated Pinocchio, people are wondering why the studio decided to adapt it into a live-action film in the first place. The 1940 original is still going strong. However, if anyone can pull off the combination of real action and animated special effects needed to bring Pinocchio to life, it’s Robert Zemeckis. And his longtime colleague Tom Hanks seems to fit the role of Geppetto wonderfully.

Ever since the Netflix trailer released, fans have taken to social media to ask the most important question: How many Pinnochio movies do we actually need? And that too in a year? One fan wrote: “What’s this like the 20th version of Pinocchio in the last 5 years?”

Another fan tweeted, “Why on earth are there two new Pinocchio movies coming out in 2022.”

Another tweet read, “Wait, this isn’t the ‘when can I go and be on my Oowwwwwnnn?’ How many Pinocchio movies are coming out?”

One fan, speaking about not wanting to see another ‘Pinnochio’, wrote: “This is the LAST Pinocchio movie I want to see in the next 40 years. Not because the market is suddenly bombarding us with about 6 of them since the pandemic, but because none of them can match the effort this one is having.”

A Twitter user who criticized the animation for the stop-motion image wrote, “Yikes. Like Kurt Russell from the Hateful Eight carves a wooden version of Ewan McGregor’s robot from the movie Robots with a big nose.”

However, some fans appreciate the fact that Toro’s ‘Pinnochio’ isn’t a rip-off from Disney’s version: “If you look back at all the Pinocchio movies that have been made throughout the century, this is the first that’s not a rip-off – not like that from the Disney version or unintentionally creepy. There’s also Robert Zemeckis’ version coming this year, but his film is simply a remake of the 1940 Disney film.”

One fan tweeted that they weren’t spooked by Toro’s ‘Pinnochio’ adaptation as promised by and is hopeful: “Ngl, that first Guillermo del toro Pinocchio trailer wasn’t quite as spooky and spooky as I would have liked , but I have faith that he’ll pull through and give the little ones a real scare.”

Some fans are happy with the amount of ‘Pinnochio’ content they get when they tweet, “Also it means we will have two Pinocchio movies this year since Disney’s movie comes out in September. Two different styles to enjoy .and you know what i love this for me i love pinocchio so i will happily enjoy both.

When asked why Toro’s adaptation is getting all the praise while the other two (Disney’s version and Vasiliy Rovenskiy’s version) one fan tweeted: “Take the latest movie adaptations of Pinocchio for example (for some reason we’ve got three recently), we have a hilariously bad adaptation, a soulless corporate cashgrab and a passionate project, the three have the same likes, why is only the last one loved and the others not?……”

Another fan tweeted, “I really don’t think the world is ready for 3 Pinocchio movies in a year”.