Netflix “Monsters” universe: The horrifying serial killers that could make their way onto screens 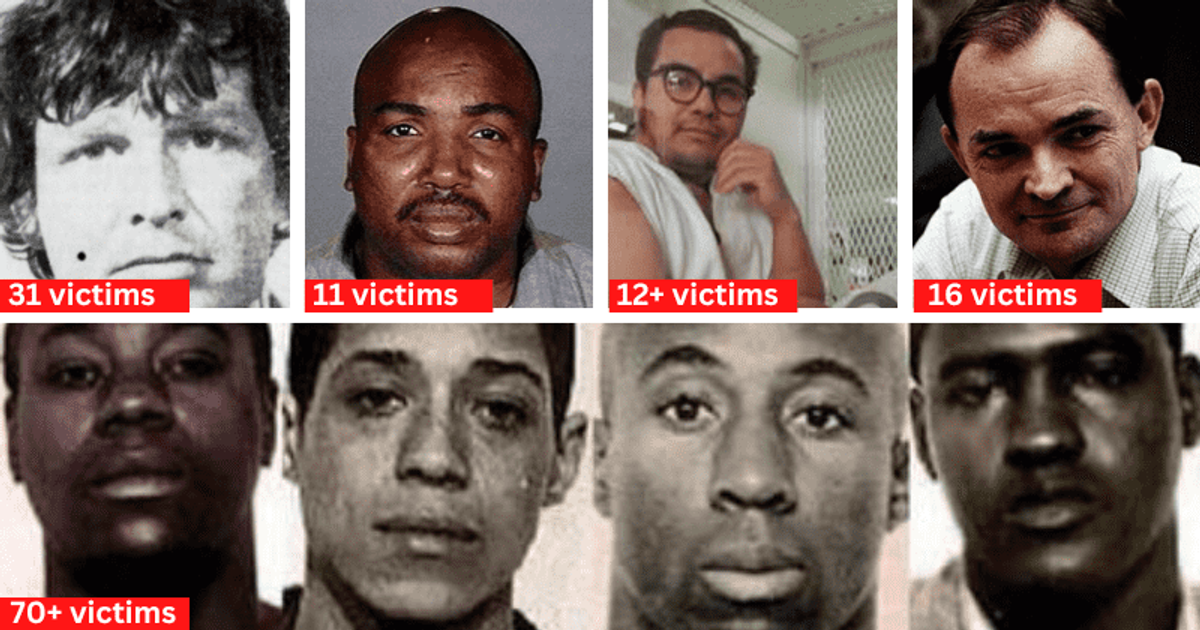 After Netflix revealed that Monster was getting two more seasons starring different criminals, here’s a list of killers whose stories could be featured next

Warning: This article contains a reminder of crime and may be triggered at some readers’ discretion

LOS ANGELES, CALIFORNIA: The series Monster: The Jeffrey Dahmer Story may have become one of Netflix’s biggest hits of 2022, but this retelling of the serial killer’s life also drew plenty of backlash from fans. Monster is the third adaptation of the story behind prolific murderer Jeffery Dahmer’s crimes, eventual arrest and prosecution. The series drove Netflix viewership so high that showmakers Ryan Murphy and Ian Brennan decided to make it an anthology.

The streaming platform will now be releasing two more installments of the Monster “universe” fairly soon, along with the highly anticipated second season of mystery thriller The Watcher. According to Netflix, there will be two different killers and the stories of their crimes in the upcoming seasons. But so far, the streaming giant has not revealed the names of the criminals. While fans have a hard time warming to the idea of ​​Netflix and Ryan Murphy monetizing these horrific true stories while glorifying convicted killers, the darkness surrounding the stories of these serial killers is undoubtedly enticing to many. So here’s our take on the serial killer stories Netflix could be tackling next, hopefully with some respect.

‘It Hurts’: Jeffrey Dahmer’s Victim’s Mom Calls Out to People Dressing Up Like Killers for Halloween

Chester Turner is from Arkansas and was convicted of 11 murders in 2003. Ten of his victims were women he had sexually assaulted, while the eleventh victim was the fetus of one of his victims, who was six months pregnant when murdered. Turner’s modus operandi was to strangle his victims and leave the bodies partially naked. He even sexually assaulted a 47-year-old woman for over two hours, threatening to kill her if she went to authorities. The woman nevertheless filed a complaint, which led to Turner’s arrest. He was convicted based on a DNA sample that matched the DNA of two of his victims. Thirteen other Cold Case murders were soon uncovered, all of which had one thing in common: the area in which those murders took place. All of Turner’s murders took place in a four-block area along Figueroa Street near his home. Turner was also later convicted of four other murders, bringing his macabre total to 15. He was sentenced to death in 2007 for the first 11 murders and received a second death sentence in 2014. The California Supreme Court heard an automatic appeal in the case on September 2, 2020. On November 30, it overturned Turner’s conviction for murdering the unborn baby, but upheld the death sentences for the other 14 victims.

Ángel Maturino Reséndiz beat at least a dozen people to death during his reign of terror. Known as the “railway killer,” the man was at the top of the FBI’s “Most Wanted” list in the late 1990s. Dubbed “a walking, breathing form of evil” by law enforcement, Reséndiz rose to notoriety as a prolific killer following the 1998 robbery, rape, and murder of Claudia Benton. Reséndiz entered Benton’s home, repeatedly stabbed her and hit her with a 2 foot tall bronze statue. The fingerprints found at Bennet’s home linked Reséndiz to a chain of other crimes that occurred near Texas railroads. “The Railroad Killer” sparked a nationwide frenzy that led to an international hunt for the serial killer, complete with Reséndiz being brought to justice after his own sister negotiated his surrender. According to Reséndiz, it was “God’s will for him to destroy abortion clinics before an evil presence compelled him to kill randomly.” Maturino Reséndiz pleaded not guilty to insanity. Despite this, he received the death penalty for his heinous crimes and was executed in 2006.

Described as one of the “deadliest and most depraved serial killers,” Randy Steven Kraft, also known as the “Scorecard Killer,” was convicted of murdering 16 men over 11 years. He was also linked to the murder of 8 other men. Kraft was labeled a “scorecard killer” after police found a note or “scorecard” with the initials of his victims’ names. Most of Kraft’s murders occurred between 1970 and 1980. His victims were found dead near freeways in California. Kraft was caught by authorities when he was pulled over for driving under the influence by the California Highway Patrol. When officers looked into his car, they found a man who appeared to be unconscious in the back seat. Upon further investigation, the man’s name, Terry Gambrel, was found to be dead. The victim’s body was also found with his pants down, suggesting a sexual assault. After a thorough search of Kraft’s car, police found tranquilizers, prescription drugs and at least 70 photos of the dead or unconscious man. Even the car seats were stained with blood. Officers also got their hands on an encrypted, handwritten list. Kraft would kill his victims by choking, suffocating, or even fatal alcohol or drug overdoses.

On August 11, 1989, a jury found Kraft guilty and he was sentenced to death. As of 2022, Kraft remains on death row at San Quentin State Prison and continues to state that he is not guilty of the crimes.

A killing spree that sparked a citywide panic in San Francisco, the “Zebra Murders” was the term coined for the murders committed by a group of African-American men. The killings became known as the “Zebra Murders” because the investigation was called Operation Zebra. The men were believed to be part of the Death Angels cult associated with the Nation of Islam and devoted to the murder of whites. The group was responsible for over 70 murders and at least a dozen attempted murders. Most of their victims were shot or beheaded. One of the victims even had his spleen, colon and kidneys torn apart, but miraculously survived. The Death Angels rose to prominence in the mid-1970s. Three men, Manuel Moore, Larry Green, JCX Simon and Thomas Manney, have been arrested for the gruesome crimes after Anthony Harris, part of the group, decided to contact authorities with information. Harris recognized his own image in the composite sketches released by authorities. He agreed to turn himself in and provide information about his accomplices in exchange for protection and the $30,000 reward offered by the police for information about the killers.

Based on extensive testimony from 108 witnesses in the longest criminal trial in California history, Larry Green, JCX Simon, Manuel Moore and Jessie Lee Cooks were convicted in 1976 of first-degree murder and conspiracy to commit first-degree murder. Each man was sentenced to life imprisonment.

On March 12, 2015, JCX Simon was found unresponsive in his cell at San Quentin State Prison. Moore died at the California Health Care Facility in 2017. Cooks died in prison at Richard J. Donovan Correctional Facility on June 30, 2021 and Green is at California State Prison in Solano.

Serial killer and rapist Anthony LaRette Jr. was convicted of one murder in 1980 but later confessed to 31 murders dating back over a decade. LaRette received the death penalty for the sole murder of 18-year-old Mary Flemming, whom he attempted to sexually assault and stabbed twice before slitting her throat. LaRette committed murders in over 11 states, including Colorado, Arkansas, and Nebraska. He even confessed to committing more than two dozen rapes.

LaRette’s hearing venue had to be moved to Warrenton due to public relations. He was found guilty by the jury after just an hour of deliberation, with a recommendation that he be sentenced to death.

After all appeals were exhausted, LaRette was scheduled to be executed on November 29, 1995; making him the longest serving death row inmate in Missouri. The day before his scheduled execution date, he was granted a stay of execution on the grounds that the claims for ineffective legal representation and alleged mental illness would be taken into account. The stay of execution was lifted the very next day. LaRette was executed by lethal injection at the Potosi Correctional Center. In his closing statement, he apologized to his family and those of his victims, saying, “I’m sorry it had to come to this.” His final meal, according to the St. Louis Post-Dispatch, consisted of steak, a dozen fried shrimp, baked potatoes, Fried potatoes, fried mushrooms, fried onion rings and two cans of Coca-Cola.