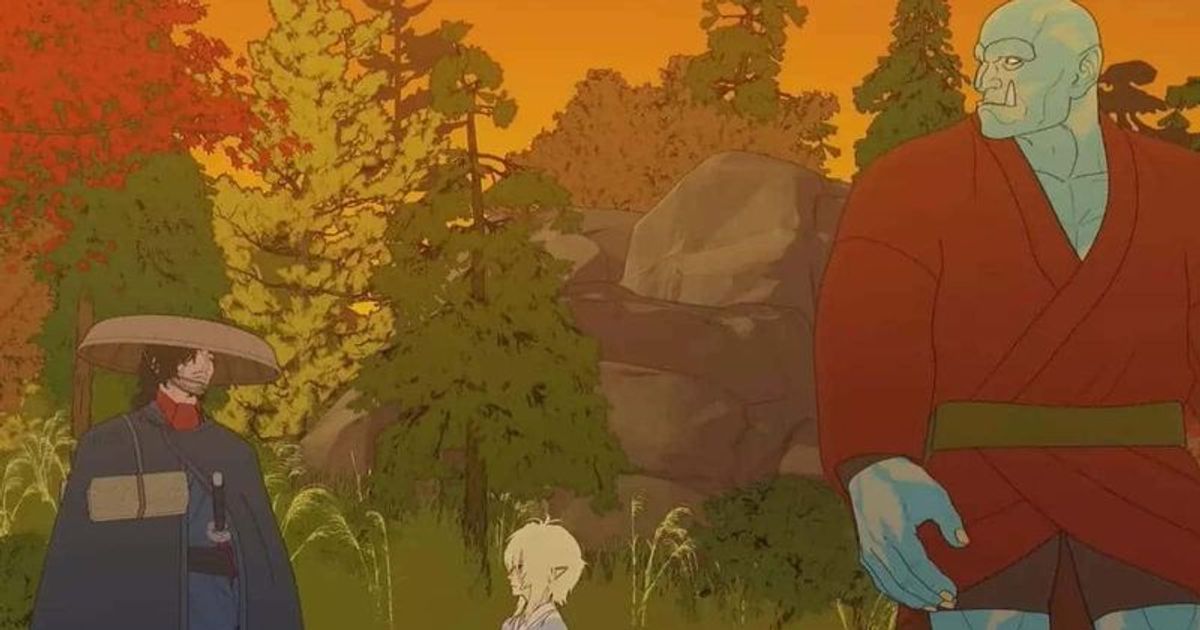 Netflix ‘Bright: Samurai Soul’ amazes with its detailing. It makes death seem real. The chopping off of limbs, heads, and blood splattering profusely across the screen ensures that it doesn’t shrink from its attempt to make the story more believable. Jin Aketagawa’s genre gives the characters more depth. The voice cast (we checked out the anime spin-off) in English is still impressive. But the massive disappointment comes from the bad narrative.

“Bright,” starring Will Smith, was a big wet squib. It was a part fantasy, part science fiction, and part ridiculous flick that wouldn’t leave memories when the credits roll, and when the Netflix series says it’s based on the live action feature, it already makes sense of despair. And for what it’s worth, the other elements that went into making this spin-off help get through the 80-minute movie.

‘The Seven Deadly Sins: Cursed by Light’: release date and everything about the Netflix movie

Directed by Kyōhei Ishiguro and written by Michiko Yokote, Samurai Soul is set in an alternate version of the Japanese Meiji Restoration period that includes humans, orcs, goblins, fairies and elves. The story begins in the past when two powers go to war to get hold of a mystical wand that has the ability to bring light into the world or to smother it in darkness.

Normality is restored after a sacrifice, darkness is conquered. Years later, in the present, light and darkness are trying to regain this fabled wand by hunting elves. A rōnin samurai named Izou (Yūki Nomura / Simu Liu), an orc, Raiden (Daisuke Hirakawa) and a young elf Sonya (Shion Wakayama / Yuzu Harada) are in the middle of a deadly war.

The most fascinating part of the film is the way it combines animation in the Japanese woodcut style. The action is breathtaking and is just another reason to see the anime, but the clunky writing and freezing cold storyline are a let down. Nomura does a great job with Izou making him one of those strong, silent warriors, while Wakayama as Sonya screeches perfectly to perfection in sequences that really require the emotions to come out. There aren’t many twists and turns and the story is simple. All in all, if you really like ‘Bright’, this is for you. We finish this by giving 2.5 / 5.

Bright: Samurai Soul is available to stream on Netflix.