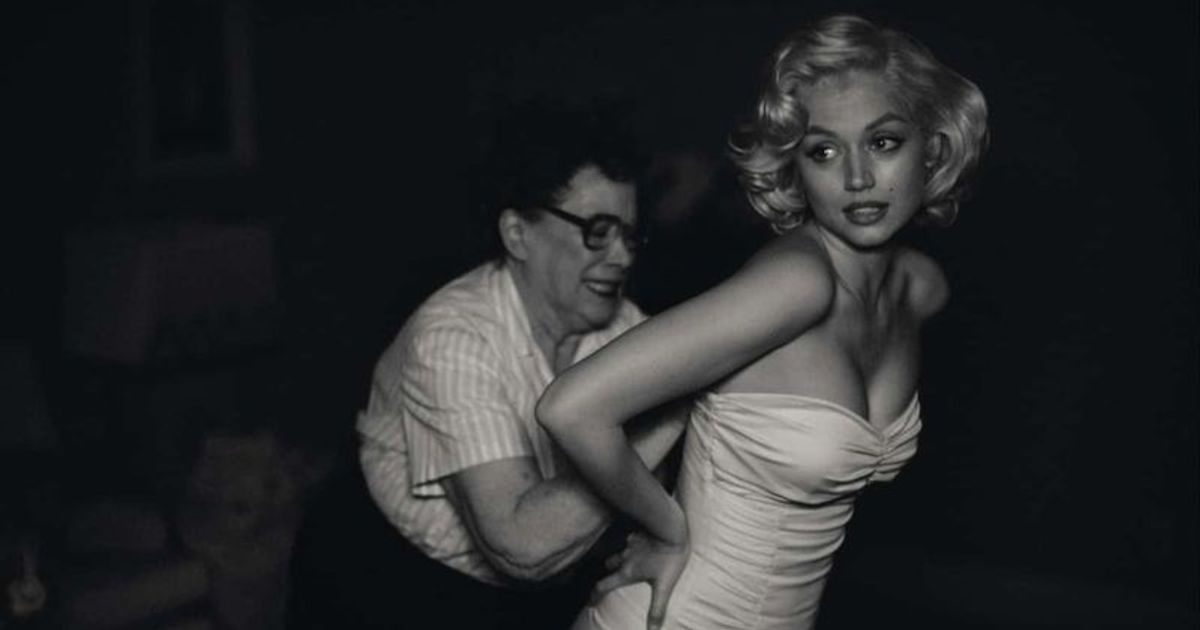 Making a biopic is never easy. The creators and everyone involved in the project have to take care of all the little details about someone who has impacted or impacted the world in impeccable ways. One of those personalities was Marilyn Monroe and we all know how she took the world by storm with her looks and bold lifestyle. Netflix has just released the first teaser trailer for the Marilyn Monroe biopic titled Blonde, in which Ana De Armas recreates some of the most iconic moments the blonde bombshell has given us.

Based on the best-selling novel by Joyce Carol Oates, Blonde is set in Monroe’s golden age of the ’50s and ’60s. It’s a fictionalized take on the celebrity’s life, giving viewers a glimpse of her inner workings and perspective on the world. The black-and-white trailer begins with Marilyn Monroe (Ana De Armas) crying in front of a mirror and also captures a snippet of the iconic white dress moment. The teaser, which lasts just over 1 minute, shows how Monroe lived her life and how much she suffered behind closed doors. Even when she smiled for the cameras, there was something about her that bothered her.

Armas embodies the character of Monroe with precision and fans were stunned to see her mimic Marilyn Monroe’s beaming smile. While discussing her preparations, Armas told Netflix Queue that she studied everything she could find about Marilyn and read Joyce’s novel to know almost everything about her. She said: “We worked on this film for hours every day for almost a year. I read Joyce’s novel, studied hundreds of photos, videos, audio recordings, films – everything I could get my hands on.”

“Give Ana de Armas her Oscar now! She totally embodied Marilyn Monroe!” wrote another social media user. “OMG Ana looks gorgeous totally gorgeous,” said another.
Another fan tweeted: “Ana de Armas, a beauty since I first saw her on the internship series. A great actress and like good wines, each year is better than the last. Ideal actress to play Marilyn.”

On the other hand, there were many who believed that the upcoming biopic will finally pay a fitting tribute to the Hollywood icon. One fan tweeted: “NC-17. Ok, that’s promising. The cast is A+. I know Marilyn Monroe has a very haunted history so I hope they do it justice. Rating and cast are on point so far.”

The film received an NC-17 rating, the highest rating in the Motion Picture Association’s film rating system. So it seems like things are going to get pretty wild in Blonde.