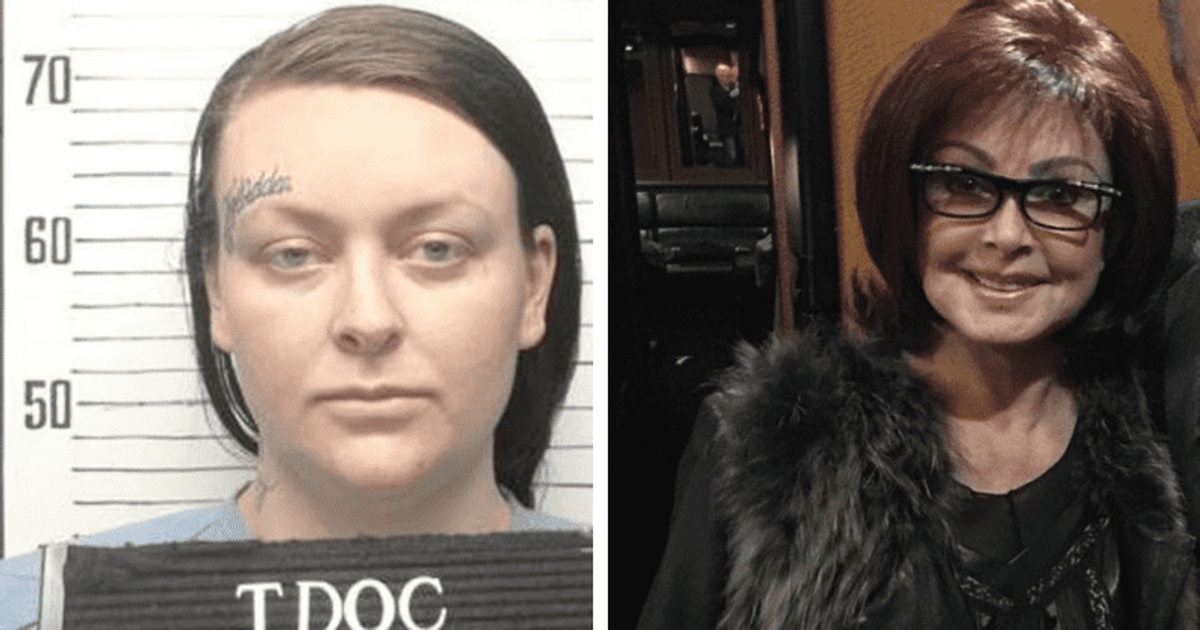 Grace Kelly, 26, is the daughter of Wynonna Judd from her first marriage, to Arch Kelly III, which lasted just three years

Naomi Judd’s granddaughter is likely to miss her grandmother’s funeral as she is serving an eight-year sentence for cooking and dealing meth. Grace Kelly, 26, has never asked to be released from the Tennessee prison, according to Dorinda Carter, spokeswoman for the state Department of Correction. Carter told the DailyMail of Wynonna Judd’s daughter, Kelly: “We have not received an inquiry. Nobody asked.”

The country music legend passed away on Saturday at the age of 76. Many reports claimed she died of suicide after a lifelong struggle with mental health issues. On Sunday, April 1, Naomi Judd was inducted into the Country Music Hall of Fame and the ceremony was attended by her daughters Wynonna and Ashley Judd.

Kelly was arrested in 2020 and sentenced to eight years in prison, paroled a year later. She was back in prison for violating the terms of her parole. Spokesman Carter said the supervisor at the Debra Johnson Rehabilitation Center in Nashville is more likely to take requests involving extreme circumstances, such as a death in the family that increases the need to attend a church service or memorial service.

According to Carter, this request must come from a family member, an attorney or the inmate himself. However, nobody asked.

Kelly’s troubles with the law have been going on for years. She was first arrested on her 20th birthday in June 2016. According to Tennessee Department of Justice records, this was due to the manufacture, distribution, and sale of methamphetamine. After pleading guilty, Kelly served a month and was paroled a year later.

Because Kelly did not keep clean, she was arrested again in 2020 for violating the terms of her probation. A year later, in April 2021, she was released on the condition that she would undergo drug rehabilitation and be tested regularly. However, in December 2021, she again violated the terms and was sentenced to serve the remainder of her eight-year sentence behind bars.

Her next parole hearing is scheduled for December this year and her final release date will be April 2024. Grace and Elijah are Wynonna’s children from her first marriage, to Arch Kelly III, which lasted three years.

In February 2020, the music legend told FoxNews, “I’ll tell you that. My daughter is the strongest Judd woman in our ‘Herstory.'” She added, “She’s healthier than I was at 23. How she got there — I wouldn’t go that route, but I was also seized. That could have been me if I hadn’t had music.”