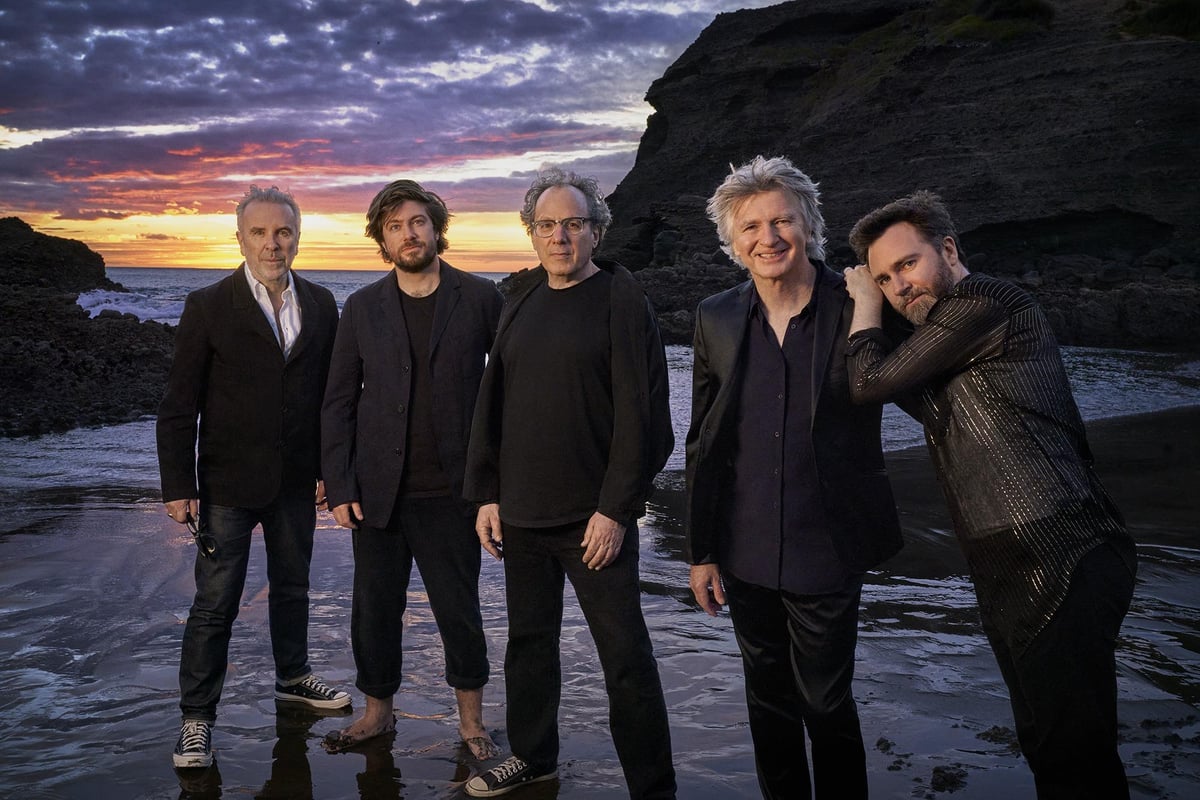 With surrealistic patterns and improvised songs, Crowded House made their hydro performance feel like a club show, writes Malcolm Jack

It’s cliché to say a band made an arena feel intimate, but it couldn’t be more true how personal, funny, and outspoken Crowded House treated a night at the Hydro Mega Bowl like it was just a club show. Big rooms, after all, can hardly phase Kiwi frontman Neil Finn after nearly half a century of playing them with his various musical projects, not to mention the 2018-19 world tour with Fleetwood Mac replacing Lindsey Buckingham.

The 15-million-album-selling, Melbourne-formed pop-rock band did their gleeful best to please the audience’s requests, even when shouted incoherently from up near the rafters, and pulled the setlist from their 36- years of recording history with plenty of 80’s and 90’s radio hits scattered throughout, including Distant Sun and Fall at Your Feet.

The spontaneous and at times surrealistic babble included an impromptu song about security guards’ hi-vis jackets and a throwback to Crowded House’s long history of playing shows in Scotland everywhere from King Tut’s to T in the Park. Australian bassist Nick Seymour made himself even more popular with locals by performing in a black kilt.

Crowded House has always been a family affair, Finn’s brother and longtime musical collaborator Tim has previously played in the band, and now more than ever, with Neil’s experienced musician sons Liam and Elroy joining on guitar and drums respectively. Chosen at the request of the audience, the raspy acoustic lament Lester – a song about the Finns’ late family dog ​​– may have left more than a pair of eyes on stage looking dewy.

A duo of meteorologically-themed favorites Four Seasons In One Day and Weather With You finally got the audience on their feet. There they stayed for a pinnacle masterclass in Antipodean-style Beatles-esque melodies and harmonies, from Don’t Dream It’s Over and It’s Only Natural to a cover of Neil and Tim Finn’s new wave band Split Endz’ I Got You from the 1970s and a degree, nothing says better than Better Be Home Soon.