Ms Marvel Episode 6 Recap: Iman Vellani is impeccable in one of the best Marvel shows of the year 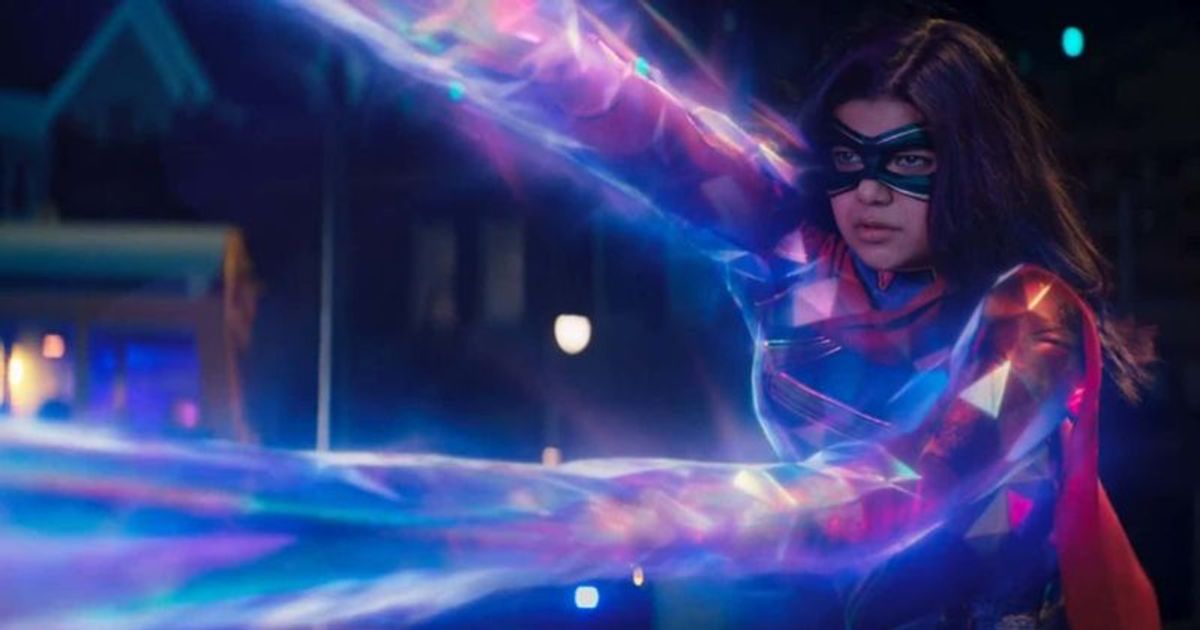 The final episode of Ms Marvel is finally out on Disney+. Created and written by Bisha K Ali, the series revolves around Kamala Khan (Ms Marvel) from the legendary Marvel Comics. The series is part of the Marvel Cinematic Universe and was directed by Adil El Farbi and Bilall Fallah. Ms Marvel is produced by Marvel Studios and is executive produced by Kevin Feige and Ali.

The official synopsis for ‘Ms Marvel’ reads: “A great student, avid gamer and voracious fan fiction writer, she has a special affinity for superheroes, particularly Captain Marvel. But Kamala struggles to adjust at home and at school — that is, until she gains superpowers, like the heroes she always looked up to. Life is easier with superpowers, right?”

In Episode 6, we see New Jersey police officers set out to capture Kamran (Rish Shah) because they feel his extraordinary superpowers can pose a threat to civilians and the world. They go to the mosque again for the third time and ask about him and Kamala. However, the president of the mosque, Nakiya (Yasmeen Fletcher), very skillfully saves Kamran from them and foils their plans.

At the beginning of the episode we see a terrified Kamran who got his mother Najma’s (Nimra Bucha) powers and is unable to handle it. Bruno takes care of Kamran and both of them are soon running around town hiding from the police until Nakiya takes them to the mosque. They are later also joined by Kamala in her superhero avatar.

Then, Kamala, Bruno (Matt Lintz), Nakiya, Zoe, and Aamir devise a plan to get Kamran safely to another location within the school. After the police break into the school, an intense chase ensues between them. The police officers are exhausted when their attempts are thwarted by Kamala.

Later, Kamala tells Kamala the truth about his mother’s death and he loses her. He runs outside and when the police try to catch him, he publicly uses his powers to save himself from them. Kamala also steps forward to save him. She uses her enlarged hands to create a protective shield around Kamran and herself, hiding them both from the chaos outside. She tells him to accept his new reality and leaves a huge dent in the road, begging him to leave and Kamran leaves.

From Avengers-crazy high school teen to shiny superhero, Iman Vellani has once again demonstrated her incredible talents. She transitioned into the role so smoothly, you’ll think she’s Kamala Khan. The other actors also continue to stick to their roles with conviction.

Overall, Ms Marvel on Disney+ is a perfect blend of fantasy, sci-fi, adventure, family, romance, love triangles and an outstanding portrayal of Pakistani culture meets American culture. Iconic songs like “Pasoori”, “Ko Ko Korina”, “Peechey Hutt”, “Disco Deewane” and “Tu Jhoom” have added richness to the series desi Taste. It’s a mind-blowing and well-written series with an intriguing and catchy plot, brilliantly shot and conceived by the creators. Personally, calling this one of the best Marvel series this year isn’t wrong.