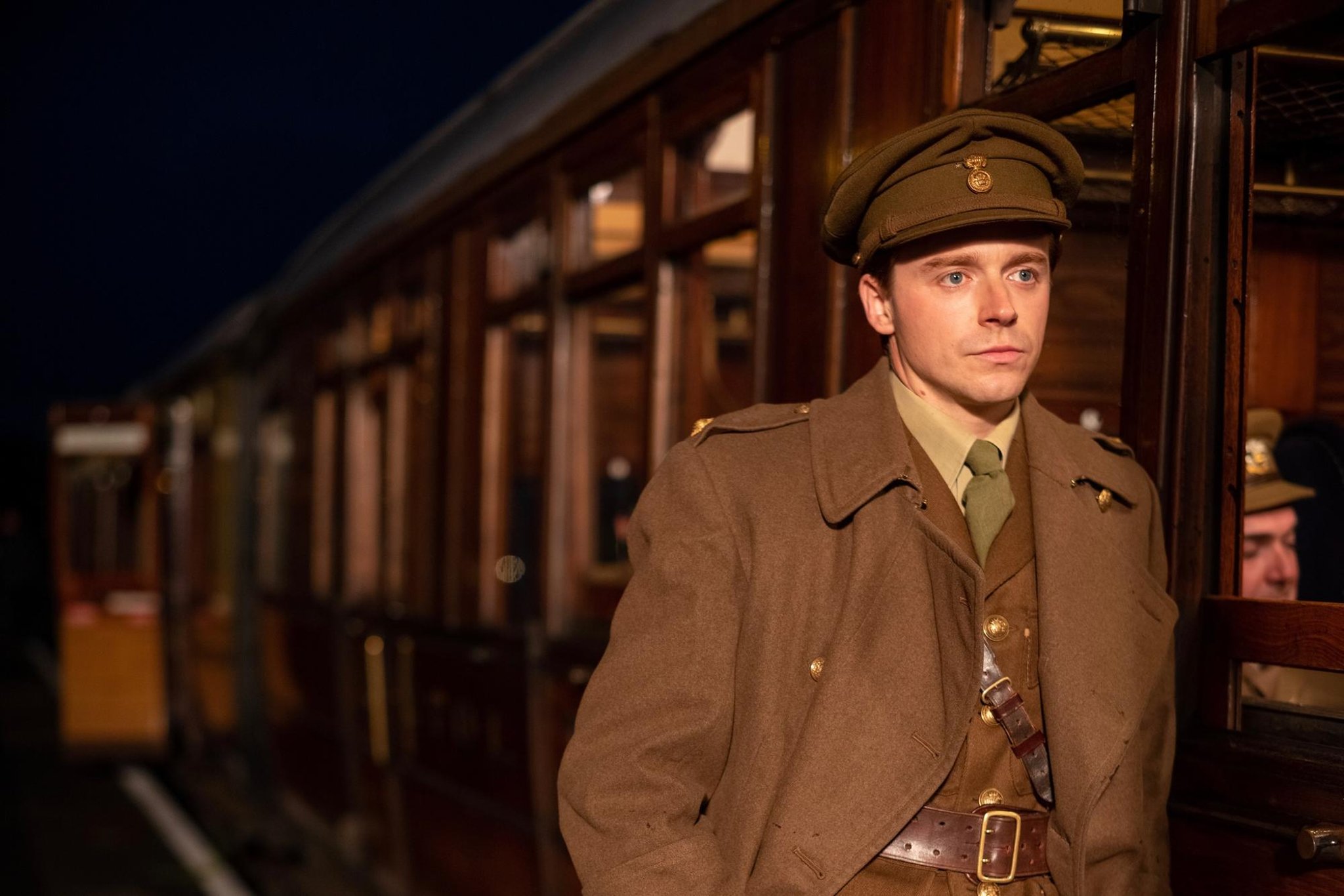 Based on the life of Siegfried Sassoon and starring Jack Lowden and Peter Capaldi, “Benediction” paints an unflinching portrait of a man who knows everything about himself except how to find peace, writes Alistair Harkness

Like his Emily Dickinson biopic A Quiet Passion, the latest Terence Davies film blessing uses the life of a poet for a scathing, nostalgia-free journey into a war-torn past. That past is Britain during and after the First World War, and the poet is gay writer Siegfried Sassoon, a decorated soldier who became a prominent critic of the conflict.

Played by Jack Lowden as a young man and by Peter Capaldi in old age, Sassoon’s disdain for the trappings of convention can’t tear him out of the life of regret he seems to fulfill, something Davies hints at early on by equating Sassoon’s ineptitude with the horrors of war with his complex feelings about his own sexuality. While committed to a psychiatric hospital in Craiglockhart, Edinburgh, he begins to develop an interest in the latter, where he meets the soon-to-be-acclaimed war poet Wilfred Owen, on whose life and short career Sassoon will have a profound impact, but whose success , courage and Death at the Front are meant to eat away at him as he drifts through the post-war years, unsuccessfully seeking happiness with the Bright Young Things, who seem content to live the kind of frivolous, semi-open life he can. Don’t allow yourself to enjoy.

Lowden gets the lion’s share of screen time here, and Davies’ penchant for tableau-like compositions gives him plenty of room to tease out the self-loathing inherent in Davies’ sharp script. But as the film leaps forward in time, the shock of Capaldi’s sour performance as an older Sassoon railing against a modern world adds to the ultimate tragedy of a man who knows everything about himself except how to find peace.

Despite the common title, Norwegian horror The innocent is not a remake of the 1961 adaptation of Henry James’ ghost story The Turn of the Screw. It is, however, a similarly chilling and psychologically nuanced portrait of the traumas and horrors of adolescence, albeit one done in the uncompromisingly dark way how his youthful protagonists deal with and deal with inexplicable forces is also reminiscent of Stephen King.

Set in a Norwegian housing estate where seven-year-old Ida (Rakel Lenora Fløttum) and her severely autistic sister Anna (Alva Brynsmo Ramstad) have recently moved, the film first bases its more fantastical elements on her troubled relationship with younger Ida, which she engages in casually Cruelty to Anna to vent her frustration at having to spend the summer holidays keeping an eye on her for her busy parents. Gradually, writer/director Eskil Vogt (recently nominated for an Oscar for co-writing Joachim Trier’s Worst Man Alive) shifts the process into the realm of the uncanny. Ida befriends misfit Ben (Sam Ashraf), who appears to have telekinetic powers, while withdrawn Anna forms a psychic bond with Aisha (Mina Yasmin Bremseth Asheim), a kinder child with a telepathic ability to sense what is happening to her feels.

Vogt never falls into the trap of explaining these strange occurrences; Instead, he introduces us to the ins and outs of each child’s individual family life, carefully crafting a visual language that captures the perspective of his young characters (all played by first-timers, all excellent) while also suggesting something mysterious and ominous in the alienating, isolating nature of theirs Apartment high-rise complex.