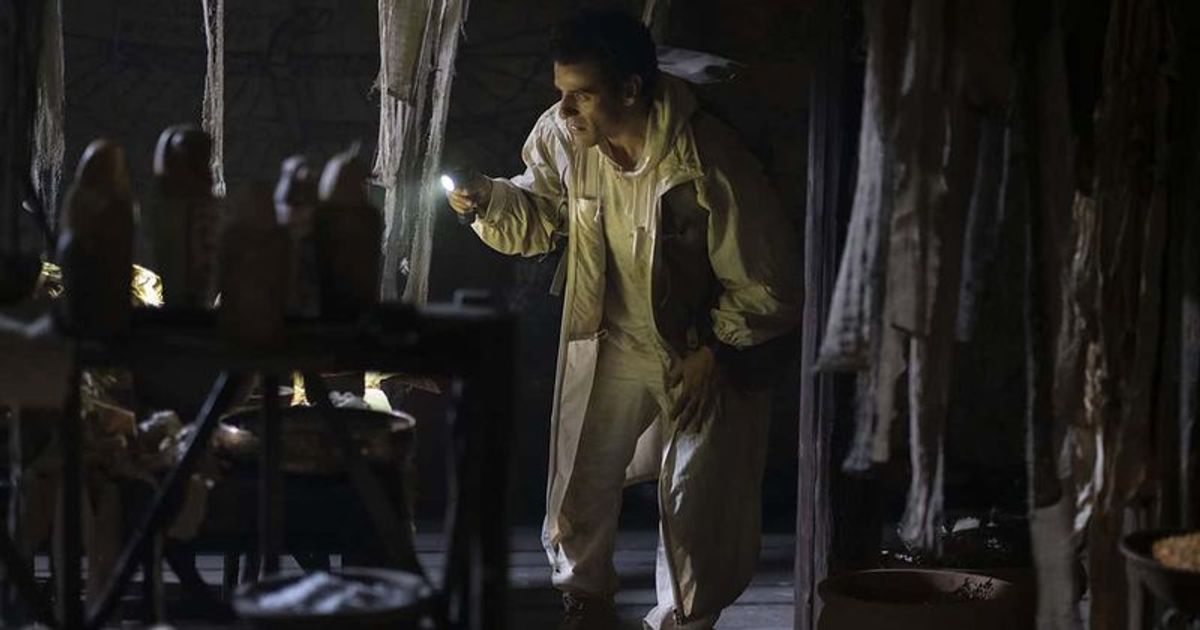 Layla El-Faouly (May Calamawy) takes center stage in ‘Moon Knight’ Episode 4 ‘The Tomb’. The chapter serves as an origin story of sorts after Layla was introduced in the show as Marc Spector’s (Oscar Isaac) wife. While there is a budding love story between her and Steven Grant (Isaac again), there’s more of her and her past in the episode.

The character who gets the most screentime as fends off a lethal mummy-priest creature, and even her tough-as-nails attitude towards Arthur Harrow’s (Ethan Hawke) cold killer side shows that she is a sheer badass. However, he uses her father as a way to dent her by saying that Spector knows more about her father’s death than he’s letting on. At the other end, Steven makes some massive inroads in finding the tomb and retrieving Ammit only to be shot fatally in the final minutes and wake up in what appears to be a mental facility.

‘The Tomb’ ends on an absurd note, but the events serve as the perfect entrance for Jake Lockley, the third and violent avatar of Spector. With two episodes left in the series, expect the next one to be an absolute humdinger, but it’s episode 4 that sets the tone with a climax that reminds Marvel ardents of ‘WandaVision’ episode 3. As far as the villains go, Hawke’s Harrow shines as a cold-blooded killer. He’s not the one to make wisecracks and have an evil grin, but Harrow has a way of getting under people’s skin and does so with absolute disdain.

‘Moon Knight’ continues to be suspicious and breezy. It also seems to have fixed up the CGI issues. This series is a gutsy move, especially after how Marvel’s ‘Eternals’ panned out and much of the credit goes to Isaac for dishing out a solid performance. Calamawy finally gets her much-deserved screentime and come episode 5, the action and trademark MCU elements will only be heightened. As usual, there is no end credits scene yet, but with two chapters left, we’re guessing we may see at least one next week. Stick to this one as it promises to be an epic ride.

‘Moon Knight’ Episodes 1-4 are available for streaming on Disney+